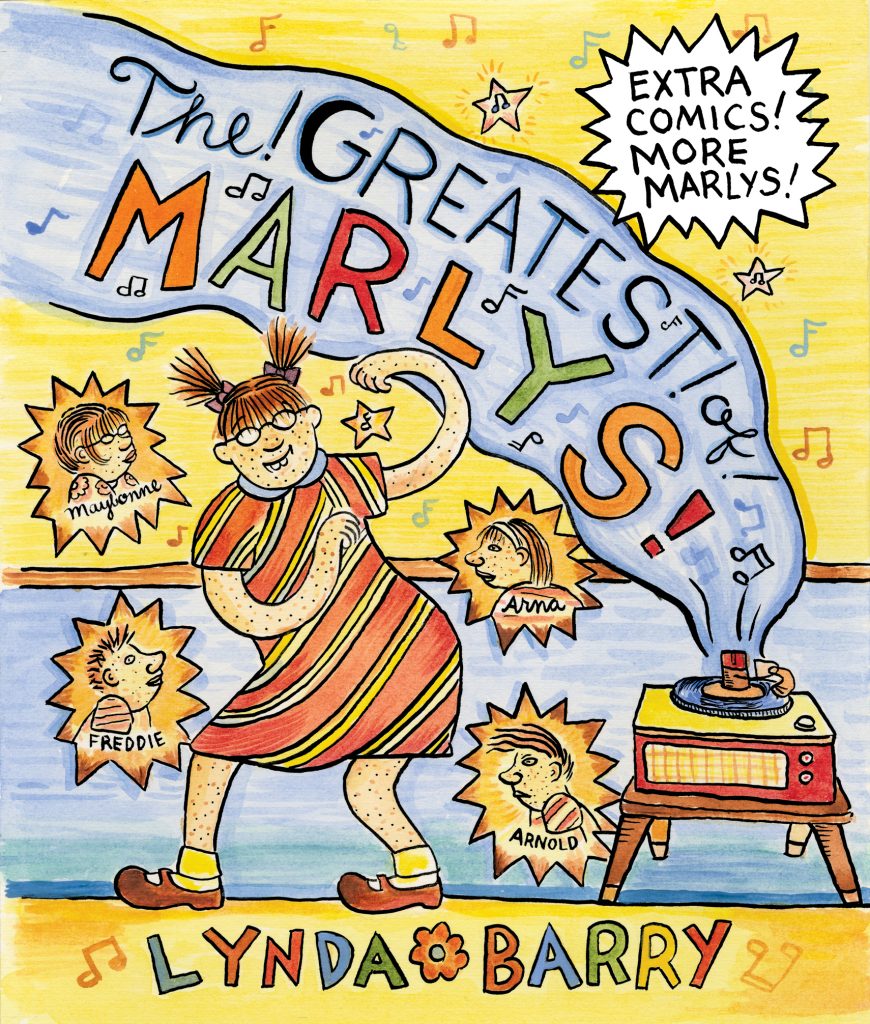 There are a million, billion coming-of-age stories out there, but few truly evoke the nostalgia and poignancy of childhood like Lynda Barry. I fell in love with her work a while ago when I read One! Hundred! Demons! It stuck with me long after I’d read it, so I was super stoked to get a chance to review her latest work The Greatest of Marlys.

Marlys is a best-of collection from Barry’s long running comic strip Ernie Pook’s Comeek. The strip follows the adventures of eccentric eight-year-old Marlys Mullen along with her family and friends as they maneuver through the ups and downs of childhood. Each character is spot-on in the bizarre, delightful weirdness of being a kid. Marlys’ enthusiasm for life is endearing, and it’s rare to see such an accurate and nuanced depiction of an eight-year-old. She and the rest of the charming brood think like kids and act like kids and deal with the realities of life with all the strange complexities of kids. There is no trace of an adult voice in Barry’s characters, allowing them to speak directly to a younger audience.

Save for a few, each four-panel strip is a stand alone story. While most stories are about kids being kids, there are a few that deal with tragedies and the hard, cold lessons that can only be learned through experience. Barry doesn’t shy away from the sadness of reality and tactfully deals these moments in a sincere and empathic way. While still targeted at children, an older reader will feel the pangs of growing up and connect with the comic.

If you’ve never picked up anything from Lynda Barry before, give Marlys a try. Her amazing doodle-like drawings look like they were ripped from a colouring book and offer a sense of whimsy and insight that I hope will stick with you as it did me. (Rayna Livingstone-Lang)