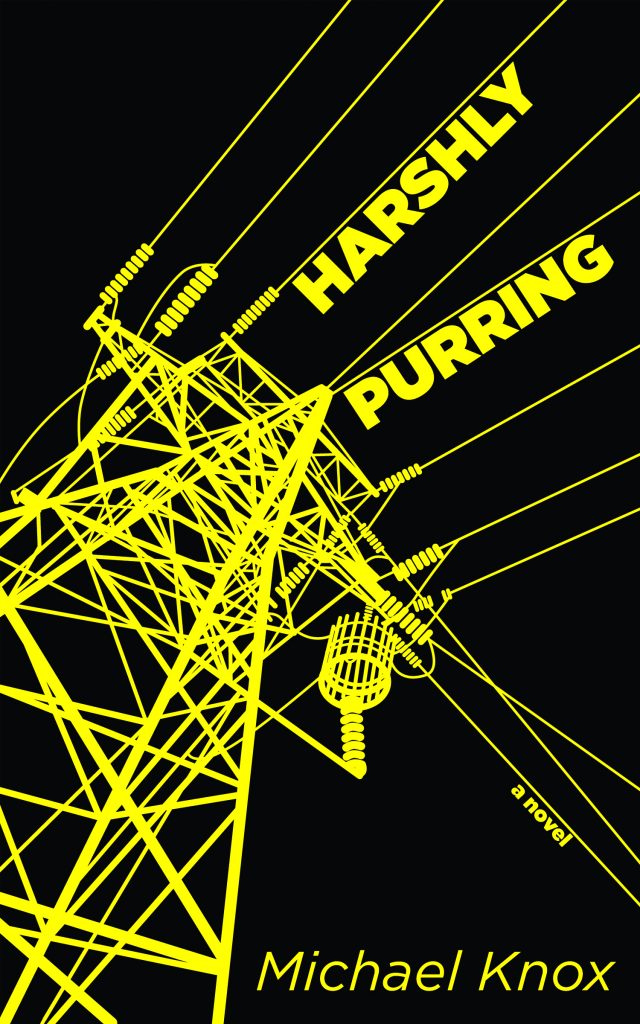 It’s worrying to open up a book and see that theme number one is suburban boredom. To keep the reader, too, from boredom is no easy task. But it’s just the feat that Michael Knox has pulled off in his first novel Harshly Purring. The book is split up into three story lines — three male narrators who take up a third of each chapter. One is a father with a porn addiction and an office job. The second is unambitious, recently dumped, and ready for a committed relationship with chemical drugs. The third is sharp-witted and wealthy, with a penchant for prostitutes. What they all have in common is their neighbourhood down the highway from Toronto.

The writing captures the tone of a relatively smart, white dad. Maybe that means there’s hardly any tone at all, but Knox combats the plainness with captivating observations towards each character’s lifestyles. For instance, he calls porn “the infinite harem of the internet, greater than any Arabian sheik’s.” This leads to musing about misogyny, fatherhood and marriage. Impressive comments are made about addiction, loneliness, dance clubs, sex, and immorality, which are exciting in their insight. Surprisingly though, the drug user is the weak character. The drug trip scenes are entertaining, but his heartbreak isn’t as original as the others’ fatherhood or prostitution habits.

The book runs on insightfulness. Drama, on the other hand, is sparse. Harshly Purring dips its toe into moments of high tension but never dives in — shocking events never control the story line. But what it lacks in action, it makes up for with a well-tempered narrative and witty writing. Knox has introduced himself as a smart fiction writer. (Colin Brush)