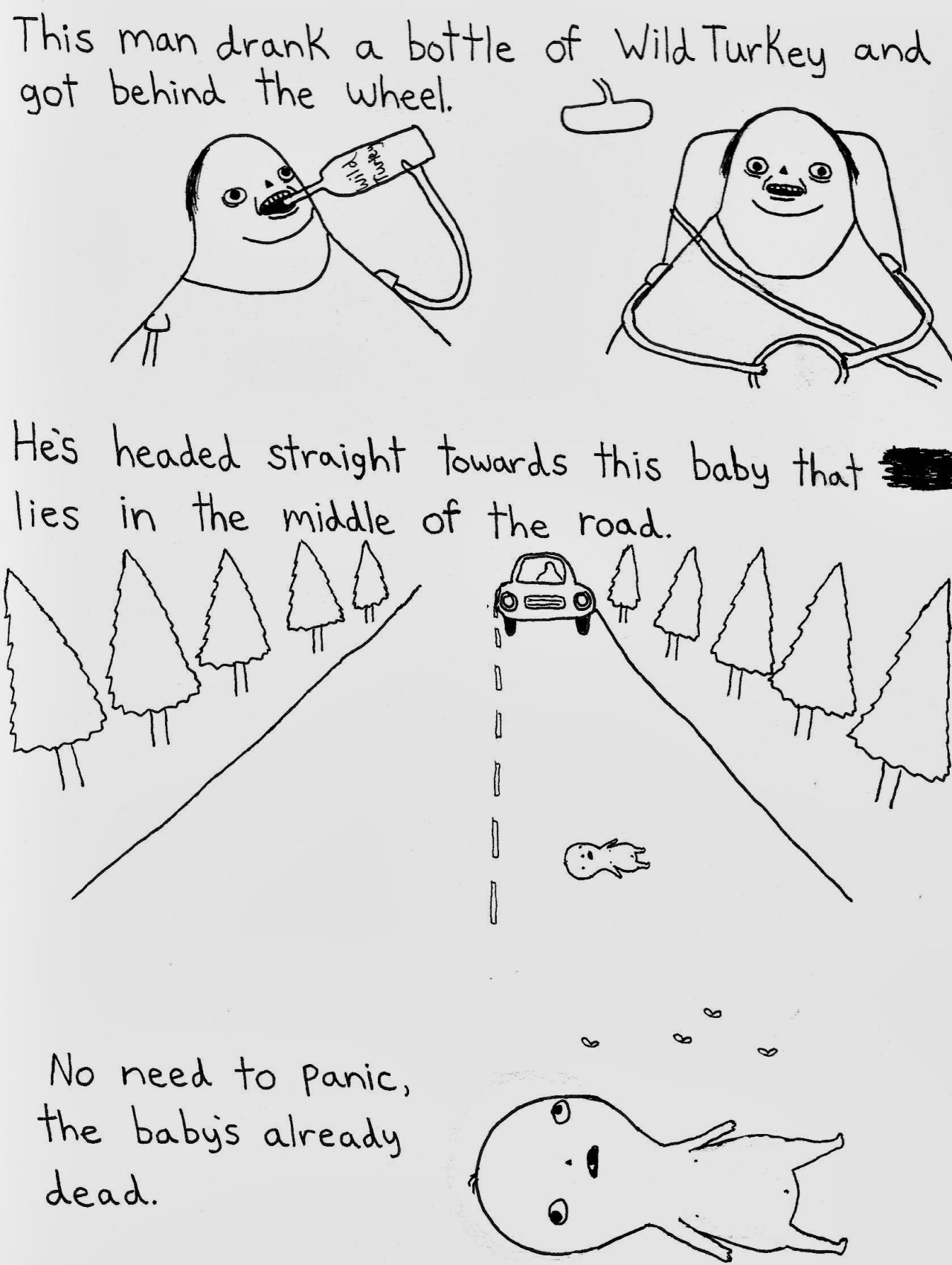 You don’t need to love pink slime to get into Chicken Nugget Comics. The fourth issue of this naughty little effort features many nugget-shaped rascals, all running amuck in various ways. The content includes, but is not limited to, sex, drugs, swear words, murder and the occult. These are served bite- sized, dipped of debauchery and basically seen in plain view. It appears creator Erik Rogers is aiming to shock. It’s not so much that his efforts are perverse, but they’re rather just rude and a bit kinky. That said, don’t take that to mean that this is a mere “zines behaving badly” episode for the sake of… well, behaving badly. It’s actually fairly cute and the nugget baddies are pretty charming, even when they’re telling each other to F-off or shown in various states of undress. You could almost argue there’s a weird sense of community amongst all the characters, even though there’s no real storyline to follow and everything is shown in chunks rather than something that flows. That’s cool. It’s almost better that way because it allows Rogers to pack more jabs into the comic. The alternative might be “a bit much” and be better hosted on an expired web journal, in lieu of a hard copy that one might actually send away for. (Cam Gordon)