This excerpt is by Welland, ON-based illustrator Theodore Ziegler. Two years ago Ziegler sent Broken Pencil a long letter detailing his career (he’s an accomplished painter, and also illustrated the cover for the re-release of Mortdecai Richler’s The Apprenticeship of Duddy Kravitz.) Ziegler also sent us three utterly bonkers self-published comics he made with his friend Martin Edmunds, including the very weird and excellent Cosmic Comic Trip (2001). We were blown away by the fearless and gonzo qualities of Ziegler’s work as well as the entirely warped life philosophies they envisioned and after several phone calls we are now re-printing these comics for the first time in Broken Pencil. Enjoy! 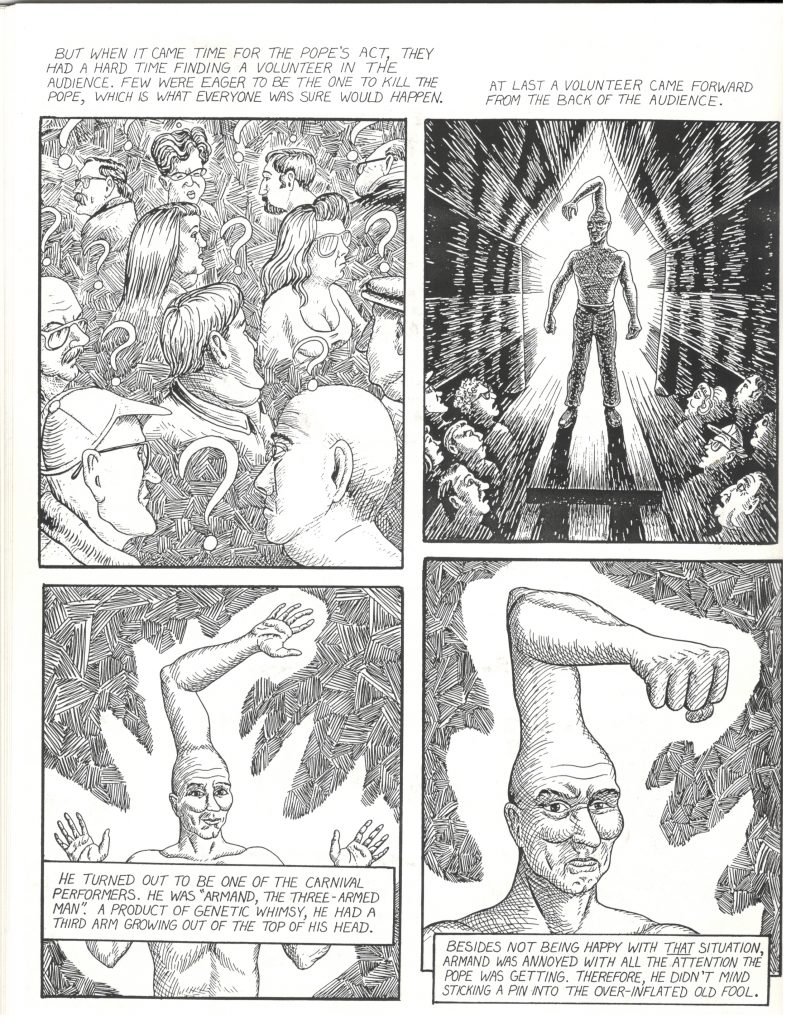 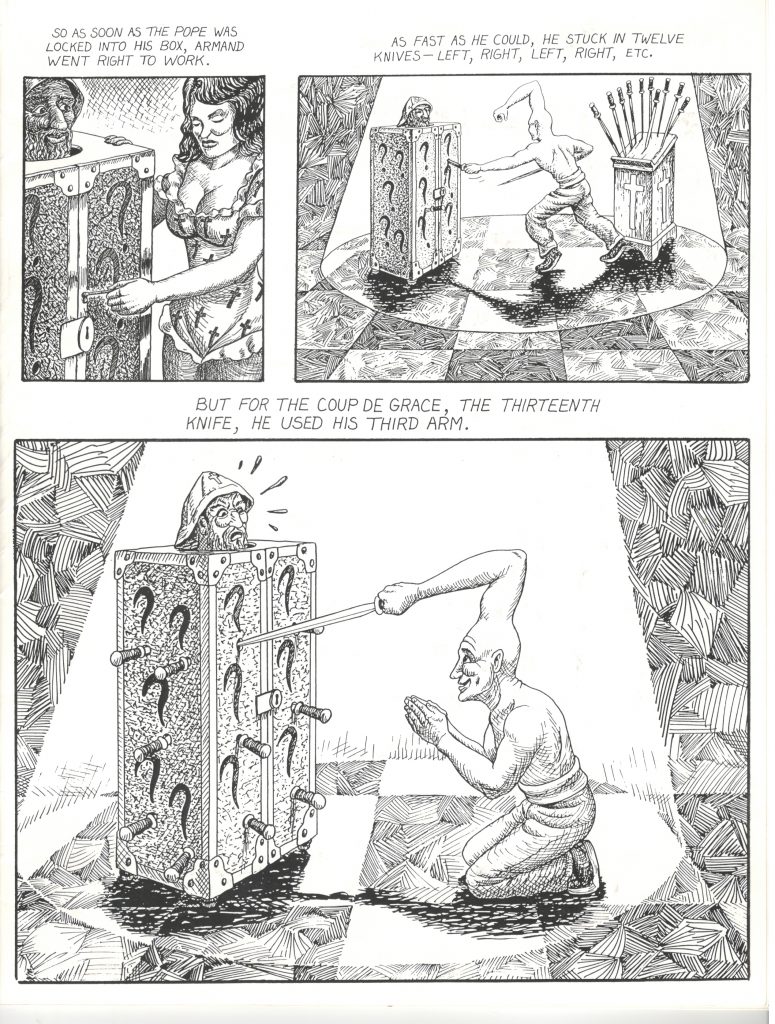 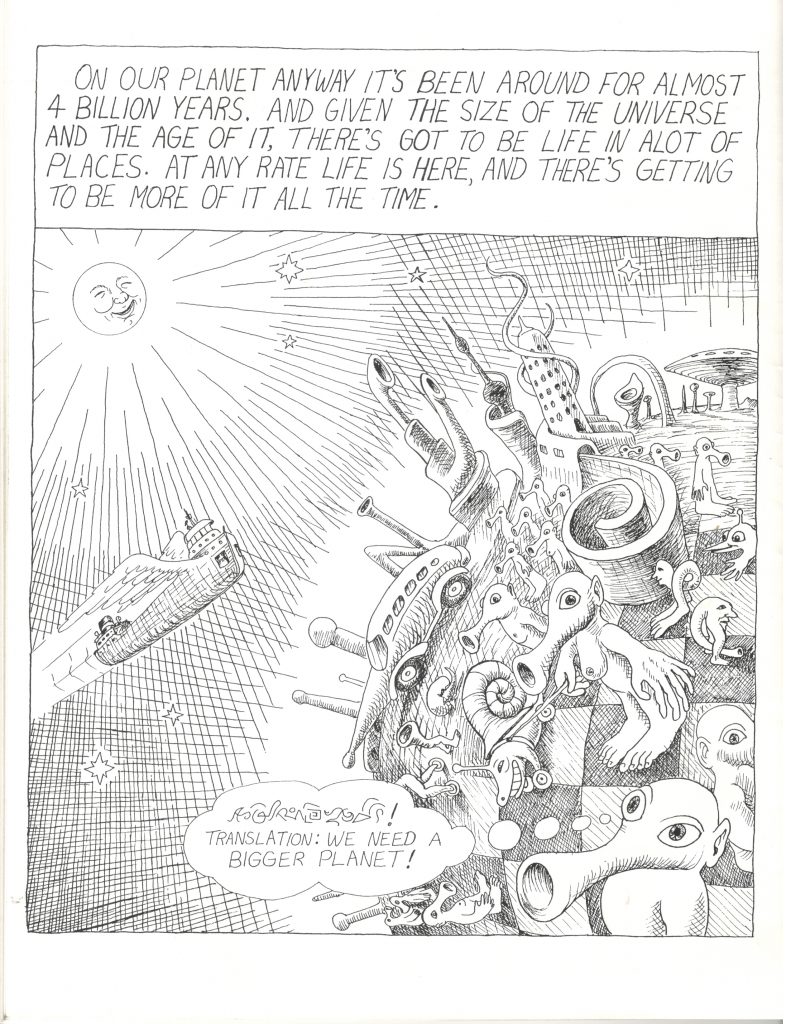