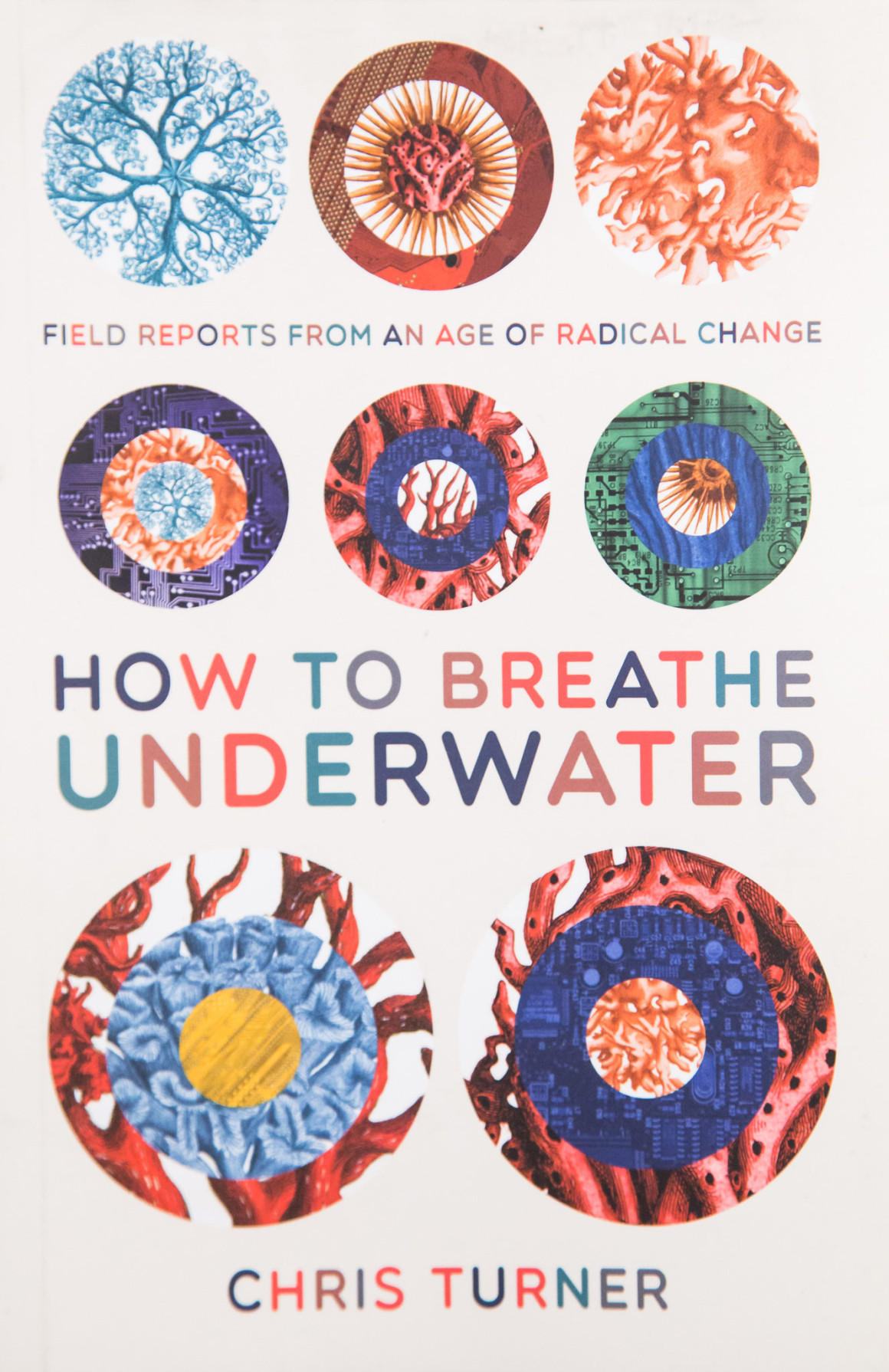 No, Chris Turner’s latest book will not teach you how to breathe underwater (damn!), but it will reaffirm the crucial importance of long-form journalism in a Canadian media landscape that’s increasingly devoid of venues that are willing or able to publish it. Actually, that’s the first thing that grabs you in How to Breathe Underwater — Turner’s impassioned argument in its introduction for more feature-length narrative non-fiction in this country: “We’re in danger of losing a whole art form by attrition and commercial myopia. Because on dark days I feel like I spent 15 years honing an obsolete craft.” You and me both brother; you and me both. Underwater collects Turner’s best previously published pieces and proves just how powerful the best narrative non-fiction can be.

Turner has a striking ability to put you in the centre of the action. Witness him poolside at a hacker convention: “You could do a detailed anthropology of this scene simply based on what’s written on people’s t-shirts. Don’t get caught. Go away or I will replace you with a very small shell script. I will not instigate revolution. And so on.” On hiking in The Great Bear Rainforest: “The river around us was mildly pitched, growing steeper by the yard and so thick with salmon in their final spawning death dance that sometimes they bumped our boots.”

Turner is the consummate observer, constantly seeing things no one else picks up on, and always making profound connections between many seemingly unrelated phenomena. For example, the titular makes the case that to save what’s left of the Great Barrier Reef, we must save the sport of scuba diving.

Turner’s real gift is attacking things from a different angle, and while I mourn his loss as a cultural commentator the way he was early in his career (Planet Simpson, anyone?), what the world has gained is an environmental reporter who prefers to focus on what’s working rather than all doom and gloom.

That’s the greatest thing you take away from this collection — a case for hope in humanity and our amazing capacity to adapt to our greatest challenges. Turner is one of Canada’s greatest chronicler’s of the human response to radical change. There certainly should be more room in Canada for long-form features, and Turner’s output alone offers ample justification for this in his career-spanning anthology. (Aaron Broverman)