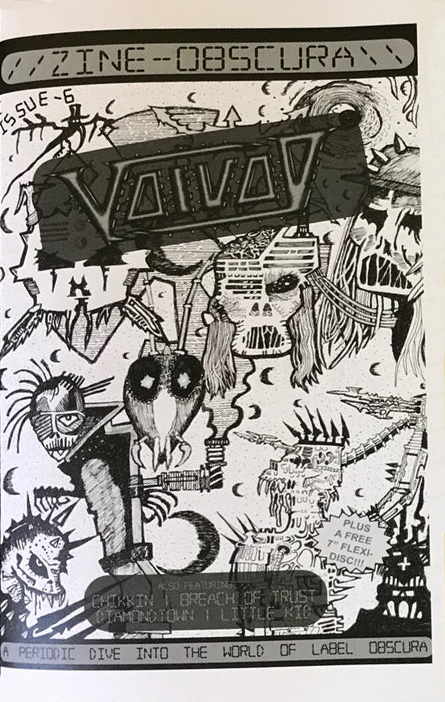 Label Obscura — the Toronto record label that produces this zine — started as a reissue project, turning out Canadian indie classics on vinyl, but in recent years they’ve expanded into new releases. Their Zine Obscura series mirrors that duality.

The feature article in the sixth issue is an interview with drummer Michel Langevin of Quebec heavy metal act Voivod on the eve of the band’s 40th anniversary. It works as both a career retrospective and an examination of music-making during a pandemic. The interviewer (Francella Fiallos) comes off as a little too eager, her questions and comments peppered with exclamation marks.

Also included are interviews with recently-formed maritime supergroup Diamondtown (a flexi-disc single of theirs comes bundled with the zine) and defunct Indigenous rock band Breach of Trust, as well as an ill-advised attempt to combine a navel-gazing essay with an interview with the band Little Kid. The most intriguing entry in this issue is an excerpt from Canadian Glam, an in-progress book by Robert Dayton, that details the one-album success of enigmatic Toronto group Chikkin. Dayton warns: “Some fucking tastemaker is inches away from latching on to it.” 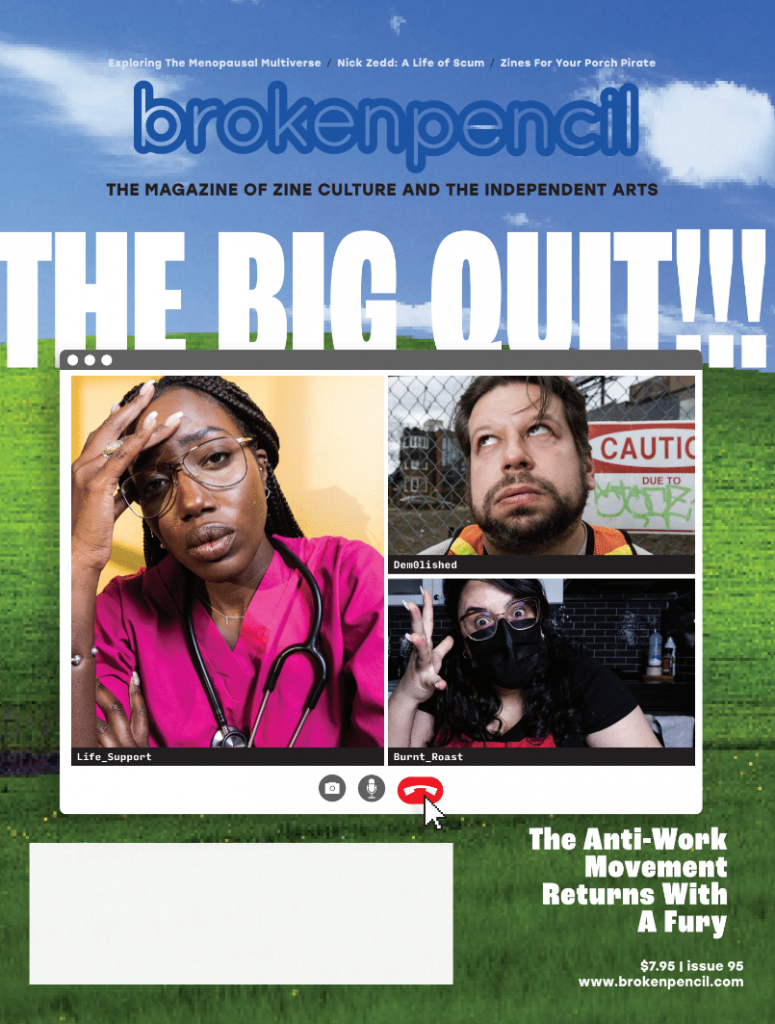 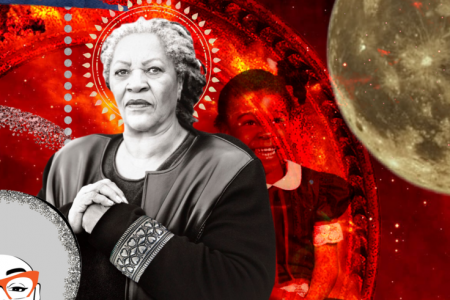 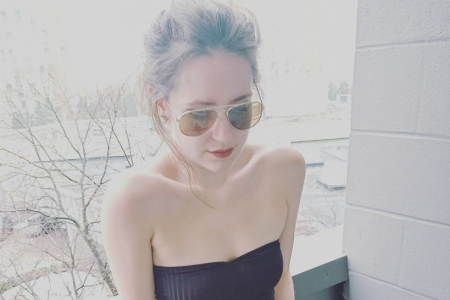 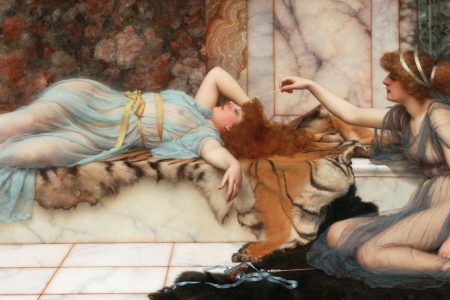