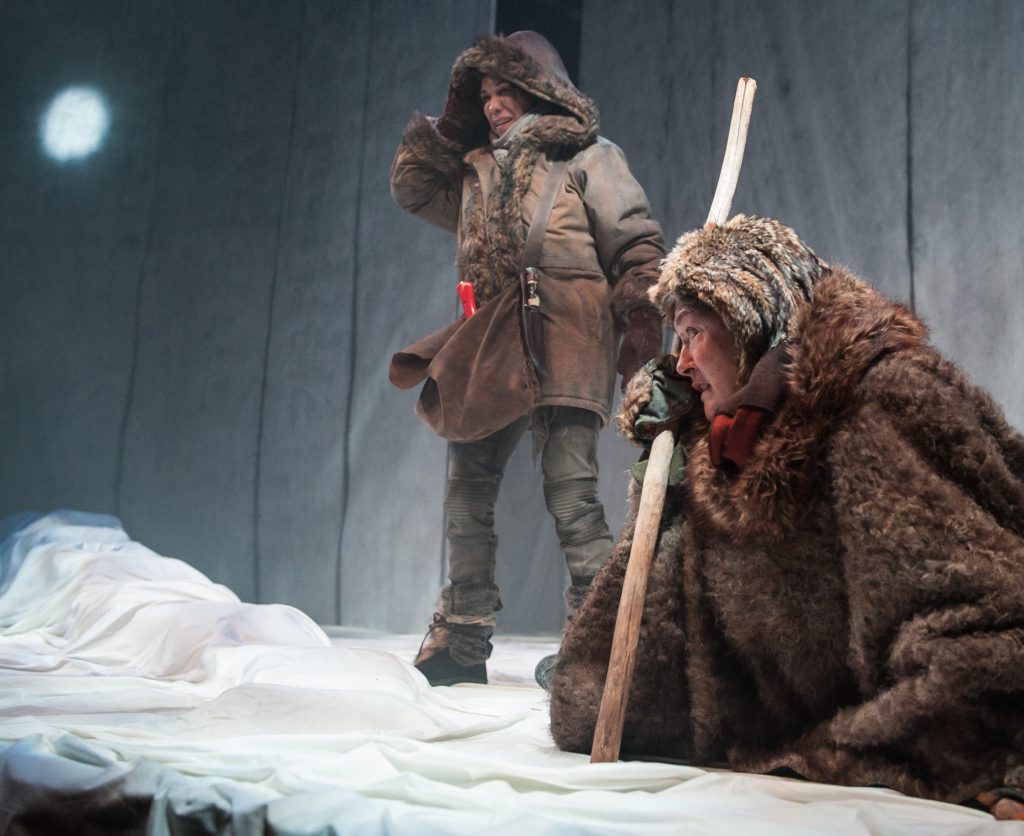 Photo of The Unplugging, featuring actors Allegra Fulton and Diana Belshaw, by Akipari

The Factory Theatre has seen some changes lately. The 45-year-old Toronto-based venue has outfitted themselves with a brand-new staff and a rebranded tagline, “Factory: Theatre with Grit.” Much of this comes from the theatre’s newly appointed artistic director Nina Lee Aquino, the youngest woman of colour to helm a venued theatre in Canada.

Under Aquino’s leadership, the theatre — which prides itself on producing Canadian-only content — has been ushering in a variety of challenging new works for its 2014-2015 season. These include Twisted, a re-imagining of Oliver Twist in Toronto’s Regent Park area, and the Aquino-directed work The Unplugging, described as “an aboriginal post-apocalyptic feminist manifesto”.

What does it mean when theatre is described as “gritty”? Aquino says she gets to interpret it in her own way. This includes a renewed focus on the intersectionality that happens in Canada as a result of multiple cultures existing within one country. “A lot of this really isn’t little, pretty, tied up nicely in a bow stories,” she says. “A lot of it is dark and angry and a lot of it is political; a lot of it is bold and unapologetic.”

Unlike larger theatre companies who provide a sense of escapism, Aquino wants the Factory audience to walk away asking questions, to look at the world around them differently. Currently, theatre in Toronto is not where Aquino would like it to be in terms of the types of stories being showcased, the actors on stage and those behind the scenes. “Until the gate keepers of the larger theatre companies start telling stories from different perspectives, the lack of diversity will continue,” she says. However, she says the “little triumphs” still exist.

Indie theatre is where Aquino looks to for innovation and diversity, where some of the best artists reside. “One of my goals is to cast my net over there and bring them with me to here and be a home and creative space for a lot of the non-venued independent theatre artists and theatre companies,” she says. “As long as they exist, then there is always hope.” (Carissa Ainslie)