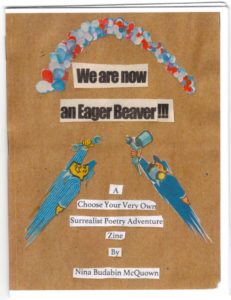 It’s a sure bet that Movin’ Out — “The Journal of the Trucking Industry” — doesn’t often serve as the fodder for experimental poetry. Nina Budabin McQuown also mined The Militant (a Socialist newspaper) and Robinson Crusoe for the ranso note style, cut and paste text that fills this “Choose Your Very Own Surrealist Poetry Adventure.”

The splicing together of these publications is regularly clever, though it leans toward Mad Hatter speak. Pages tend to be coherent (relatively speaking) within themselves, but it’s rare that a move to a new page continues a thread from the previous. This non sequitur style is an expected facet of surrealism, but the endings to this choose-your-own-adventure trip are thus not as fulfilling as one might desire. There are five potential conclusions, but it’s also possible to read yourself into a never-ending loop of passages.

Predominant themes and recurring imagery include fire, engine repair, goats, farming, bodies and body parts, time and the future. There are recurring characters as well. The way they glide in and out of the narrative, and the way they’re described, is reminiscent of William Burroughs. 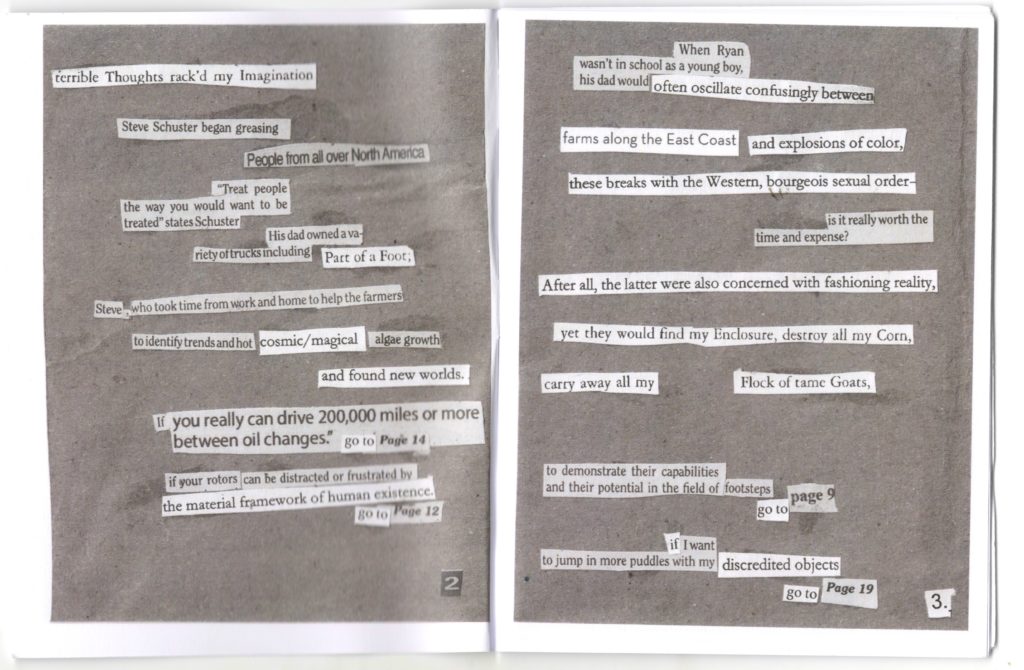