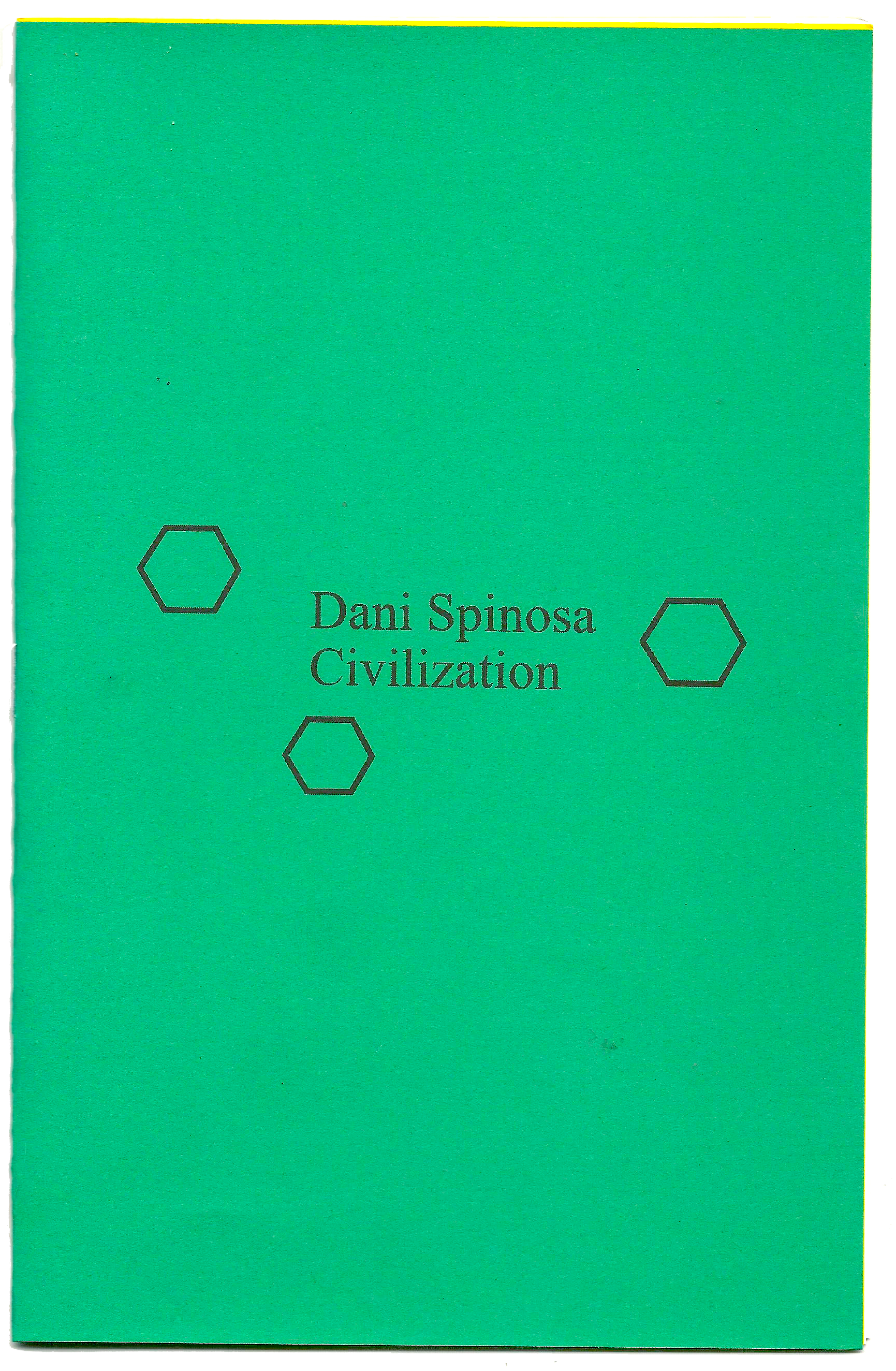 It’s the first day of school, class is in session, and today’s subject is history — or something like it. Oh, and hopefully your desk has a seatbelt, because Civilization will blow you right through the classroom wall. Dani Spinosa, an experimental poet, typesetter, and co-founder of the experimental feminist outfit Gap Riot Press, lives up to her reputation as a proven poetry punk as she takes you on lurching and disorienting tour of domination across oceans and centuries.

The chapbook’s voice is a practice in momentum, and each page brings a different colonization and a new opponent. It visits Victorian England and the fall of Rome, speaking as Moctezuma, but a unique version of the conqueror, one who is hellbent on capturing Charleston. Spinosa’s references spin and spill forth with such confidence that you’ll regret not paying attention in history class more so than you’ll question what you know or don’t about eons long past.

This chapbook’s shape-shifting time-traveling speaker might actually be power itself, personified. Collapsing space and time with such weight and gusto, able to justify anything in the name of expansion and control. Empire is the protagonist, but in the grand scheme of things, isn’t it always?

“It’s 1690. I’m in the Modern era. I declare war on the Spanish and start to move south,” Spinosa writes. “First, I take Rouen, which the Spanish conquered from the French. Later I’ll take Paris, too. The French have lost so much before I even arrive.”

I enjoy the barrage of early civilizations and, as the poet likely intends, I feel confused and challenged by the personality these eras are given. The text’s considerable nonchalance around defeating countries is paired with a fear that eventually they will be the one to get defeated, and I felt the same way about the chapbook — I get it, I’m in on it, or maybe I don’t, I’m not? Of course, defeat is not an option for you, nor for civilization. Wild.