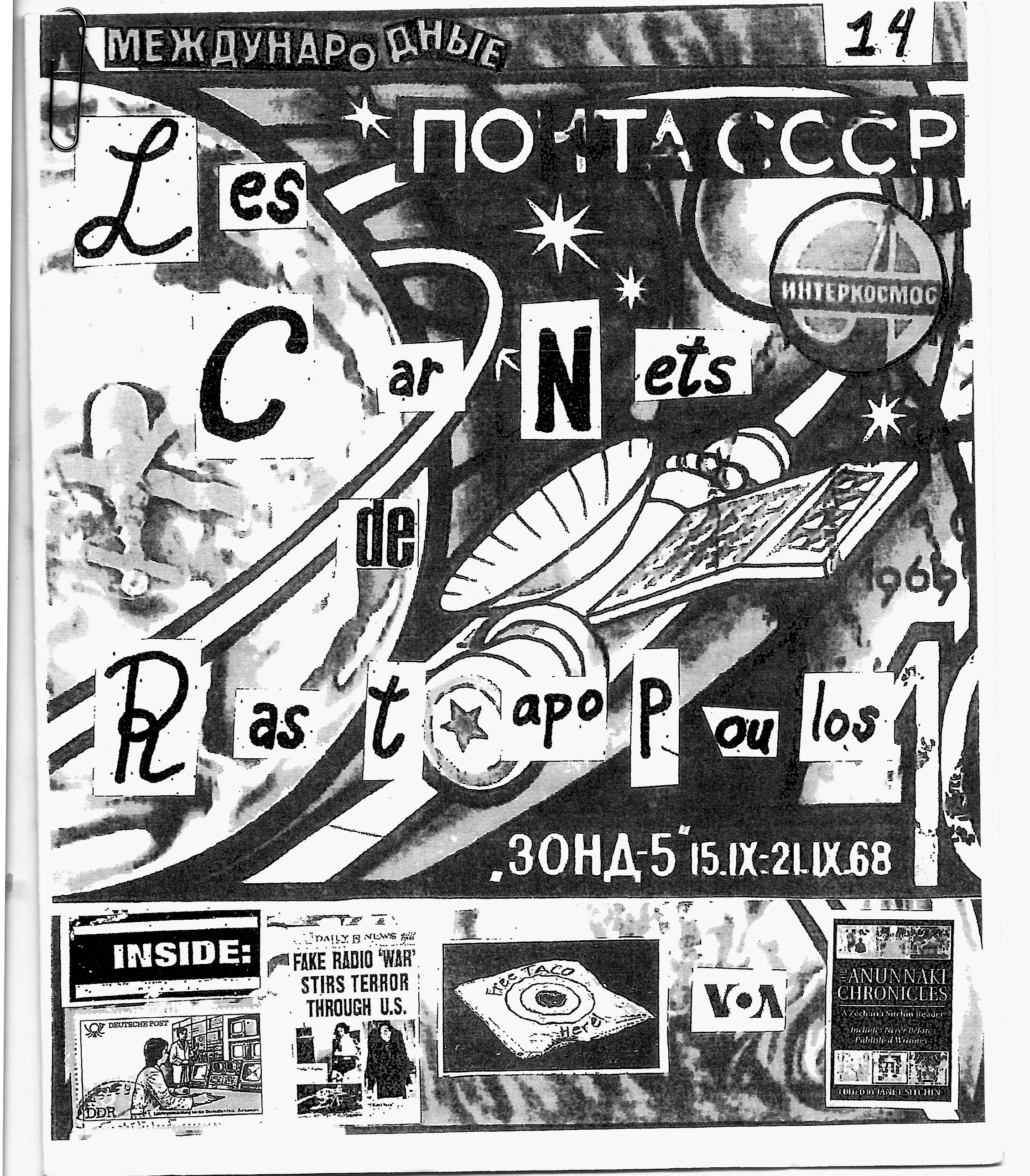 This zine has been with us for more than a quarter-century, and it never dis- appoints in its weirdness and ability to provoke multiple WTF reactions per read. Not surprisingly, this latest edition of Les Carnets feels like an artifact plucked from a forgotten era that, realistically, wasn’t so long ago. Robert Gauvinov uses his zine as a canvas for scattershot thoughts and musings on assorted topics like the Space Race, aliens, hypothetical meteor strikes, Taco Bell and other important topics. The presentation matches. Choppy compositions and plenty of cut and paste. That’s not a bad thing. It’s good. Gauvinov declares his dedication to the zine craft and sounds the charge to keep up a new wave of zine-making.

Remarkably, zines like this feel more subterranean than ever. Many dusty corners of the internet feature like-minded scattershot content, but not many people commit such thoughts to paper anymore. Again, Gauvinov is playing the long game with us all. For anyone paying attention, he seems to get off on mucking about with various conspiratorial topics, twisting them and leaving things all the more mangled in a tongue-in-cheek fashion. It’s all in good fun. Peeps of this kind should be applauded for sticking to a vision that was murky to begin with and by now has become more or less a permanent blur.