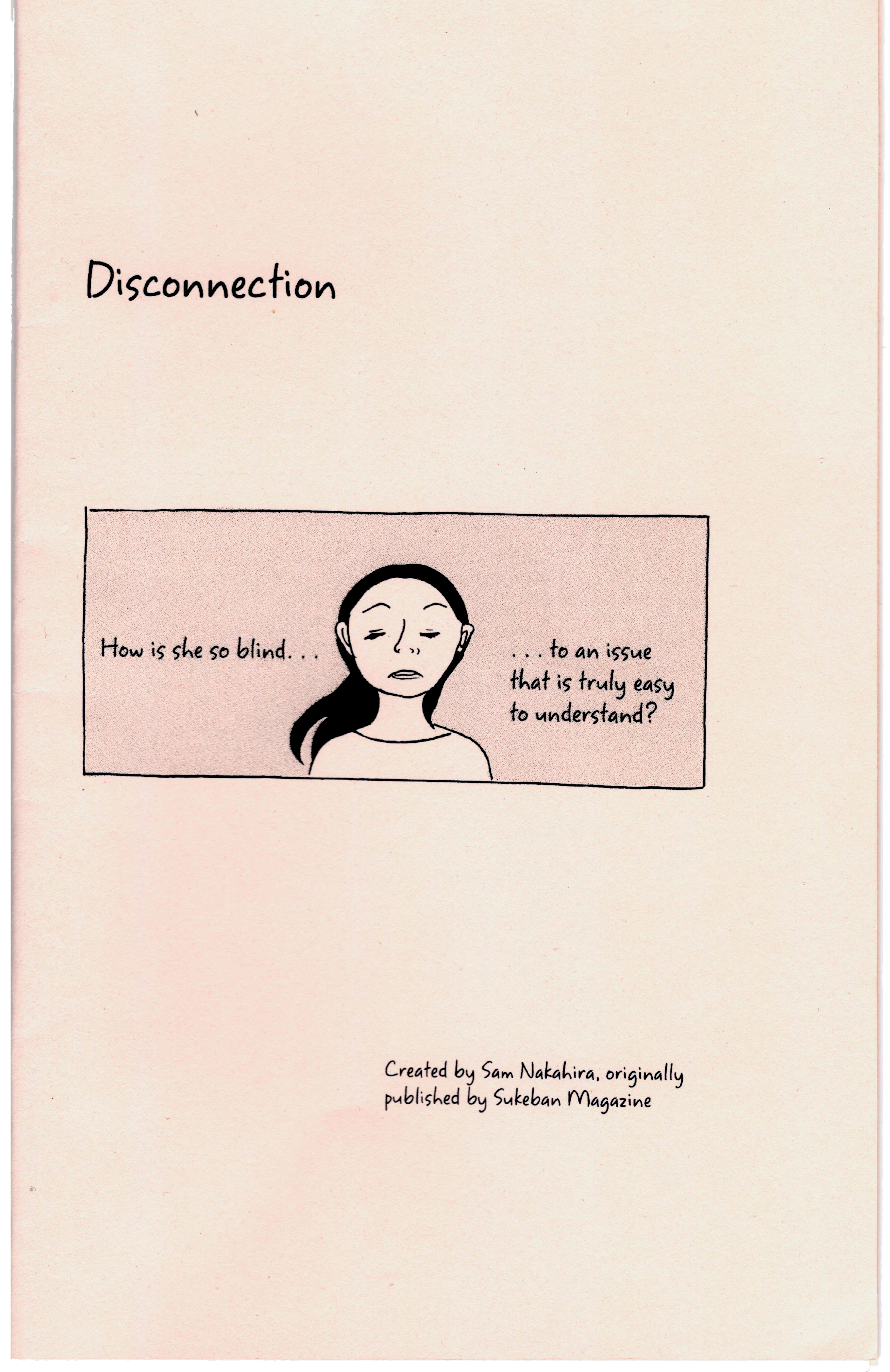 An MFA student at the Center for Cartoon Studies in Vermont, Sam Nakahira is a pretty prolific zinester. Her comics span genres, including historical accounts, autobiographical reflections and fiction. Here, a simple but striking personal story explores the nuances of race, friendship, and perception. In it, Nakahira and an old friend find themselves increasingly alienated by their dissimilar experiences and opinions on racism — her friend dismisses the issue almost entirely. Clean and detailed black and white illustrations ground tense and these problematic moments between close friends. Nakahira captures and carries the sticky feelings of her own sadness, frustration and disillusionment in response to her friend’s hurtful comments, clearly tearing at her own painful experience of racism as an Asian American.

“Maybe she doesn’t want to deal with the hard cold truth of racism. Or maybe she thinks it is only an American problem,” Nakahira thinks to herself, unable to understand how her friend from Shanghai can’t fathom the concept. “There is a selfishness I see in her refusal to understand the world around her.”

Of course, life experiences can play a major role in a person’s worldview, and Nakahira examines these differences in her zine too. Disconnection looks privilege right in the eye, asking those who might turn a blind eye to the plight of their peers to slow down and listen. It shows how racism and prejudice can exist within our social groups, whether subtle or severe, and above all, it poses the question: what can we do about it?