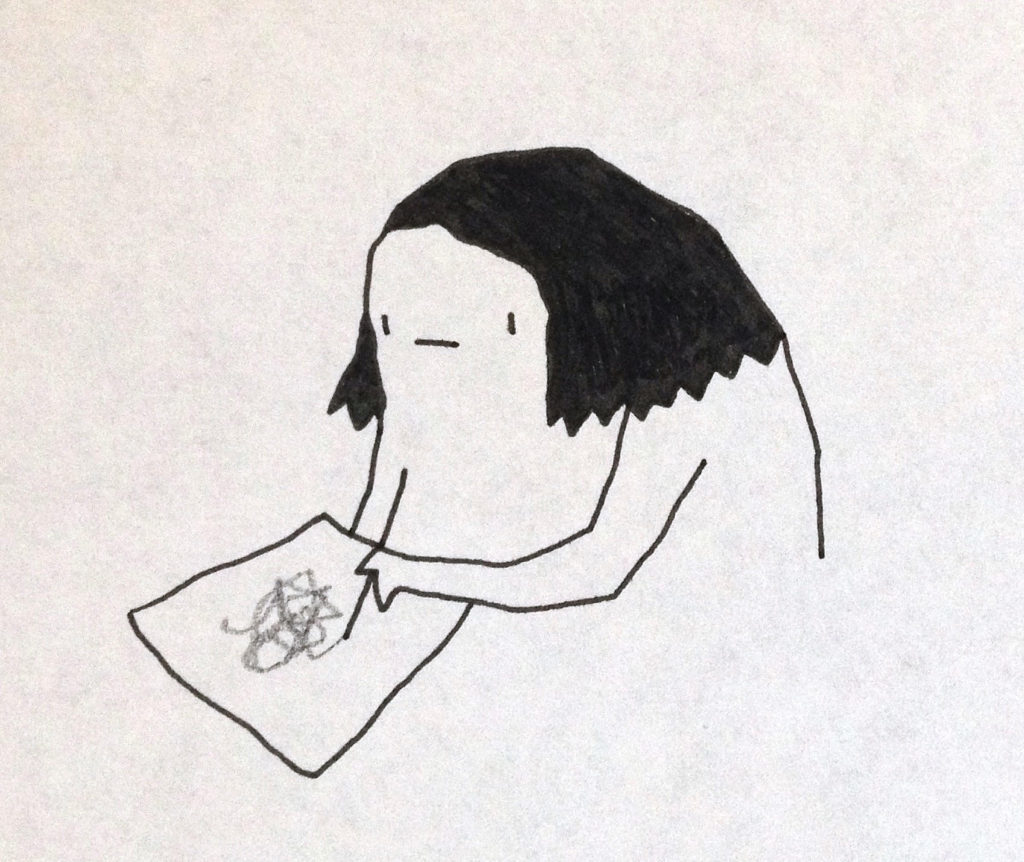 “What if everything is real? … fuuuck!..” a poorly postured, unnamed lump thought-bubbles to himself, with only a sliver of reaction. Full of apathy, Helena Danghin’s leading creatures are piled into physical shape by a heavy existential weight. The second issue of unproductive, now! can, on occasion, burden its reader with its close narration of life under late capitalism, but more often, it bites close to home, and then sublimates it ennui so that we chuckle instead of cower.

Danghin’s series of short comics champion the absurd. “Workplace expectations and their real world meaning” yields a cynical deterrent for those on the ol’ job hunt — a demographic who are simultaneously at risk of falling into the abyss when flipping through the collection. “Effective: taking as long as it takes to do something is not an option” rings a scary truth in our digital age, accompanied by a drawing of one of the few smiling blobs suspiciously holding a pen and paper that reads “Sign here.” Danghin’s minimal style lends itself to the disaffected nature of her work: lots of blank space envelopes these anhedonic nugget creatures that offer our own inadequacies some solace. While its deadpan commentary may hit too close to home for some, unproductive, now! is a reminder that feelings of futility can still be channeled into art — and you might find a few laughs on the way.