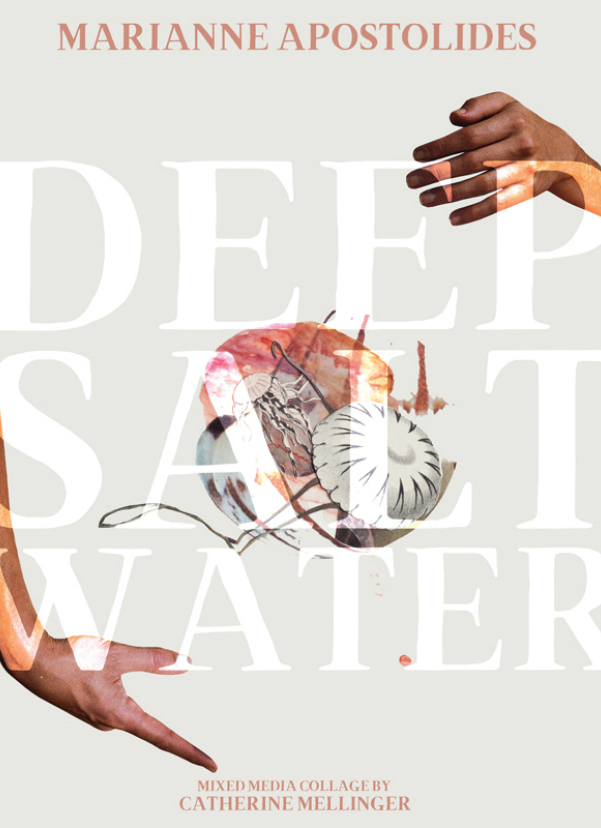 The ocean is a vast home, to births and to deaths — a perpetual ebb and flow of fluid change and sandy permanence. It is also the setting Marianne Apostolides adopts to tell an epic saga of abortion and loss.

In Deep Salt Water, Apostolides traces her own history in conjunction with that of the Earth (a Greek myth of sorts) whose episodes work alongside the gestation of a child, never born. This chronicle brings us into the present, the anthropocene, and from her labour emerges this cleansing and meditative memoir.

Amidst the oft-employed water metaphor, Apostolides plunges to new depths, seeking an origin story for herself. She plunders words for meanings that aren’t found in the standard abortion lexicon: “amnesty” is similar to “amnesia,” perhaps to truly forgive we must forget, and, of course, writing “might be a salve, but it’s not salvation.”

Apostolides struggles to write into existence what is not there, the “gone-ness” that is now, paradoxically, a part of her body. Here, mixed media collages by artist Catherine Mellinger, scattered throughout the text, work to fill these spaces, to animate “dis-appearance” with beautiful, coral-coloured collages of the unborn daughter in various phases of development as a fugal accompaniment to the text.

Somehow Apostolides’ attempt to tackle infinite expanse succeeds by way of commingling of sand, seaweed, and scientific fact reads like a breath of air, or a breeze from an incoming tide. Though “tides are predictable. Grief is not.” We are reminded of the powerful echoes and impacts of a decision made 17 years prior, as though it were an eruptive volcano, or perhaps a crashing tsunami. The cause is unknown and unexpected, but the effect is powerful and lasting.

Apostolides’ prose, clear but at times tinged with remorse, proves to be as hopeful and dependable as the ocean itself — “Life dredged me dry, but I kept flooding.” (Megan Hamilton)