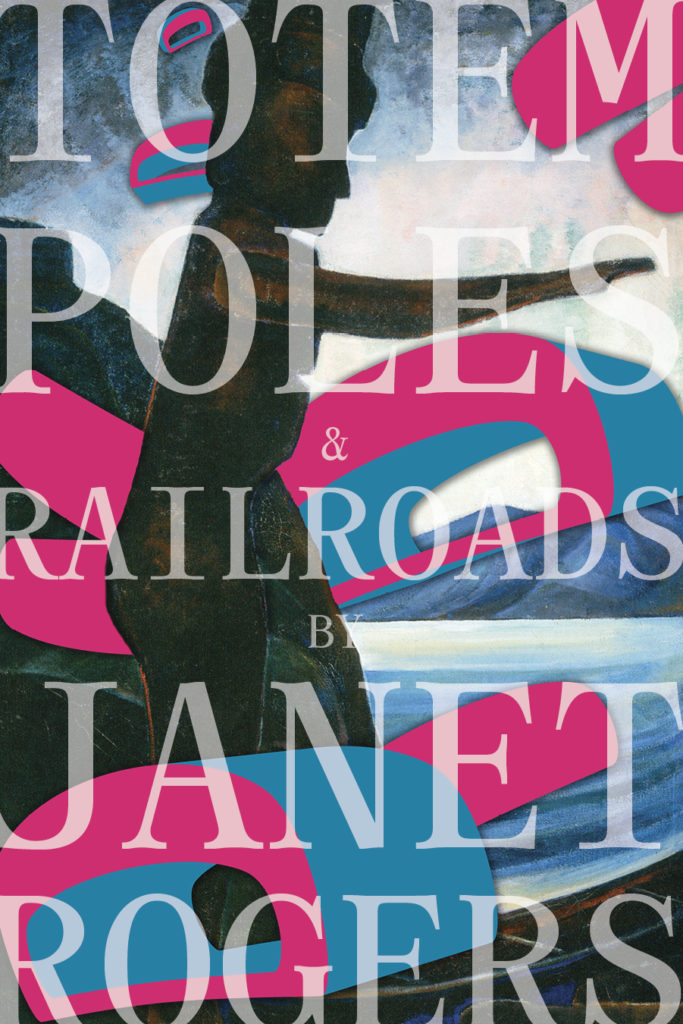 At first glance, it looked as if Janet Rogers chose an Emily Carr painting for the cover of her fifth collection of poetry. Rogers is an incendiary poet. Carr is an iconic painter. Rogers writes from her perspective as a Mohawk and Tuscarora woman from the Ontario Six Nations. Carr lifted her perspective from the Indigenous peoples of the Pacific Northwest Coast. It would have either been an odd or willfully ironic choice on Rogers’ part. But on closer inspection, the cover is actually a painting from Ligwilda’xw Kwakwaka’wakw artist Sonny Assu. Described as a digital intervention on a Carr painting, it perfectly sums up the intent of Roger’s collection.

Over 36 poems, she uses her craft to indict the 500-year intervention (read: theft, devastation and cultural genocide) of Canada on Indigenous peoples and their land. Her topics are expansive and even reach beyond Canada’s borders to root out oppression, from attacking the Bering Strait Theory in “Red Earth White Lies” to unearthing the voices of Pocahantas and Sacajawea to expressing her feelings of hopelessness over Canada’s missing and murdered Indigenous women (“Bears Repeating”).

Like Assu, Rogers is reclaiming stolen landscapes, and lives, and returning an Indigenous voice to them. That voice is formidable. In “Final Report,” she gathers us together in pain with a blunt declaration: “unearthed stories till everyone / feels the trauma.” Rogers’ poetry demands to be read out loud to fully appreciate its insistent rhythms and devastating imagery. Simply quoting from the collection won’t suffice; you have to experience the way that Rogers controls your cadence, quickens your pace when the verse requires urgency or halts it completely for moments of reflection. Part of this achievement comes via experiments with the visual layout of the text; the other part is simply magic. (I. Rattan)