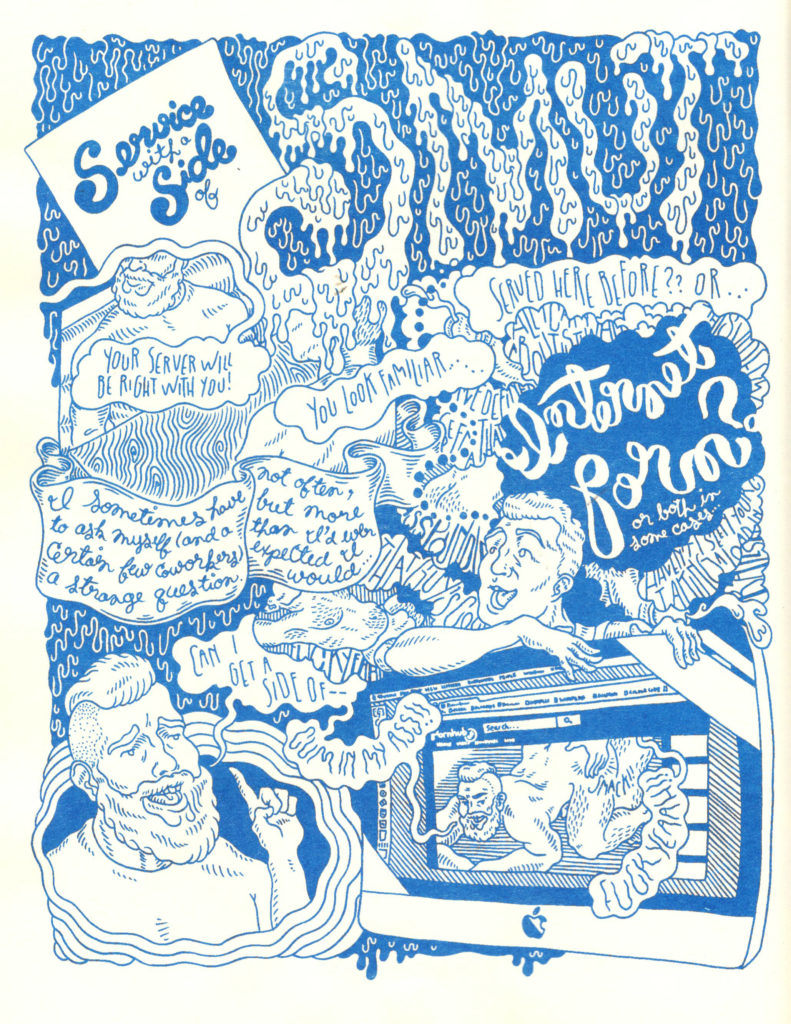 Another Round Please: Confessions of a Busboy

In this part two of Brett Martin’s Confessions of a Busboy, the talented young illustrator and comic artist channels the whirling chaos of working in a restaurant (especially at brunch!) mixed with clever observations and indictments of Toronto public culture.

Each page is sure to resonate with anyone who has ever worked in the service industry, or even spent time on a summer patio in the metropolis. But the detailed and spiracular page design and illustration style take the wits, quips, and gripes to an exciting new place, with careful hatching across clouds of imagery that follow no ground or dimension in particular. The resulting feeling is truly that of being in Martin’s head, and what a place to be.

Martin’s style is bold, reminiscent of his Toronto contemporaries Eric Kostiuk Williams and Sab Meynert, but with his own punchy flair. The two-tone risograph printing — a rich blue and a hot salmon — do just the trick. Bravo, Mr. Martin, and here’s to more! (Jonathan Valelly)