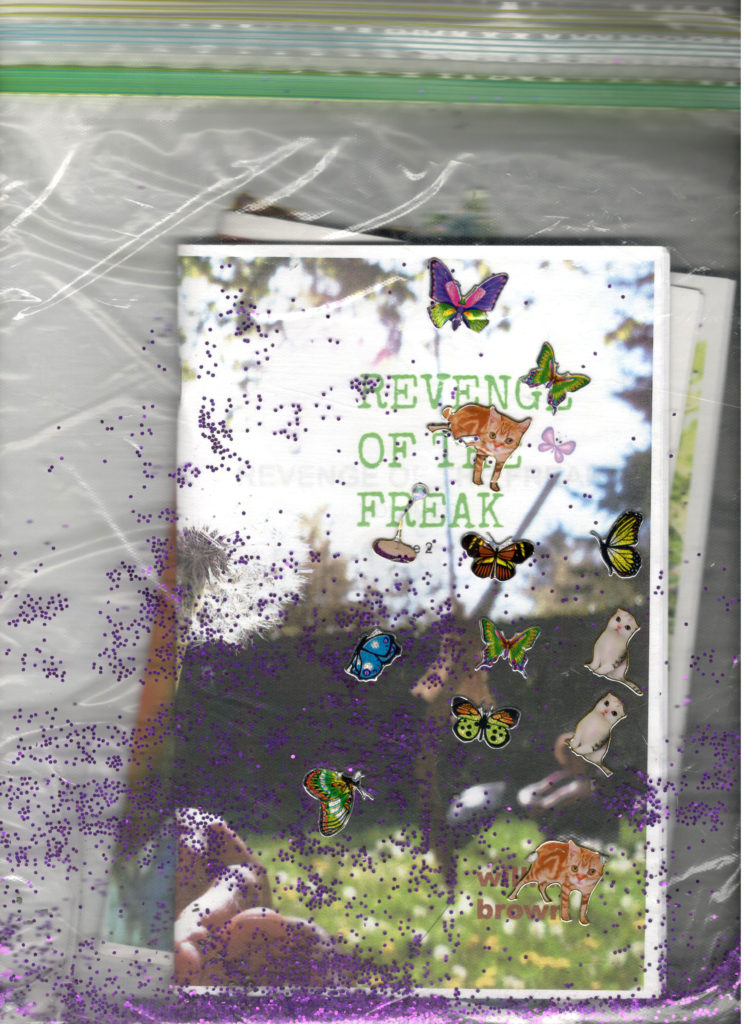 Revenge of the Freak

Have you ever watched Nardwuar’s first interview with Henry Rollins where the latter gets so impatient it’s like he’s about to punch Nardwuar’s lights out?

“One more question!” Rollins sneered, to which Nardwuar rattled off a dozen more questions in rapid fire mode. It felt like former Blag Flag singer was about to lay out the Human Serviette forever, but instead Rollins acquiesced and admitted that Nardwuar was a character, with a certain amount of wit and charm that he had to respect.

Upon reviewing my second issue of Revenge of the Freak, I feel similarly won over. The pieces here read like grotesque children’s stories for grownups. William Brown likes to play with language and images in a free-associative, purposely weird, and mostly coherent way. Each section describes a different character who have names like Glenn White, The Boy with No Arms, The Sunshine Kid, and Blankface all occasionally punctuated by a little drawing of a droopy hand or a zigzag-shaped cat. All of them are outsiders, outcasts, or oddities such that I suspect that Brown sympathizes with his freaks. But I wondered to myself, in such a strange dreamscape, if everyone is a freak, is anyone a freak? Or as Jawbreaker’s Blake Schwarzenbach put it, “deliberately weird is pretty obvious.”

Ultimately, perhaps like his BC compatriot Nardwuar, Revenge of the Freak is not meant to be overthought, but rather appreciated for what it is. I think these stories would be best performed live, in an ostentatious outfit, with a goofy beatnik band backing up the whole thing. Hopefully most of the audience members would be zooted. (Chris Landry)