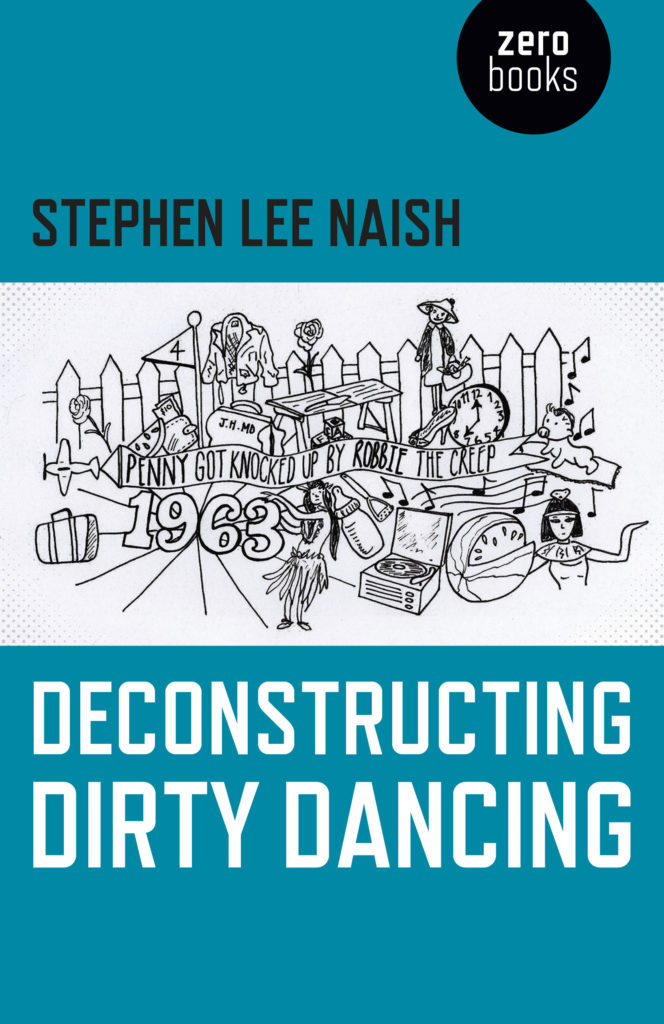 In Deconstructing Dirty Dancing, Stephen Lee Naish pushes back against the idea that the 1987 film is a chick flick only enjoyed for its predictable romance. Even critic Roger Ebert, Naish notes, gave the movie one star.

I watched Dirty Dancing again to refresh my memory prior to reading this slim volume. Even when reflecting on the basics of something I’d just watched, I rarely felt Naish was being obvious. Nor was he obscure by indulging in film school argot instead of being direct.

There were plenty of references to the perspective of the filmmaker, Eleanor Bergstein; on why she wanted to tell the story and what it had to do with her life; as well as to outside critics and scholars. Naish adds to our knowledge by describing deleted scenes and alternate endings as ways to consider the whys of the plot; he has a sharp sense of the inevitable, justifying certain happenings and character choices that might have seemed questionable. Since the book most frequently addresses political and class conflict themes in the context of the film’s early 1960s setting, Naish’s instincts for storytelling balance the intellectual with the fun.

The best part of Deconstructing Dirty Dancing is its exploration of the film’s ending, culminating its ideas in a perspective on the famous scene that I hadn’t considered before. There was some magic in replaying shots in my head while having them explained to me in evocative language.

Yesterday, I was talking with my friend about the movie and she mentioned that a friend of hers had dated a guy who was persistently unable to see value in films he saw as stereotypically feminine, no matter what else such films had going for them. She “forced” him to watch Dirty Dancing with her and then swiftly broke up with him. It was a funny anecdote, but it does highlight the need to be able to argue persuasively, as Naish does, how prejudice can blind us to the deeper layers of certain stories. (Norm Feliks)