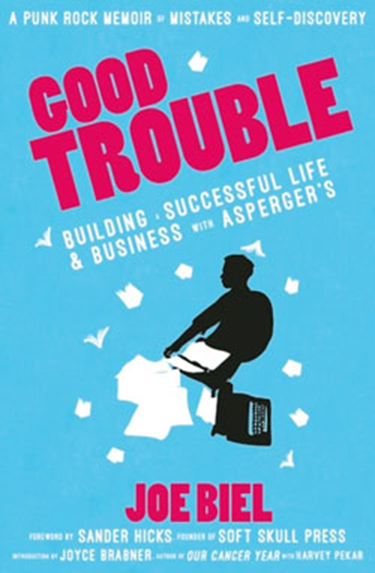 This was a really hard review to write, for a number of reasons. Chief amongst these is that depending on whom you speak with, Joe Biel is either a visionary or a nightmare of a human being. For the uninitiated, here’s an extremely cursory primer: Biel founded Microcosm Publishing in 1996, possibly the first company to become a successful international distributor of zines (and later books) dealing with a variety of themes: radical politics, food, punk rock, bike culture and self care. In 2005, the company was made into a collective. In 2008, Biel participated in a mediation and accountability process after his ex-wife and former Microcosm employee Alex Wrekk revealed that Joe had emotionally abused her in their relationship and had been similarly abusive in his business practices. After several attempts at mediation, it was determined that Biel had not made himself accountable, and a number of authors withdrew their books from Microcosm’s catalogue. Statements and counter-statements have been posted, boycotts were called and a maelstrom of bad vibes has swirled around Biel and the company he founded ever since.

Biel has now published a book coinciding with Microcosm’s 20th anniversary that attempts to addresses this time period and his actions, with a twist: he was diagnosed with Asperger’s Syndrome sometime in 2008. Herein lies the challenge of reviewing this book: if we review it, we risk amplifying the voice of a known abuser. However, if we don’t review it, we are negating the existence of a company that is, for all intents and purposes, a DIY success story that helped legitimize, organize and amplify the practice of zinemaking as well as many brilliant voices (including Wrekk herself). Finally, if I give into my (very strong) urges to shit on Joe Biel, it means I’m invariably shitting on a person who has a disability. Perhaps you see our dilemma; perhaps not.

At any rate, there are maybe four things I liked in this book. One is Joyce Brabner’s intro (although I’m bummed that she intro’ed this book and not, say, the recent re-issue of Wrekk’s Stolen Sharpie Revolution or a Doris anthology or something else by a female zinemaker). Joyce rules! Second: I loved hearing the story of how a nervous-sounding Tom Neely pitched one of my favourite comics of all time, Henry & Glenn Forever (depicting the imagined romantic relationship between notorious tough-guy punks Henry Rollins and Glenn Danzig). Microcosm, initially shot the project down but later reconsidered, luckily for us. Third: Before his narrative gets mired in “he said she said” tedium, I liked Biel’s warts-and-all rundown of the pitfalls of managing a business as a collective and the mistakes he and the various members made through miscommunication and bad money management. These are not easy things to admit and it is refreshing to read an honest breakdown of how this shit actually works. Running a business is hard. Fourth: Biel tells a story about trying to make money as a broke-ass teen in Cleveland by making videos for a tickle fetish website with his friends doing the tickling. Actually, the whole early chapter of the book about Biel’s punk youth is great, including how he schlepped milk crates stuffed with Microcosm zines to punk shows every damn night.

Here’s the thing that really chafes me: this book could have been a great resource, and a satisfying “fuck you!” mea culpa to all the people in this miserable, money-grubbing world who think the idea of art-based small businesses (and the publishing industry, period) is a folly and a waste. But all of Biel’s pearls of wisdom and interesting anecdotes are bogged down by his exhausting rundowns of his relationship with Wrekk, his issues with the collective and the accountability process, and his constant explaining-away of his problems using Asperger’s as a crutch. I knew that these parts of the book would make me angry; I didn’t expect that they’d also make me so bored. At any rate, while I can’t wholeheartedly recommend this book, I do recommend that folks looking to start their own businesses look to Biel and his whole community as a cautionary tale and learn from the abuse, the errors, the bad business practices and the drama. It seems that Microcosm literally became its name; this is what happens when an empire, however small, starts to eat itself. (Alison Lang)