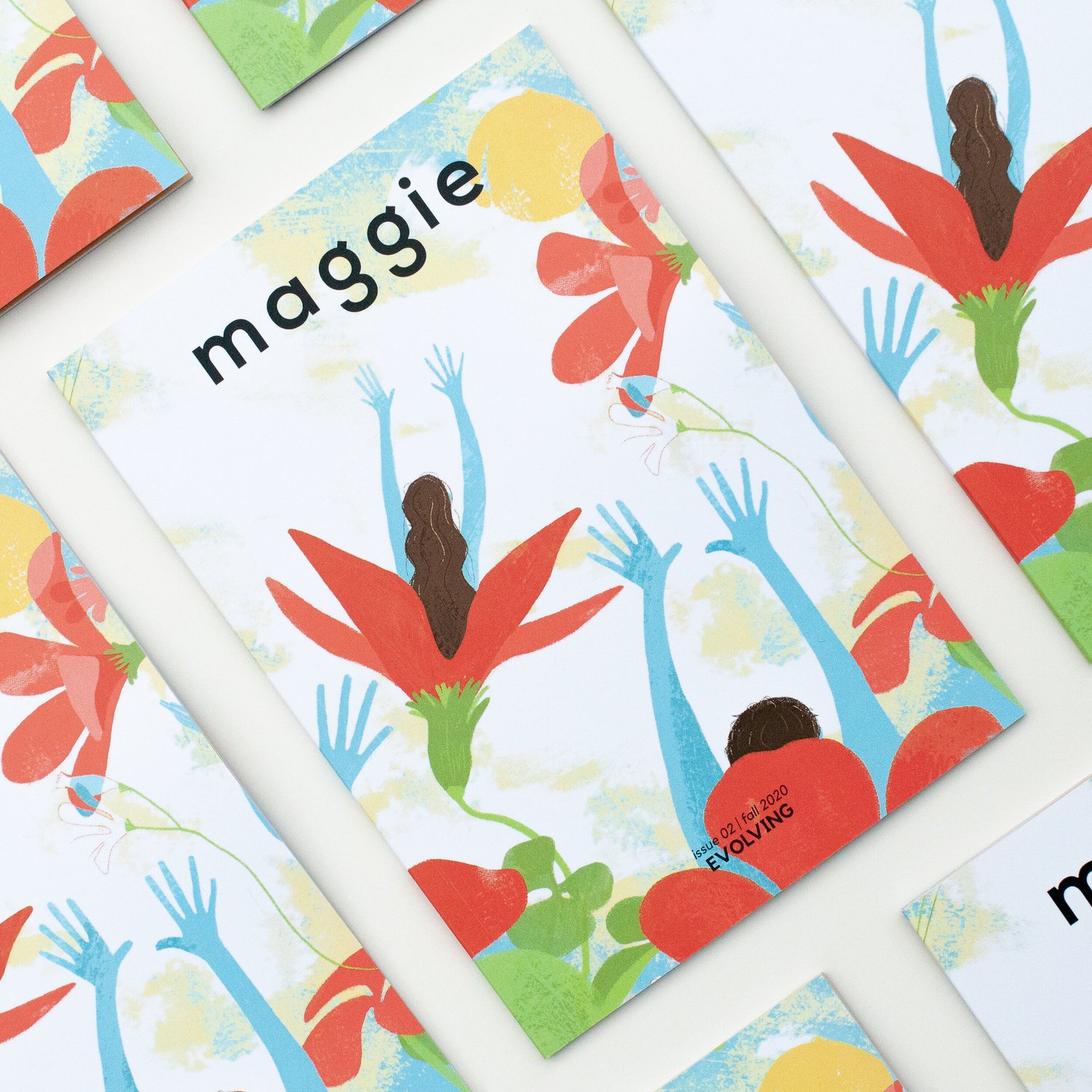 Recognizing the history of white supremacy and transphobia within feminism requires critical engagement with feminist texts. Fortunately, the fine folks at the Toronto-based zine Maggie are publishing high-quality, provocative feminist think pieces in this vein. According to their website, the goal of Maggie is to “create a community where people can engage in complex and curious discussions about how feminist issues impact everyone, uniquely yet unequivocally.” The second issue of Maggie contains 15 distinct pieces of writing and visual art to this end.

It begins with a letter from Paige Thompson and Lucie Quinlan, the zine’s co-founders. In this letter, Thompson and Quinlan identify their aspirations for the future of the zine: “[w]hen considering Maggie’s evolution, we take pride in cultivating a more diverse contributor team than the current rates within Canadian journalism and publishing. We also know that there is much more work to be done.” The submissions in this zine indicate diversity is being realized, at least in terms of content.

Each of this zine’s 15 parts reflects the care and consideration of the artist who designed or wrote the submission. Two pieces that stick out for me are Jessie McGee’s “The future of feminism is not waves but rather a galaxy,” and Lucie Quinlan’s interview with photographer Brianna Roye. McGee’s piece features an interview with Celeste Smith, the co-founder of the Indigenous Solidarity Coalition at Brock University, among many other noteworthy accomplishments. This piece discusses the impacts of Western thinking on feminism and the limits of the “wave theory.” According to Smith, the “waves metaphor focuses on the individuality of women whereas Indigenous women, we see ourselves as a collective.” Quinlan’s interview with Brianna Roye allows the photographer to discuss her relationship to the camera as well as some of the projects of which Roye is proud. When asked what diversity means to her, Roye says, “it goes back to talking about tokenizing. It’s not about having one of each thing being represented. It’s reflecting what’s actually out there and genuinely doing that because it’s important.” Personally, it was hard to decide on just one Roye quote — this photographer is also extremely good with words in addition to her gorgeous photography.

Maggie #2 is printed in colour and packed with high-quality content. It explores a range of themes and topics with nuance, accompanied by accessible prose. Go get it.