When we moved online, we left rational speculation behind

My old roommate used to work at a diner. Like anyone with an overnight shift, he had endless stories about his regulars. There was one in particular who always requested that his supper be covered in tinfoil to “keep it warm.” He would then fashion the foil into a hat shape — yes, a true tinfoil hat — and wear it the whole time he ate. After he left, when the servers went to clear the table, they’d usually find both a healthy tip and, carefully folded underneath his plate, a copy of his latest zine, packed with garish headlines about UFOs and other conspiracy theories. We used to pore over it, trying to decipher it, but it was barely intelligible to us, written in a code that involved the names of celebrities (Charlie Sheen, who was in a UFO movie at the time, featured frequently).

Our friend represents the caricature of a UFO believer, right down to the tinfoil hat: eccentric, anomalous weirdos who were by and large harmless. But this stereotype obscures the depth and downright rigour that many UFO zinesters brought to the table throughout the 20th century. Independent investigative publications once formed the bedrock of vibrant UFO communities, despite their erstwhile reputations. While imperfect in hindsight, these zines represent an era of investigative burgeoning UFO enthusiasm that is all but lost. What does this mean for a new wave of amateur ufologists who are particularly invested in proving themselves right? 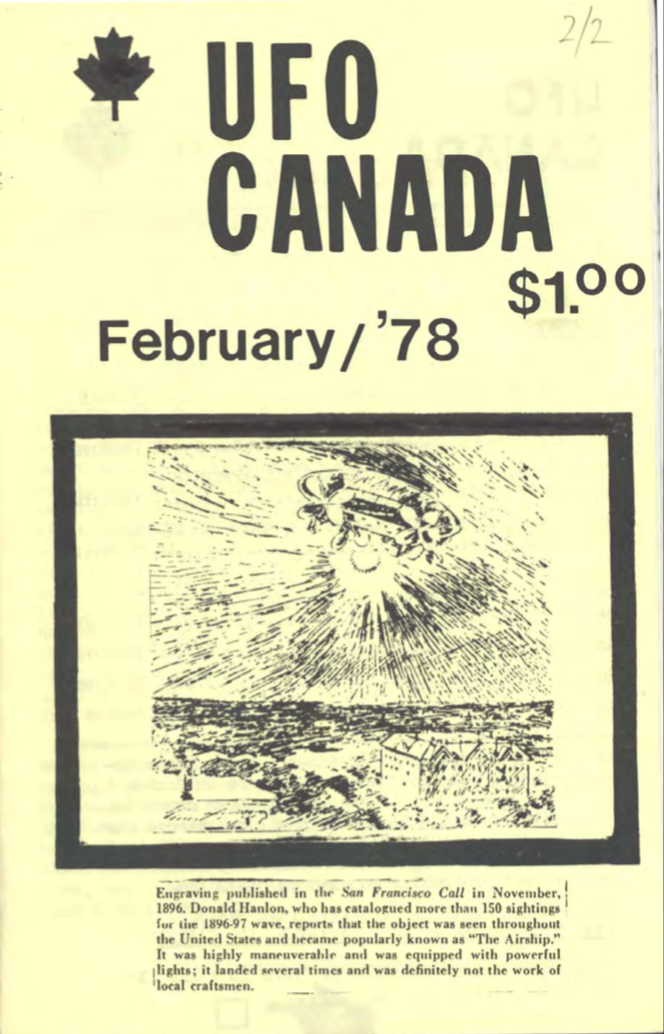 Eyes back to the skies

UFOs are back, there’s no denying it. Decades after widespread interest in extraterrestrials peaked in the mid-20th century, saucers have surged their way into contemporary consciousness.

It started in December 2017, when the New York Times reported on a $22-million US Department of Defense program examining UAP activity (unidentified aerial phenomena) — more commonly known as UFOs. Navy pilots and many others came forward with reports of UFO activity over a span of months, and the Pentagon soon announced it would create an official task force to investigate the phenomena. Mainstream media outlets began to take these reports as credible, or at least treated them with some basic journalistic neutrality. In 2020, the UAP Task Force began its work, and the hordes waited excitedly, growing in number. Only in May of this year, former President Barack Obama stoked the fervor on primetime, telling CBS that he could confirm the existence of “footage and records of objects in the skies that we don’t know exactly what they are,” adding, for good measure, “I’m actually being serious here.”

Finally, in June, the Pentagon released the task force’s much-anticipated report. In short, it confesses that, yes, the US government could not explain 142 of 143 mysterious flying objects reported from 2004 to 2021.

We find ourselves many light-years from the past when UFO witnesses and other enthusiasts had their experiences relegated to the fringes and ufologists debated and communicated in the fringe media of zines. In fact, we risk forgetting them.

The UFO zines of yore run the gamut. Glossier, professionally produced magazines like the Canadian UFO Report and the UK’s Fortean Times (which began in 1973 and still operates) sit alongside classic rough-hewn fanzines, such as The Swamp Gas Journal. The 1978 inaugural issue of The Swamp Gas Journal by Chris Rutkowski offers four pages of straight-up typewritten text. At the conclusion of the first issue of Rutkowski’s zine, he offers an excellent description of the aesthetic and attitude that makes the best UFO zines so enrapturing (aside from, of course, their subject matter):

“Here was my first attempt at a UFO fanzine. I probably typed too light or too dark; I smudged the paper; I typed over my mistakes and otherwise screwed up what I hoped would be an easy task […] I have a feeling I’ll never live this down.”

However amateur his zines may have appeared, Rutkowski meant business, distancing himself from the archetypal goofball UFO buff, who “sits up all night in a field, waiting for a flying saucer to land near him or her. The same [who] swallows everything he or she reads in print on the subject and accepts each eloquent account of a UFO sighting at face value, with no questions or analysis.” Rutkowski then attempts to stake a different position: “I am a UFO skeptic in some ways […] I am not a scientist. I am, however, scientific in my attitude […] a cut or two above those accredited scientists who dismiss the UFO phenomenon entirely.”

Rutkowski went on to become one of Canada’s most well-known UFO researchers. He recently donated his personal collection of UFO zines to the University of Manitoba Library to establish UFOs in the Canada Archival Fund, a well-timed move. I checked out some of the old publications, wondering if they might be instructive about how the subculture changed to get where it is today.

The range in focus and format is wide, but by and large, the UFO zines of yesteryear which populate the collection seem to have been organized affairs. As The Swamp Gas Journal suggests, many UFO zines were scientific or journalistic in their ambitions. Yet they were also niche enough to be a pre-internet tool for community building — connecting distant but like-minded individuals, researchers, and observers. UFO fanzines proper, which often published and preserved personal sighting reports along with formal research, hold a unique value not just for historians, but for the people who made them and found them in their own era.

“For the most part, UFO zines are not published by witnesses (or “experiencers”). They tend to be put out by fans of the subject,” Rutkowski pointed out to me as we discussed the collection. This seems true to some extent, but I couldn’t help but wonder about the other end of the spectrum, where the truly eccentric zines and the oddballs who make them could once be found. What about that regular at my old roommate’s diner and the coded photocopies that trailed him around town? His zines certainly suggested he might not share the consensus-based reality most of us do, much less journalistic standards. Presumably, he never found a fond audience amongst the severe ufology types. But if we don’t look past the tinfoil hats, it might be too easy to overlook the true, traumatic distress that sometimes leads people to the UFO community, whether by means of their own encounter or a search for a sense of meaning.

In the essay collection UFO: Reframing the Debate, Mike Clelland offers insight into the perspective of someone who has had an other-worldly encounter. He explains that, “even the good [UFO] experiences will leave people adrift without any easy way to deal with the sudden experience of their sense of reality.” People are left shaken, alone, alienated, called crazy, or pitied.

Regardless of how out there they may seem to the rest of us, Clelland suggests that we should be sympathetic and empathetic, to value these individuals. Is it possible to honor their experiences as important? To maintain a rigorous sense of inquiry and genuine humanity at the same time?

Researchers like Rutkowski acknowledge the interpersonal importance, but may ultimately see the testimonials in zines as useful data points about reporting frequency and public interest.

“UFO sighting reports by themselves […] present the experiences of [many people] over several decades, documenting their experiences as memorates, reflecting very human observations of our world and world views,” Rutkowski explains, pointing out a steep increase in reports in Canada since the beginning of the COVID-19 pandemic. “A subset of documents, such as the collection of government reports, prove that there has been interest in what Canadians have been seeing, despite claims to the contrary.” 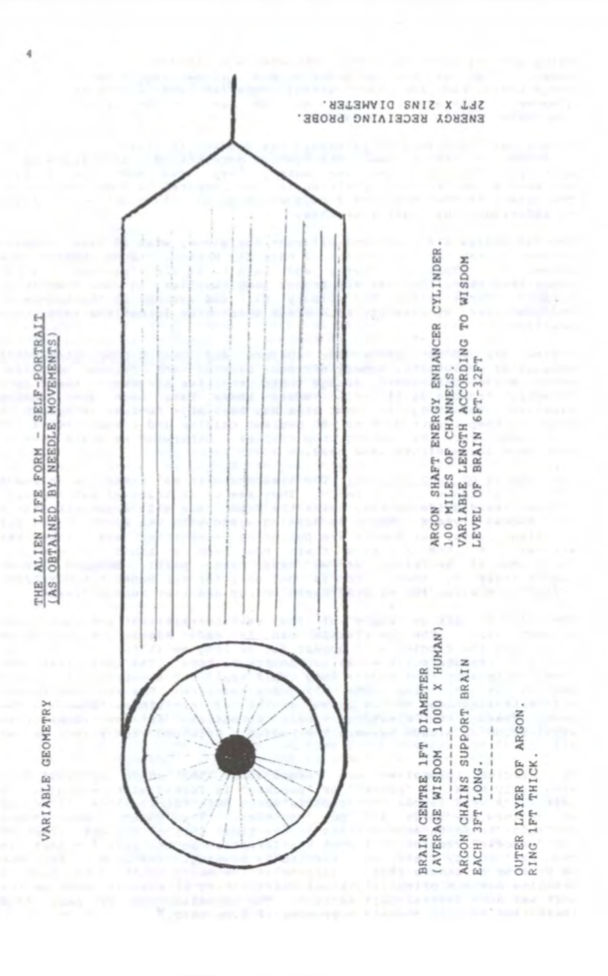 Even the good UFO experiences will leave people adrift, without any easy way to deal with the sudden experience of losing their sense of reality.

Another Canadian classic zine is Saucers, Space & Science, a “collection of clippings of interest to everybody,” edited by Gene Duplantier. But classic, of course, does not always mean classy. As early as 1957, the zine proffers some of the same pernicious tropes we see in today’s UFO culture, where “ancient alien” theory abounds:

“Deep in the Peruvian jungles, Dr. Williamson found legends among native tribes which tell about travel in the ‘highways of the skies.’ In other words, just plain old flying saucers. On the 12,400-foot-high Narcahussi Plateau in central Peru, Dr. Williamson came across massive, 8-foot-high stone statutes so placed they could be observed properly only from the sky. Therefore there must have been people scooting around on flying saucers to view them.”

The writer suggests that the Inca — a notably advanced civilization — must have been too primitive to develop mathematically complex infrastructure themselves, especially without an extraterrestrial audience to entertain or instruct them. Such a brazen assumption is, like many related theories today, premised on racist hierarchies and cultural denigration. Yet the subset of ufologists obsessed with some sort of master race theory survives today on YouTube, Reddit, and of course, The History Channel. These supremacist tendencies are just one troubling example of the strange way that UFO phenomena have long operated in the cultural psyche. For people seeking rebel enlightenment from the paranoid fringes, UFOs are not mere mysteries unto themselves, but also explanations for other unexplained phenomena.

Robbie Graham sums up this tendency in the introduction to a 2017 essay collection UFOs: Reframing the Debate, which seeks to account for the changes in the field. “Modern ‘ufology’ … is no longer about asking challenging questions,” Graham writes. “Rather it is about fitting predetermined answers into an established, quasi-religious belief system.”

We might see conspiracy theorists as the evil twins of UFO buffs, or at least notice the significant overlaps. Paranoid conspiracy theories about contact and cover-ups, despite being anti-government on the surface, fundamentally suggest that institutional elites know what they’re doing. As such, despite the emotional distress they cause, a conspiratorial worldview offers a quality of righteous comfort. For the paranoiac, a cruel world order is preferable to the more plausible truth of, well, general chaos. It’s a strangely disempowered position, one that reaches its apex in notions like those of QAnon believers, who hold onto a pro- found trust that an omnipotent saviour will finally expose the Deep State any day now, saving all.

Although such fantasies seem radically unrealistic, in truth, they let the individual off the hook (since creating change is the domain of the savior-who-never-appears.) Thus, such fantasies run counter to the spirit of communal investigation that used to underlie print zines. UFO research that serves a pre-existing narrative is ultimately futile, a study in self-exceptionalism and loophole logic. 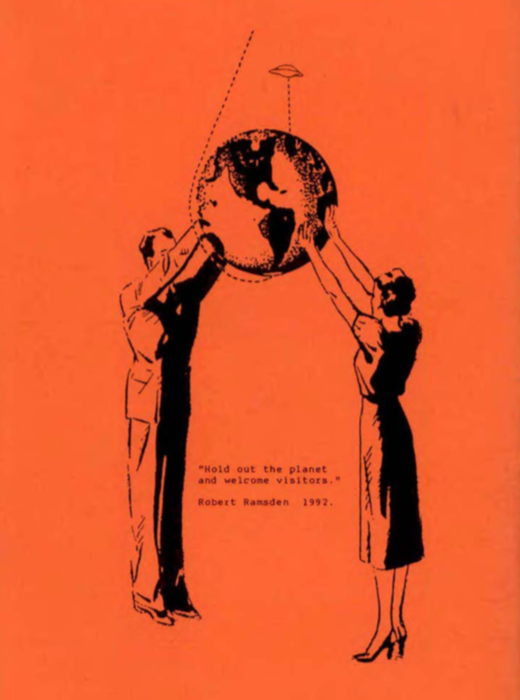 For those seeking enlightened rebel status, UFOs are not only mysteries unto themselves. They also explain all other unexplained phenomena, at least when convenient. 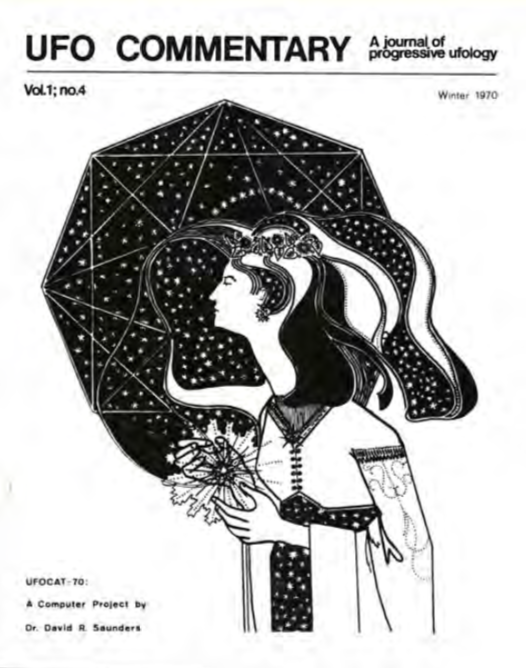 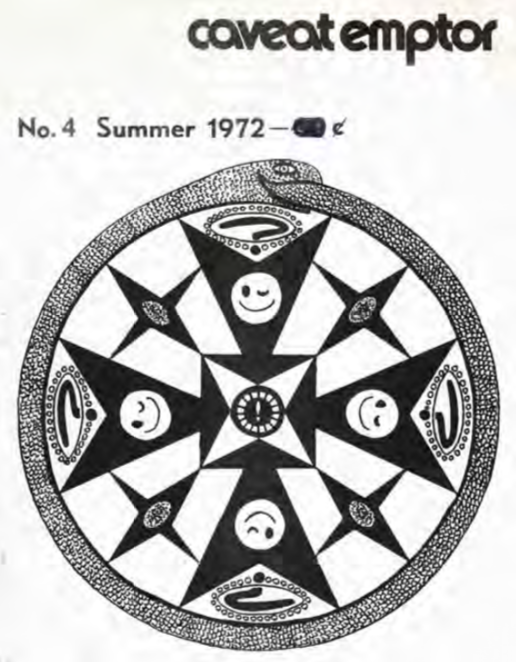 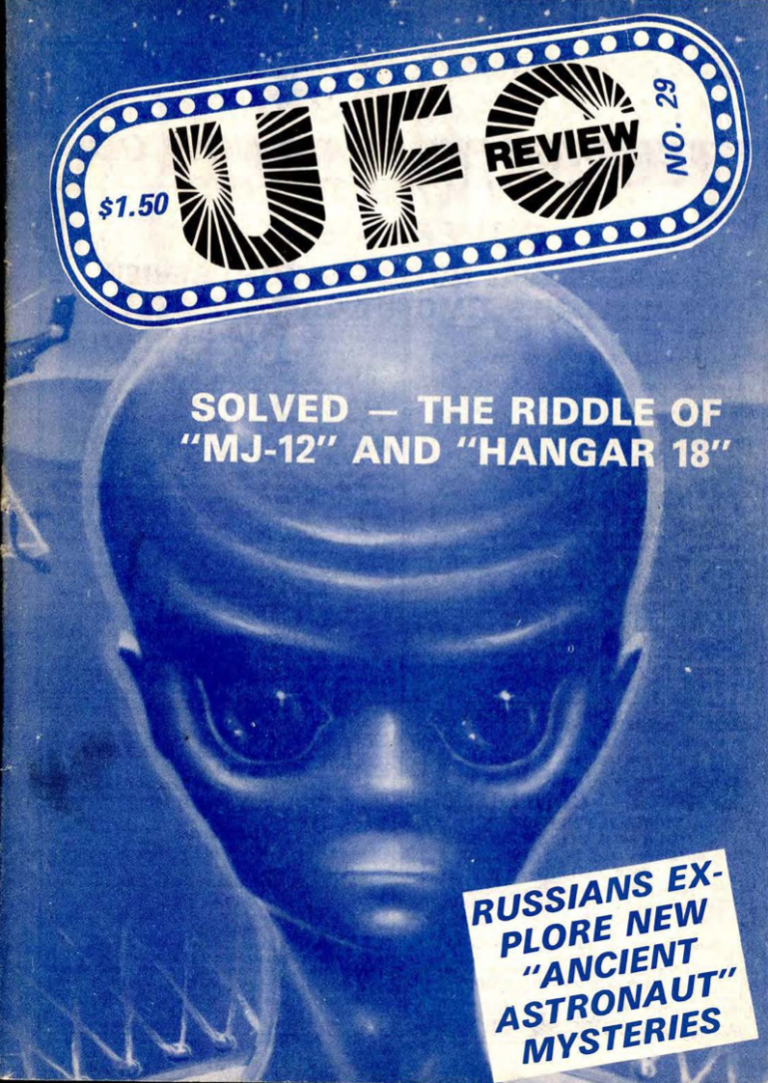 Today, the golden era of UFO zines has long faded. We let algorithms tend to our psyches in the social spheres of Reddit or Facebook, which encourage participants to lead with ego and extremism, rewarding hyperbolic speculation rather than evidence and triangulation.

The library collection Rutkowski has helped establish aims to preserve these otherwise neglected primary sources, while also being in that same spirit of valuing individual experiences. In addition to being fantastic aesthetic objects in their own right, they provide great insight into the motivations and fascinations behind people’s obsessive interest in the unexplained. And, into our human drive (for good and ill) to seek answers — even where there may be none.