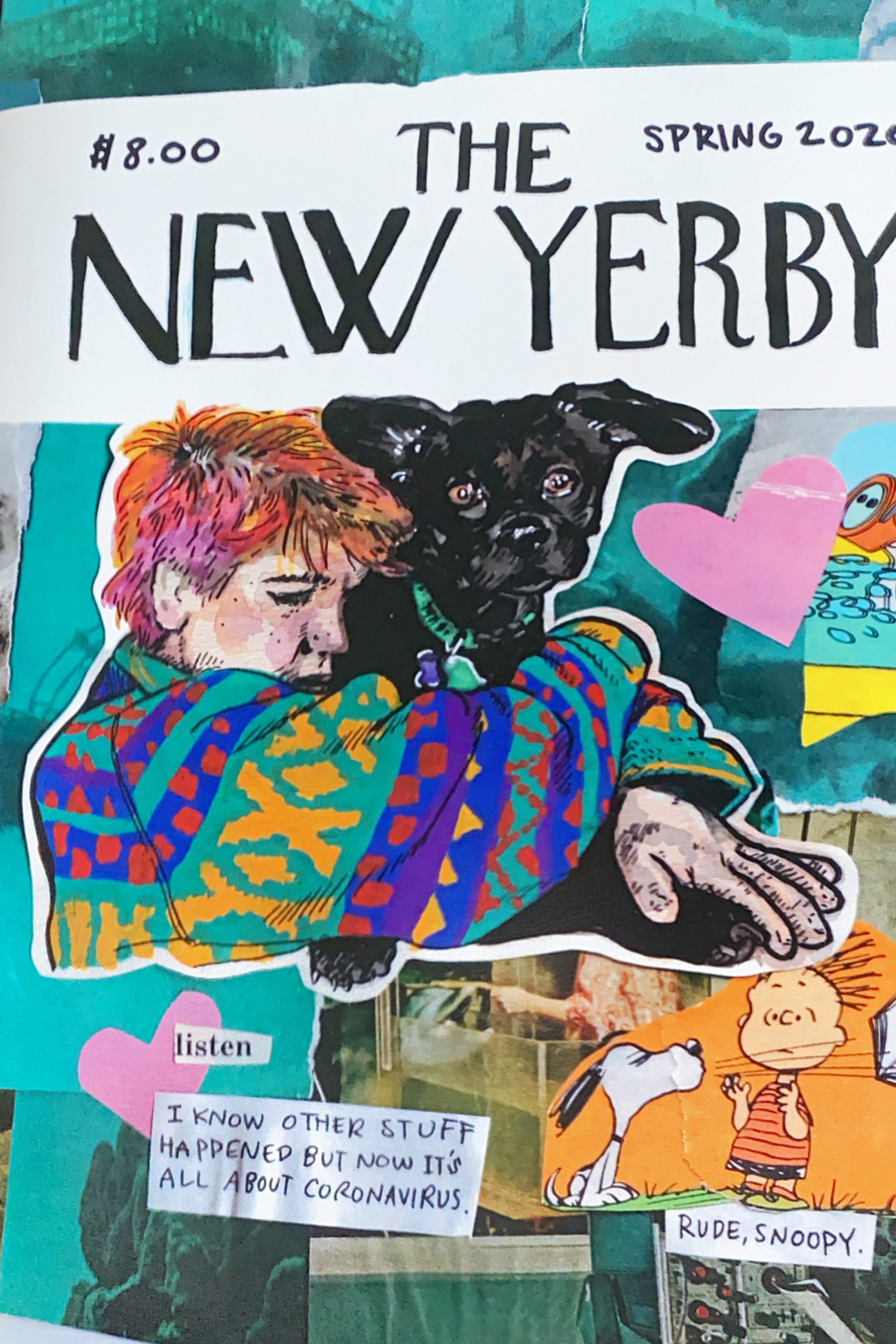 Put together as self-isolation began, but collecting work from just before, The New Yerby captures Portland artist Liz Yerby reflecting on such topics as body image, queerness, ghosts, elections, puppies, and, of course, the “damage done by compulsory heterosexuality.”

As such, there’s a lot going on in The New Yerby, and while covering such a wide range of topics can oftentimes leave zines feeling a bit disjointed, Yerby succeeds at giving each of the topics and pages room to stand as strongly on their own as they do as pieces of a whole.

The zine reads like what it is: a solo anthology collecting various works from a time period. One page has comic panels with just text, while another page features text recalling a dream. A lovingly rendered drawing of Yerby’s new puppy rests above a quick doodle of their mouse-headed avatar, their interpretation of Peanuts characters (previously seen in Sir, Is This Love?) sit opposite a full-coloured collage that reflects on and responds to the work of the posthumously renowned hermit artist and writer Henry Darger.

It’s all very compelling and undeniably charming. Yerby’s reflections on the unspoken queerness of figures like Darger or Elvis Presley (with accompanying illustrations) are both tender and insightful highlights. A historiographic playfulness extends to the large foldout chart included with the zine. A “Big, Queer, Historical Web,” as Yerby puts it, that charts which early 20th century artistic figures who “Definitely ‘did it’”, or “were a rumor that I choose to believe.” What ties Isamu Noguchi to Andre Breton? Where does Mathilde de Morny factor in? It’s an intriguing look at some intriguing figures.

There’s a lot going on in this spring issue of The New Yerby but it never feels like there’s too much. It’s charming, interesting, and tender, with none of its many topics suffering at the expense of another.