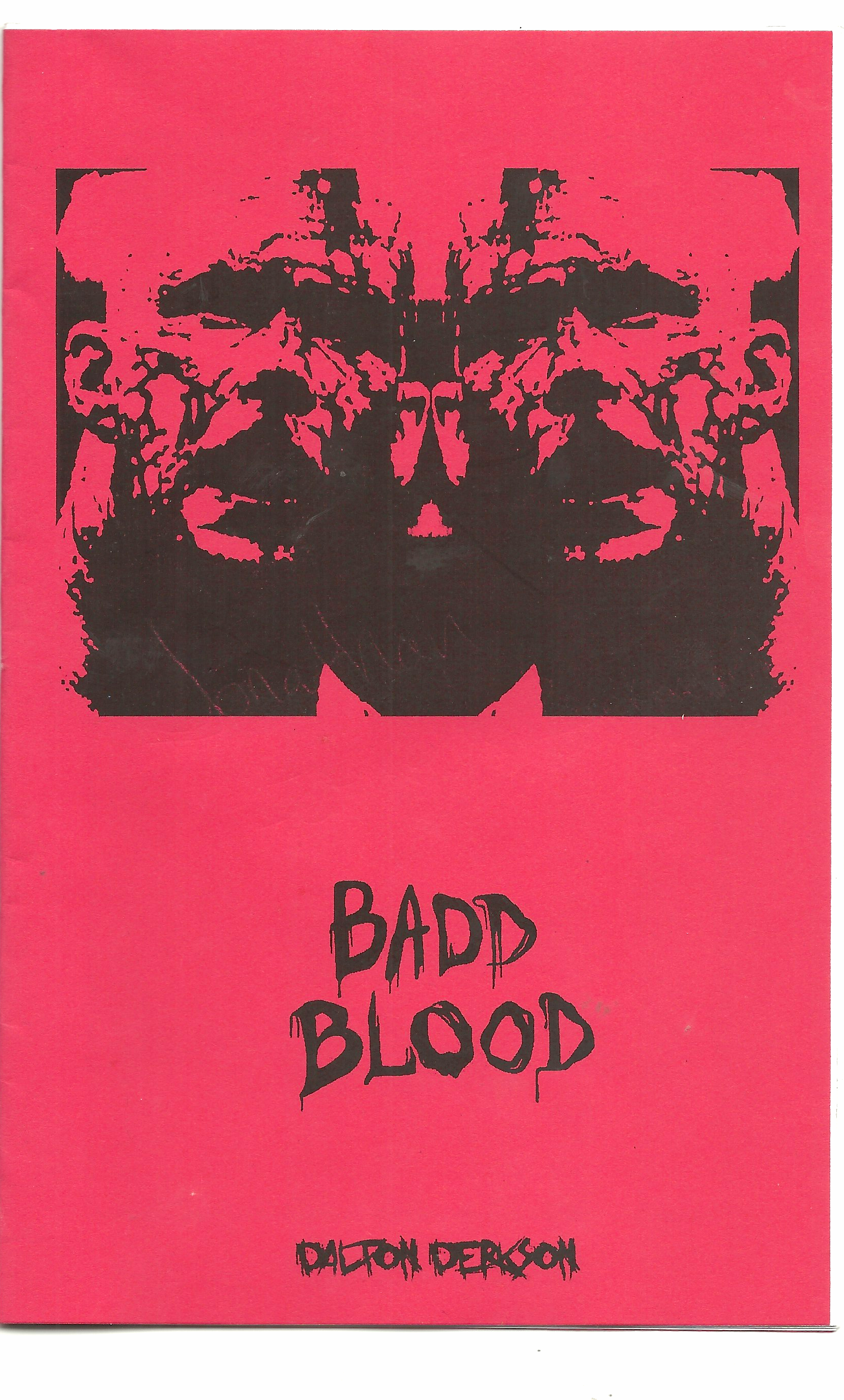 Dalton Derkson’s preoccupation with 1980s WWF wrestling weaves a stabilizing thread through this collection. A gory Steve Austin is the cover model for Bad Blood, Leaping Lanny Poffo makes an appearance, and a maneuver known as the cutter gets in-depth treatment in a poem titled “Ace Crusher” (the move renamed by wrestler Johnny Ace). When Derkson criticizes the reign of “queen liz,” it’s as likely he’s targeting Miss Elizabeth as he is the Queen of England.

Various online interviews describe Derkson as a punk poet, which on the page translates into measured vitriol (“the only thing yer comin out on top of is / the floor of yr own dirty grave”) and a healthy number of omitted vowels: “nd” instead of “and,” “abt” instead of “about.” It appears a clichéd approach on the surface, but there’s depth here that belies that initial reaction.

Derkson admits at one point that “I’m damn good at copycatting the quotables,” though nothing stands out as borrowed, and there are several segments that veer from clenched-teeth tirades into more contemplative territory: “sometimes it takes a drop… to rustle cobwebs nd wake old spiders / from their slumbering assumptions / that the web will fill itself.” We thus have poems for the thoughtful punk.