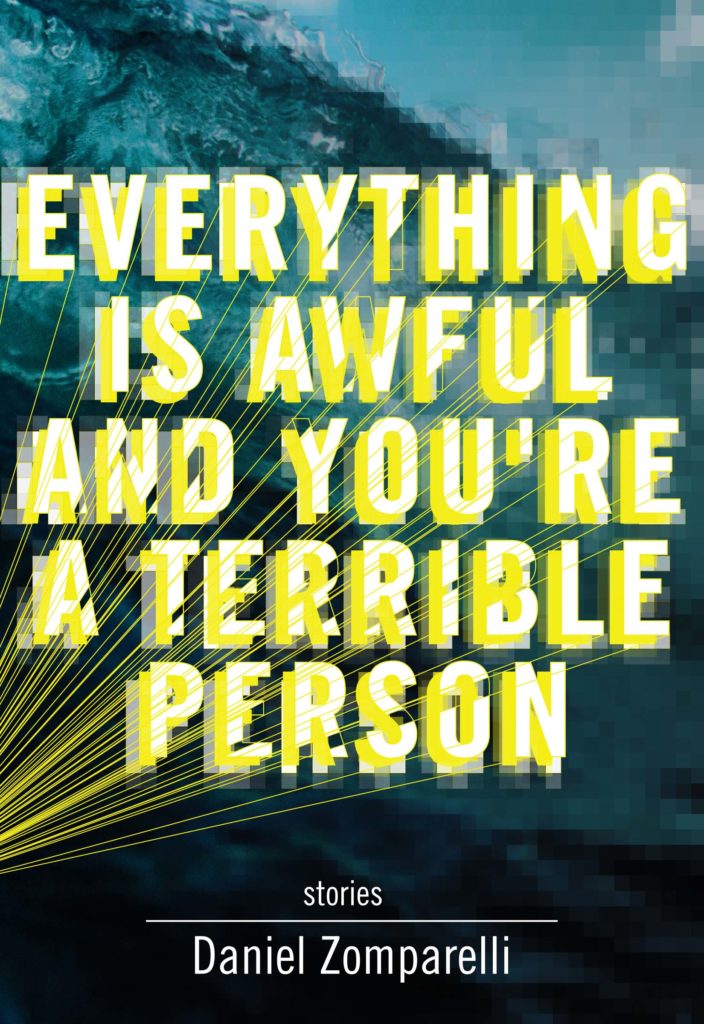 Everything is Awful and You’re a Terrible Person

Why ghost someone when you could date a ghost instead? In “Ghosts Can Be Boyfriends Too” — the opening story of Daniel Zomparelli’s debut collection of interconnected short stories — Jared, a twenty-something gay man, forms a triad with his boyfriend, Derek, and the ghost of Derek’s previous boyfriend. Though on the nose, the story is a terrifically executed exploration of the metaphor of ghosting and how we’re haunted by those who leave us. Like this first story, Zomparelli’s collection, Everything is Awful and You’re a Terrible Person, is that rare combination of critical, humorous, hopeful, and cynical.

Though set primarily in Vancouver with a few scenes in Toronto and a road trip through the Maritimes, Zomparelli recognizes that most of us also live our lives online through social media and dating apps. Ryan, an average gay man, has 11 dates or online conversations in the book, and in these pieces of flash fiction Zomparelli provides some of his best humour. Ryan’s hookup app conversation with Smalltownboy is a perfect example: ‘“Ho.” / “I hope you meant hi.” / “:p”’.

After numerous hopeless dates with guys with different expectations, Ryan eventually finds someone with whom he has a genuine connection: a monster who hides his furry body and wings under human skin that he binds together with duct tape. It’s a bizarre but touching romance, and a poignant reminder that desire operates in unexpected ways, and that most people are just weird monsters looking for love.

At times outrageous but always unflinchingly honest, Everything is Awful and You’re a Terrible Person is an insightful examination of contemporary dating among gay men that explores how anxiety, depression, and loneliness can affect our relationships. (Alexander De Pompa)