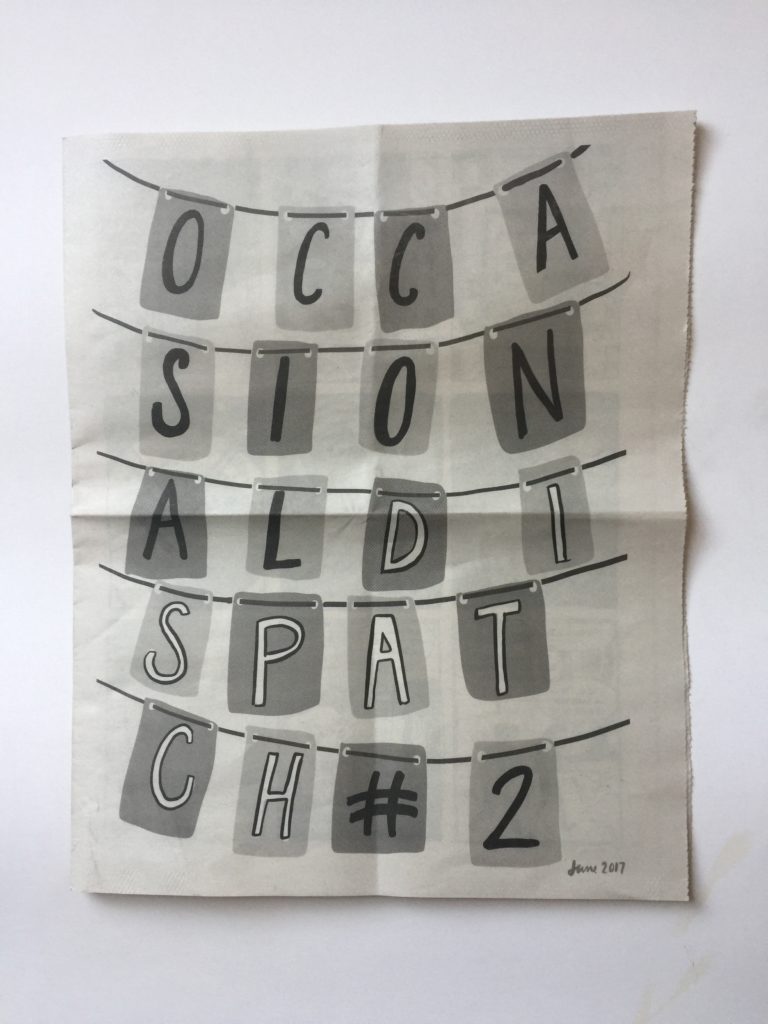 Your average newspaper tucks comics in the back pages, cramming row upon row of illustrations, making them as small as possible without losing legibility. But inside Occasional Dispatch #2, comics take over the page, allowing every detail to be seen in its full glory.

I picked up the newspaper after eating at Toronto’s D-Beastro one Tuesday night. As I headed for the door, I noticed a stack with a “free” sign above and crammed a copy in my bag.

After reading the newspaper’s eight pages, my only complaint is that Occasional Dispatch is just that: occasional.

Each inside page has three rows of three-panel comics, all black and white and blown up so an individual panel takes up a substantial 12 square inches of space. The comics, by 11 different artists, vary widely in theme and style, with some humorous and others sobering.

It’s always amazing to see how much an artist can get across in a mere three panels. One comic, for instance, illustrates the feeling of looking in the mirror and no longer recognizing yourself. That comic struck a chord with me personally, but the beauty of the collaboration is that the 17 comics speak to a variety of feelings and experiences, so that there’s most likely something for everyone.

On its back page, the newspaper says “it focuses on creating an accessible platform for emerging/minority-identifying artist, writers, illustrators and poets.” Collections by multiple artists is a tricky thing, but Occasional Dispatch’s success lies in how it curates its artists’ diverse styles and themes in a way that feels complete, rather than disjointed. (Anisa Rawhani)