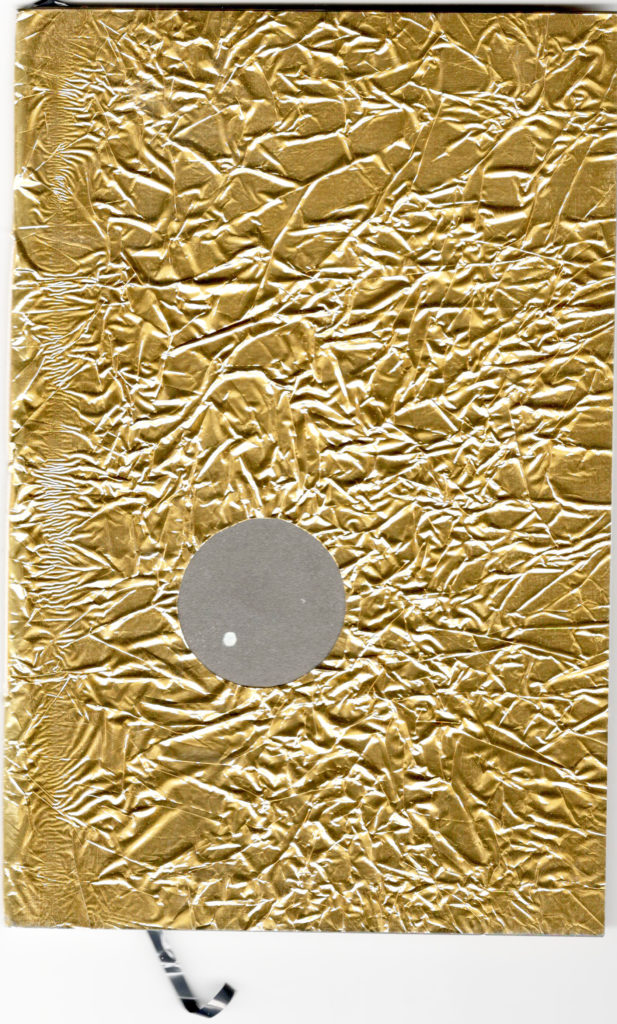 Jack Pine typically produces uniquely-covered chapbooks, and they, Donna Kane, and designers kit fast and mary mottishaw have raised the bar with this one. Pioneer 10, I Hear You is coated in the gold foil of a Space brand emergency blanket, and there’s an attached bookmark that’s made from the film of a cassette of David Bowie’s Space Oddity.

True to its title, this poetry collection is a love letter to the Pioneer 10 space probe, launched in 1972, now unreachable, and hurtling out of our solar system. It’s clear Kane is experiencing kinship with the probe on some level: “I could have been a dancer, a stunt double, / and you, Pioneer 10, a pop can, a pie plate.”

She later shifts to the probe’s perspective, as it drafts a letter to its scientist parents: “I know I still haunt / the glow of your nightlights… the data / on your pulsing blue screens / is not how it appears to me.” The scientists provide their own letter in retort: “Listen. You knew what this was… Don’t think your silence is keeping us up.”

Kane isn’t the first to write a poem about Pioneer 10 (a Google search reveals some melancholy rhyming couplets), but she may be the only person to dedicate an entire collection to the subject, and her attempts to humanize the drifting relic pay off. Pioneer 10, I Hear You is a clever and educational homage. (Scott Bryson)