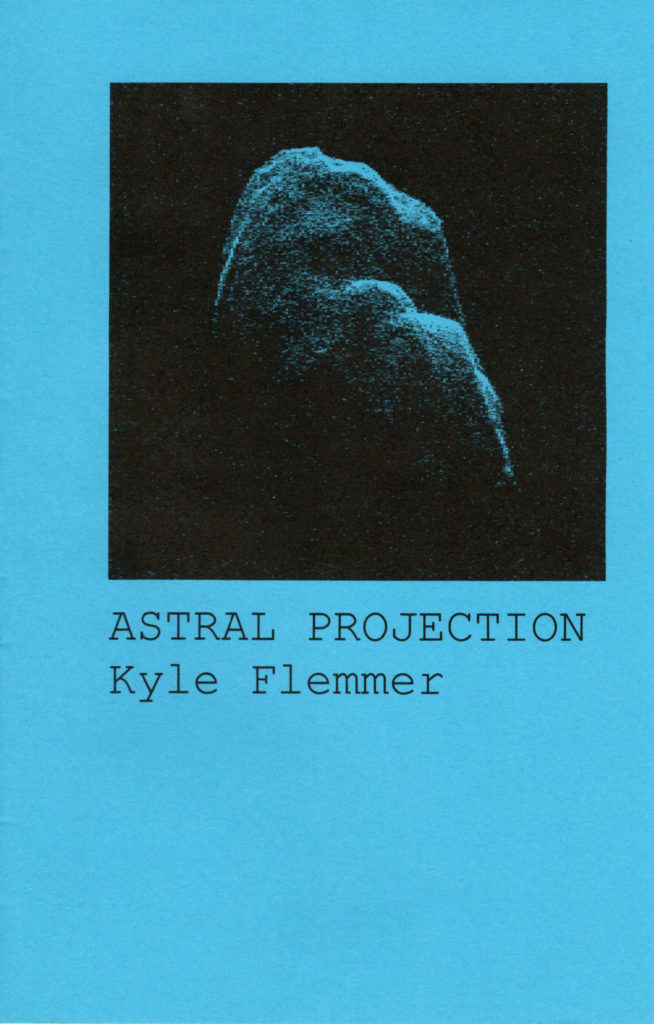 Reading this collection tends to produce the sensation that you’re in the thick of that old Atari game, Asteroids. Stanzas — fragments, really — are spread around the page like tumbling space rocks.

While the disjointed text makes for a more entertaining read, it can also be difficult at times. It’s not always easy to tell which direction your eyes should be heading. The clunky formatting choices are obviously meant to mirror the subjects of Kyle Flemmer’s poems: 24 Themis, 87 Sylvia, 10 Hygiea and their brethren — the largest asteroids in the asteroid belt that lies between the orbits of Mars and Jupiter.

In addition to remarking on the asteroids’ location and makeup — “Note the / sublimated surface / ice” — Flemmer explores the origins of their names, in Greek mythology: “Rhea Silvia: / vestal virgin / mother of twins / (by a war god).” It brings the asteroids to life, and assigns motivation to their actions in space: “She has the brightest radar / albedo in the asteroid belt… & if anyone dared / become immortal / it would be she.”

The creativity in this collection lies more in the arrangement of the text than in the text itself — much of this is readily available information. The chapbook’s title doesn’t make an appearance until the very end, but the way Flemmer marries science with mythology is his way of carrying out a sort of astral projection. There’s more going on here than meets the eye. (Scott Bryson)