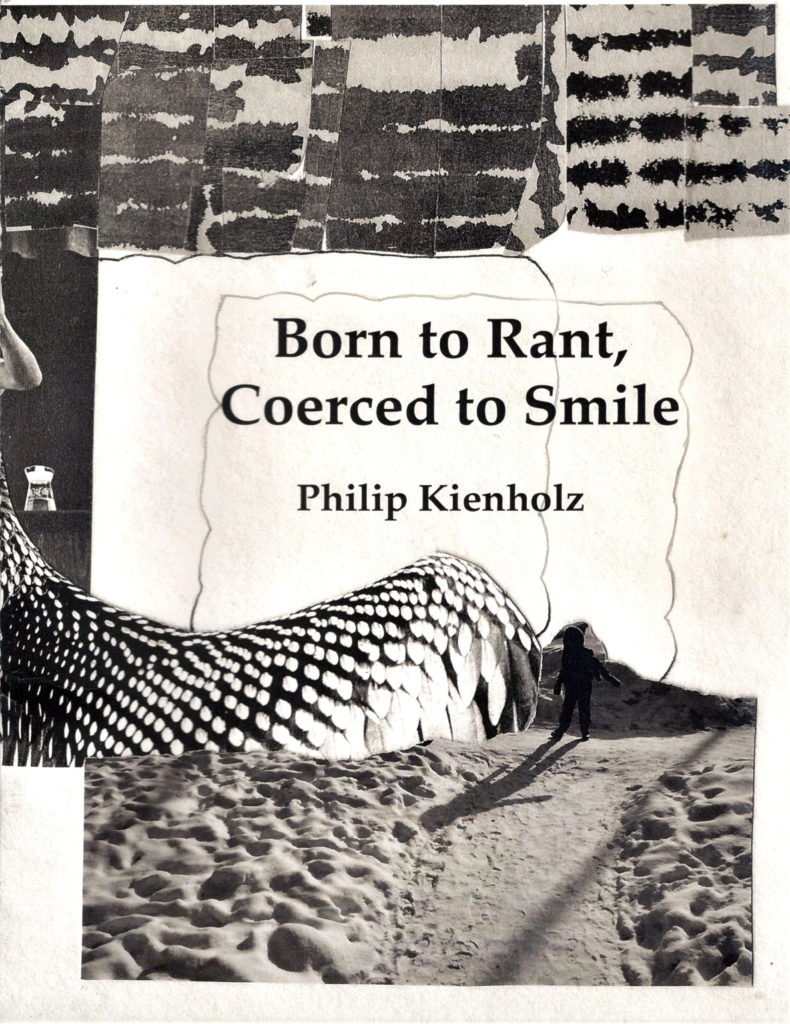 Born to Rant, Coerced to Smile

That title sounds like it should be on a Jewel album, but it’s apt; Philip Kienholz’s ranting days are clearly behind him: “I loaf at my ease,” he announces. “I could rise / and go now, but / there / is no need.” It doesn’t sound much like coercion. He went willingly.

Born to Rant, Coerced to Smile is divided into “clusters” of poems, and the first set clearly lays out the placid turn his life has taken (his bio tells that he was ordained a lay monk and spent three years developing a meditation retreat): “Moments when we recognize deepest connections… dried leaf that claims part of us, and we part of bubbling and / frothing creek part of water everywhere.” Gaia is mentioned. It’s perfectly viable subject matter for poetry, but the sort of thing you probably won’t enjoy unless you’re of a similar mindset.

A few drug related — and probably drug-fueled — poems follow, which border on nonsensical, including this nod to LSD: “i c th / shadoezuvmen /actnliikbuildingz // they muuv / lookstrongpeepl / tiirduvwaking // wahoo lustre crème.” The centrepiece of the collection is a multi-page mind bender about a baseball player who’s trying to think up a new pitch, and instead falls into some sort of transcendental downward spiral.

Born to Rant, Coerced to Smile is an eclectic mix of both form and subject matter. While it’s not always suave or technically savvy, it’s at least entertaining. (Scott Bryson)