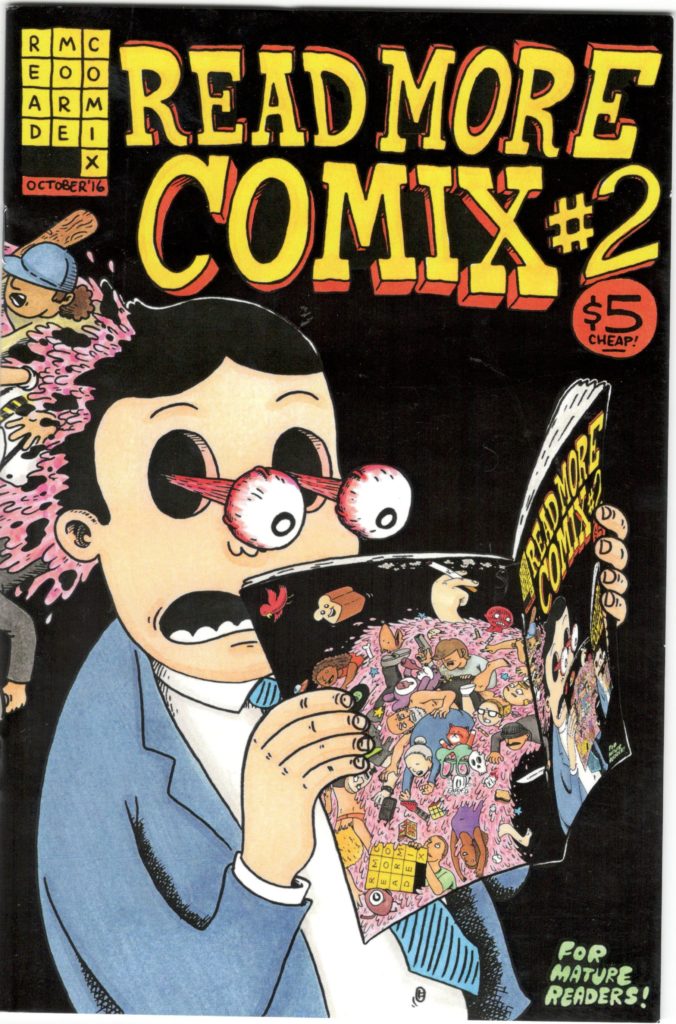 The fine folks at Read More Comix have spat out their second comic collection, compiling works from artists David Craig, Robb Mirsky, and James Spencer. These colourful comics might have a mature audiences warning on the cover, but don’t be concerned: they aren’t gratuitous in any respect. They’re smart, colourful and complementary in all the right ways. The packaging and design is completely top notch, too. It looks and feels like a traditional comic with high-quality glossy cover and crisp illustrations. Content? Well… bras, bricks and cigarettes make appearances. Almost every comic is surreal in some respect, but collectively, there’s also humanity and heart, since the comics also touch on relationships, family, education and other fundamental topics. They’re all great in my opinion, but Spencer’s “The Dry Spell” might be my favourite: a sad tale of a relationship gone awry while on vacation, and probably the comic most firmly rooted in reality of the bunch. I also very much like the twin comics about Brick, detailing how this building-material-as-superhero kicks ass in the city and helps families. It’s great too. (Cam Gordon)