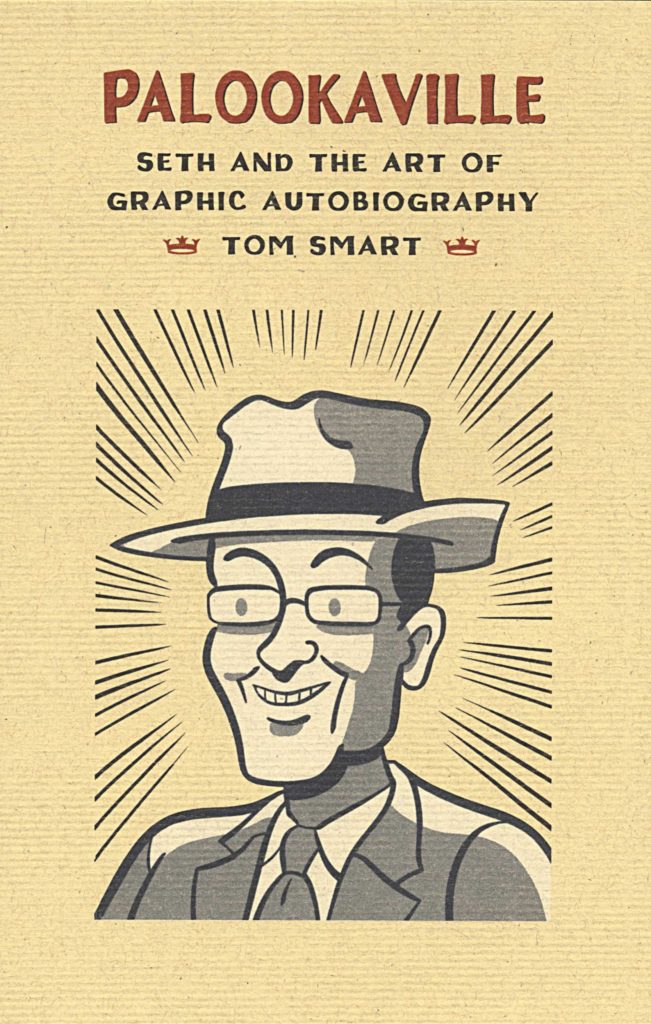 Palookaville: Seth and the Art of Graphic Autobiography

Famed Canadian cartoonist Seth’s comic book series, Palookaville, has been in progress since 1991, and veteran arts critic Tom Smart had his work cut out for him in trying to find unifying thematic meaning in the entirety of the existing body of work. Though Smart’s academic writing in Palookaville: Seth and the Art of Graphic Autobiography can, at times, feel a tad overwrought — such as when he describes Palookaville as “a kind of urgent, postmodern samizdat wherein Seth can voice his cleverly disguised dystopian warnings” (81) — it is encouraging to see Seth included alongside previous subjects of Smart’s critical writing, such as Alex Colville and Mary Pratt.

Read our review of Seth’s Dominion

Seth’s draughtsmanship is lovingly reproduced in slick black ink throughout the volume, and it must be said that Smart and The Porcupine’s Quill have done an outstanding job in highlighting the qualities that make Seth’s art so lasting in the first place.

Smart is very obviously a dedicated fan of Seth’s work, and the monograph is not written for the uninitiated. Casual readers may find the text difficult to follow without having read the series itself, but stalwart Palookaville followers may well enjoy a more cerebral take on the material. (Kris Bone)