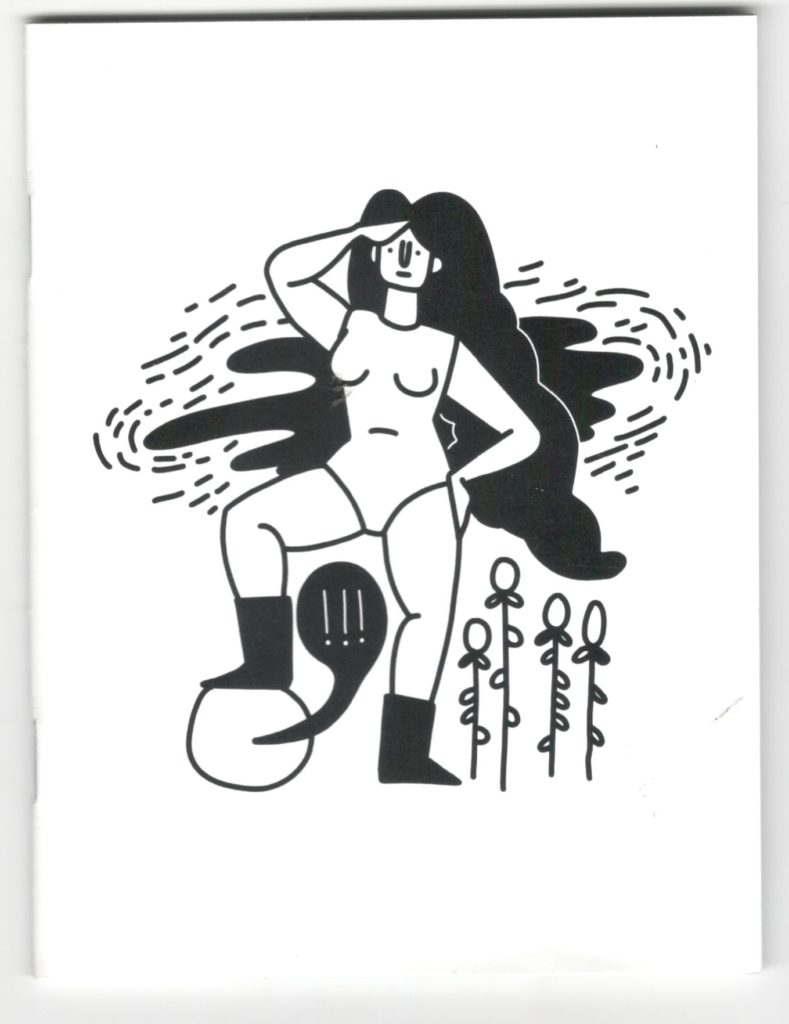 Growing up, my parents would often plop my brother and me before a television screen and share classic silent films with us. Before I was a very capable reader, I would watch stories unfold without words. This early introduction to silent films turned into a love for the form and an appreciation for storytelling that focuses attention on visuals.

Oona Moon is a science fiction heroine who finds her life disrupted when a flying object crashes into her home. Told almost entirely in black-and-white visuals, C. Vandermey’s comic follows Oona on the adventure that follows the initial crash.

Through wonderfully drawn images, Vandermey is able to command the reader’s attention while showcasing the character development of the loveable Oona Moon. Like a silent film, Oona Moon entertains with only the briefest use of language. Ooona Moon: An Adventure (Episodes 1-8) ends on a cliffhanger and leaves the reader looking forward to picking up the story at Episode 9. (Kim Hornak)