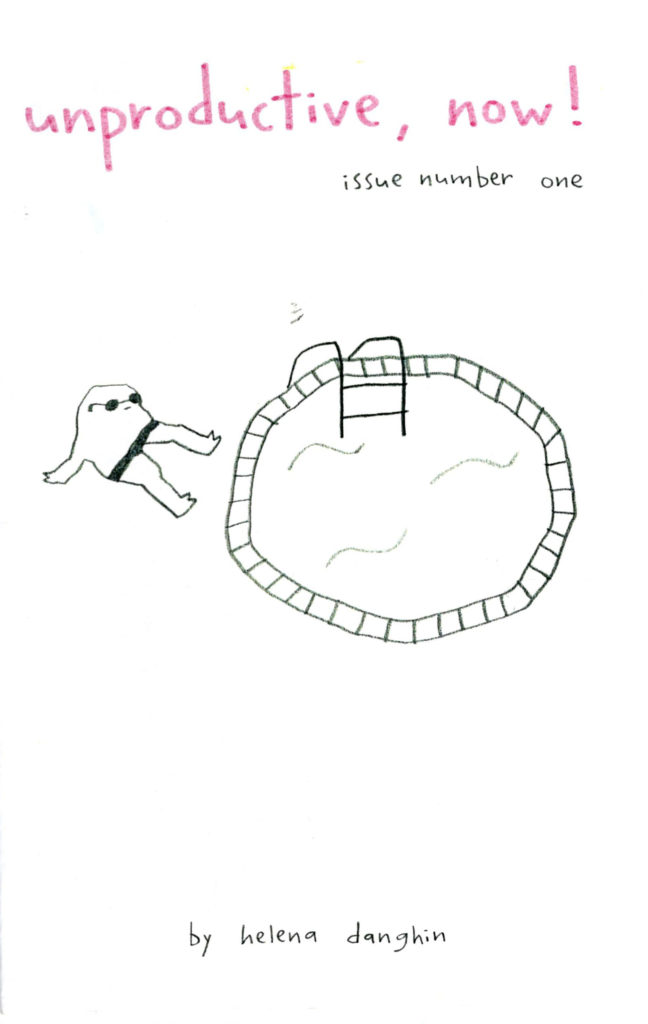 In a wonderfully satisfying collection of concise, minimalist, black and white single page comic strips, Robee Sloe demonstrates apparent mastery of the unwittingly self-effacing character — if such a thing is possible. There is page after page of incredible biting humour, with jokes revolving around the sadness and obliviousness of the distinctive-looking humanoid characters that star in each strip. They are pitiable, neckless, bipedal things with mouths at the same latitude as their eyes, perhaps most closely resembling frogs walking upright, but certainly not intended as anything known to our world. I’m just going to call them frogpeople. Hope that’s cool.

Robee accomplishes remarkably expressive faces and body language from them. In one strip, over the course of six borderless panels, a frogperson watches an earthworm writhe about. As the panels progress, the frogperson’s face contorts more and more, until they angrily shout: “What the hell is wrong with you?!”

Some of Robee’s comics are quicker and more subtle; there’s plenty here that could easily be at home in the New Yorker. My favourite is a single-panel comic: two frogpeople in t-shirts, one reading “kewl,” the other “super kewl.” The former points to the latter, asking “Where did you get this?” Clearly my telling it in a review isn’t as great or as funny as seeing it in real life — so you should find this and follow Robee’s Tumblr. (Joshua Barton)