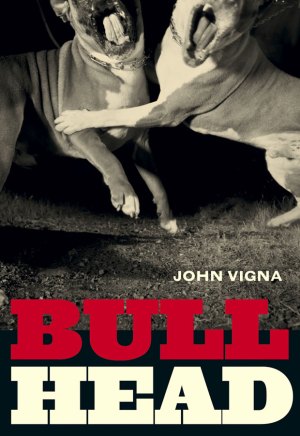 Each one of Vigna’s predominantly male characters is lost or broken in some way. They are tree planters, truckers, and dog fighters; they drink, sleep around on their spouses and hunt to assert dominance over a small corner of the world that has not yet passed them by. Once upon a time these were “man’s men” — men who survived through strength and force of will, but they have lost their sense of identity through many failures and inactions.

Lonnie, the protagonist of “Short Haul” places personal ads to escape his physically abusive wife Dani — rather than confront her directly. In the only story told from a woman’s perspective, “Cutblock,” the protagonist falls for a “boy” who will always be just a boy — a child who courts women using poetry and ignores his present situation. Meanwhile, the two men at the centre of “South Country” paint their masculinity through sexual wagers — a smokescreen that, when pulled back, pits them against one another.

Bull Head offers both a lamentation and a condemnation for a type of masculinity that no longer exists, fuelled by blue collar, salt-of-the-earth toughness and emotional stoicism. When forced into a corner, these men turn to violence as a solution to their problems. Whether through a fistfight between friends, shooting and killing a doe, or kicking a pit bull in the ribs, this blunt behaviour gives these characters temporary surges of strength and confidence, allowing them brief respite from their assorted emotional prisons.

Vigna’s writing, like his characters, is terse and to the point. He does not labour needlessly over emotional asides or gratuities. The hardscrabble lives of his characters are reflected in the matter of fact ways they are portrayed: as lonely, quick-to-boil has-beens and never-weres. Bull Head is a tense, vitriolic collection, and Vigna is a talent to watch. (Andrew Wilmot)