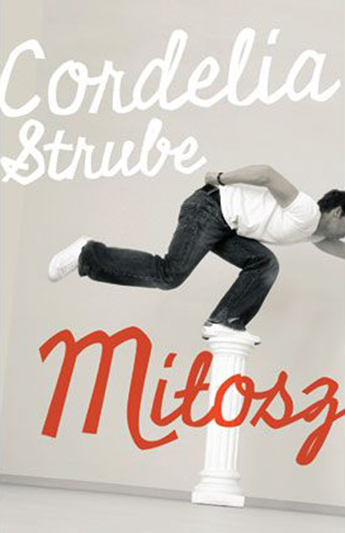 The recently dumped Milo, an underemployed actor, has moved into his childhood home to look after his argumentative and verbally abusive father. He likes the idea of playing the “long-suffering, despised adult son caring for his elderly father,” but now his father has disappeared, and, after weeks of searching, Milo’s given up on pretty much everything and everyone.

With acting jobs drying up, Milo works part-time for his foul-mouthed friend’s junk removal business, and his friend Wallace and his visiting mother have temporarily moved in. Within a short period of time, the sweetly sensitive Pablo, kicked out of his girlfriend’s apartment, also moves in.

Despite the full house, Robertson, the neighbours’ 11-year-old autistic son, is the only person Milo feels any connection with. Milo obsesses over his neighbours’ lives, eavesdrops on their arguments, stops by to try to smooth things over, and even assaults a kid who picks on Robertson at school — all with inevitably disastrous results. When Robertson’s father leaves, Milo tries to reunite the family. In the midst of this, Milo’s father is spotted on a reality program.

The constantly blaring television in the background provides a mirror, both for the reality TV scheme and the sitcom-like dialogue between the characters. It’s a crazy setup, but, for the most part, it works. The primary characters are wonderfully rendered, if not terribly complex, and it’s a lot of fun to read.

Tolstoy wrote, “Happy families are all alike; every unhappy family is unhappy in its own way.” Unlike Anna Karenina, however, Milosz is a comedy, not a tragedy. The unhappy families come together, and, as in any sitcom, all problems are (too) neatly resolved. (Nico Mara-McKay)