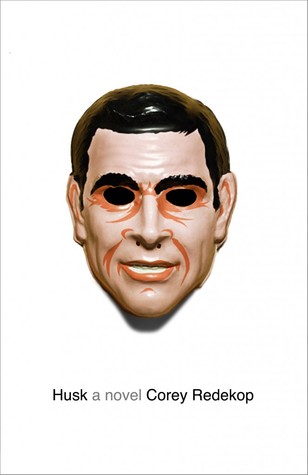 For those looking to learn everything—and I mean everything—about zombies, Corey Redekop’s Husk is for you. Do zombies shit? Yes. Do they pee? Redekop prefers not to get into it.

This funny, sarcastic and disgustingly graphic novel tells the horrific tale of Torontonian Sheldon Funk, an aspiring actor who dies in a bus bathroom with his pants around his ankles and “comes back to life” on a morgue table, only hours later.

He’s hungry. He’s decaying. And, somehow, he’s retained his memories and personality. As Sheldon relearns how to speak, breathe and move his rotting body, his career picks up and he lands himself a role in a horror movie as—you guessed it—a zombie. All the while, controlling his cravings (with the help of a few hobos and “phony baloney”) and refreshing his rapidly decomposing skin and eyes.

Beginning and ending with death, Husk is clever, witty and will keep readers on their toes—you never know what, or who, Sheldon will eat next. For the most part, descriptions are wonderfully and repulsively detailed, but do tend to drag on. Redekop even throws in a few emotional curveballs, particularly during Sheldon’s memories of his childhood and in his interactions with his mother—who, by the way, is also a zombie, thanks to her son.

Despite some extensive and unnecessary descriptions, a few unanswered questions and character inconsistencies, Husk is sure to entertain: gory deaths, secret, underground immortality operations, A&E documentaries, tabloid headlines, famous actor lovers and all.

Just be careful: Unless you can stomach your sandwich and severed heads, rotting brain matter, intestine trains and hanging eyeballs, this is not a lunch time read.