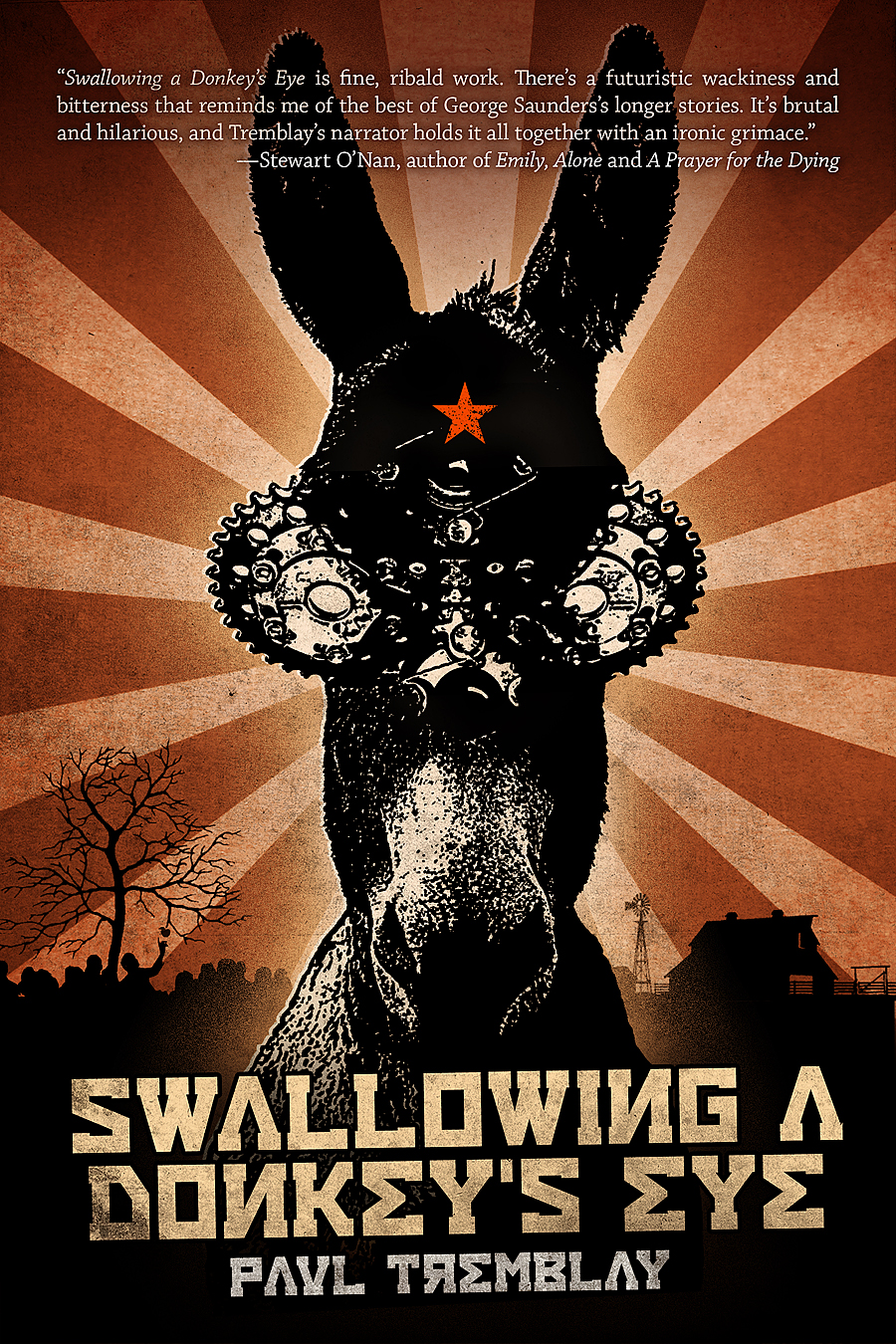 This latest novel by Bram Stoker Award- nominated novelist Paul Tremblay is a cyber-scatological satire set in a dystopic closed ecology of City, Farm and Pier. Almost every chapter has an explosion, or someone handling excrement. The narrator has no name, no motivation and seems barely interested in what’s going on. The plot stumbles forward, mostly serving to set up increasingly absurd scenarios as the narrator runs for political office and hunts for his missing mother. But none of that really matters. A dystopic work thrives on its sense of place, the ability to conjure up an image of what this world might be like, and what it is like to live in it. In George Orwell’s 1984, we don’t remember the protagonist Winston’s love of the English countryside; we remember posters of Big Brother, war with Eastasia, and the Thought Police. Winston, like the unnamed, biracial narrator of Paul Tremblay’s Swallowing a Donkey’s Eye, is an irrelevancy, more of a lens we can peer through into the world than someone we care about. A dystopia isn’t about its own plausibility, but about the spectacle of human suffering, excess and folly it displays. For that, this is a fine dystopia, and the plot does its job moving us through it. There are some great scenes with images that stuck with me long after reading the book: the falsity and cruelty of recorded animal sounds being played for tourists visiting a Potemkin village full of animals genetically-altered to be mute; the desperation of capitalism manifested through “Ad-Walkers” clad in silver suits swarming passers-by, grappling them and projecting ads into their faces. And then there’s the surreal dejection of a reality show featuring a political candidate tending to the City’s untouchables, revealed as a ploy to win him votes so he can actually change the system. So much of the strength of Swallowing a Donkey’s Eye lies in its images — it should have been a graphic novel. (John Bell)