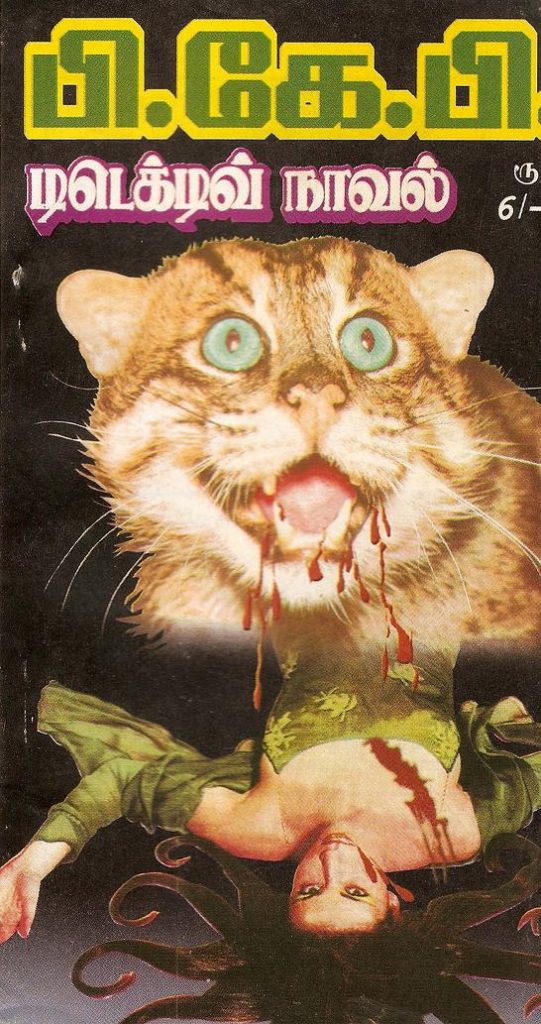 When a book is titled Super-detective horror thrill, the reader can be assured that excitement is pretty much guaranteed — especially if the cover shows a screaming orange housecat lording over a corpse in an evening dress. These are the books former math textbook editor Rakesh Khanna saw at every tea shop and train station for 10 rupees (25 cents) apiece in Chennai, India. However, as a native Californian who moved to Chennai in 1998 with fluency only in English, Khanna’s access to these enticing Tamil-language pulp novels was limited to admiring them on the racks next to packs of cigarettes.
This language barrier gave Khanna an idea. “I realized that no one had been translating [pulp fiction novels] because they were considered way too lowbrow,” he says. So he recruited a friend, Pritham K. Chakravarthy, to translate these works into English. “Pritham researched the books that were checked out most often from her sister-in-law’s lending library, read those and gave me synopses, and based on that we tried to make a representative selection,” Khanna says.
After travelling to Madurai and Coimbatore and then back to Chennai to acquire author permissions, Khanna and his wife put together The Blaft Anthology of Tamil Pulp Fiction in 2009. This compilation of stories about detectives, love affairs and a female robot who turns on her creator became the starting point for Blaft Publications. 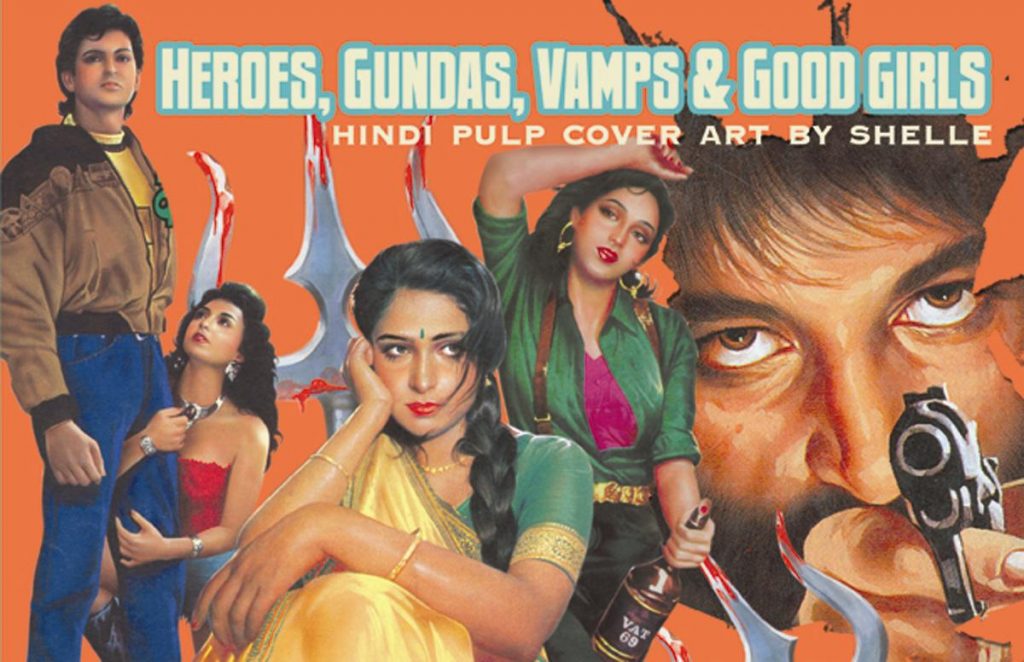 Blaft is run out of the building where Rakesh and his wife, Rashmi Devadasan, live. They have a second flat where the two of them work on the editorial side of the press, along with their partner V. Vinod, who is a photographer and administrator for the press. The first original fiction they published was by Winnipeg writer Kuzhali Manickavel, a book of short stories entitled Insects Are Just Like You and Me Except Some of Them Have Wings.
Since the release of the anthology, Blaft has kept an eye on Tamil writing culture and different pulp fiction scenes. They released Where are you going, you monkeys? a book of translated folk tales local to Tamil Nadu, the state in which Chennai is the capital. It includes stories like the irresistibly ribald “Four Hundred Goats,” in which a herder’s daughter decides to save their goats from a storm by shoving “all the goats into the dark cave between her thighs.”
Sexy farm tales aside, many of these pulp novels tend to focus on gritty crime, and Blaft has printed a collection of all the best murder-inspired cover art. They’ve also printed several translations from Urdu author Ibne Safi, who wrote an epic 250-book series melding crime and magic. In addition to publishing pulp texts, Blaft has also made a foray into publishing vintage Indian comics and other historical curiosities in their recently inaugurated periodical The Obliterary Journal. The first issue features a vivid and diverse collection of Sanskrit algebra problems, a gallery of bus paintings and a 1970 Bengali gangster comic.

The name Blaft is an oddity in itself. It was taken from a book on Hindu black magic, or mahaindrajaal. “There’s something called ‘the Blaft mantra’ — if you say it 108 times every day it’s supposed to give you the power to breathe underwater and speak the languages of the fish, or something like that,” Khanna explains.
Next, Blaft wants to tap into the horror fiction scenes of Malaysia and Indonesia. They’ve already printed a romance novel from Nigeria, and they want to explore the thriving pulp cultures in more southern African countries like Zambia and Malawi. But first, there are even more Indian language oddities to expose. They are currently working on a book of folk tales translated from the northeast Indian language Mizo, featuring were-tigers and the fantastic Chhurbura who sneezes on his enemies and blinds them with snot. And although Blaft can’t keep up with the prolific pulp writers who churn out five novels a month, they’re keeping a lookout for the bizarre fiction that captivates readers in many other languages around the world.