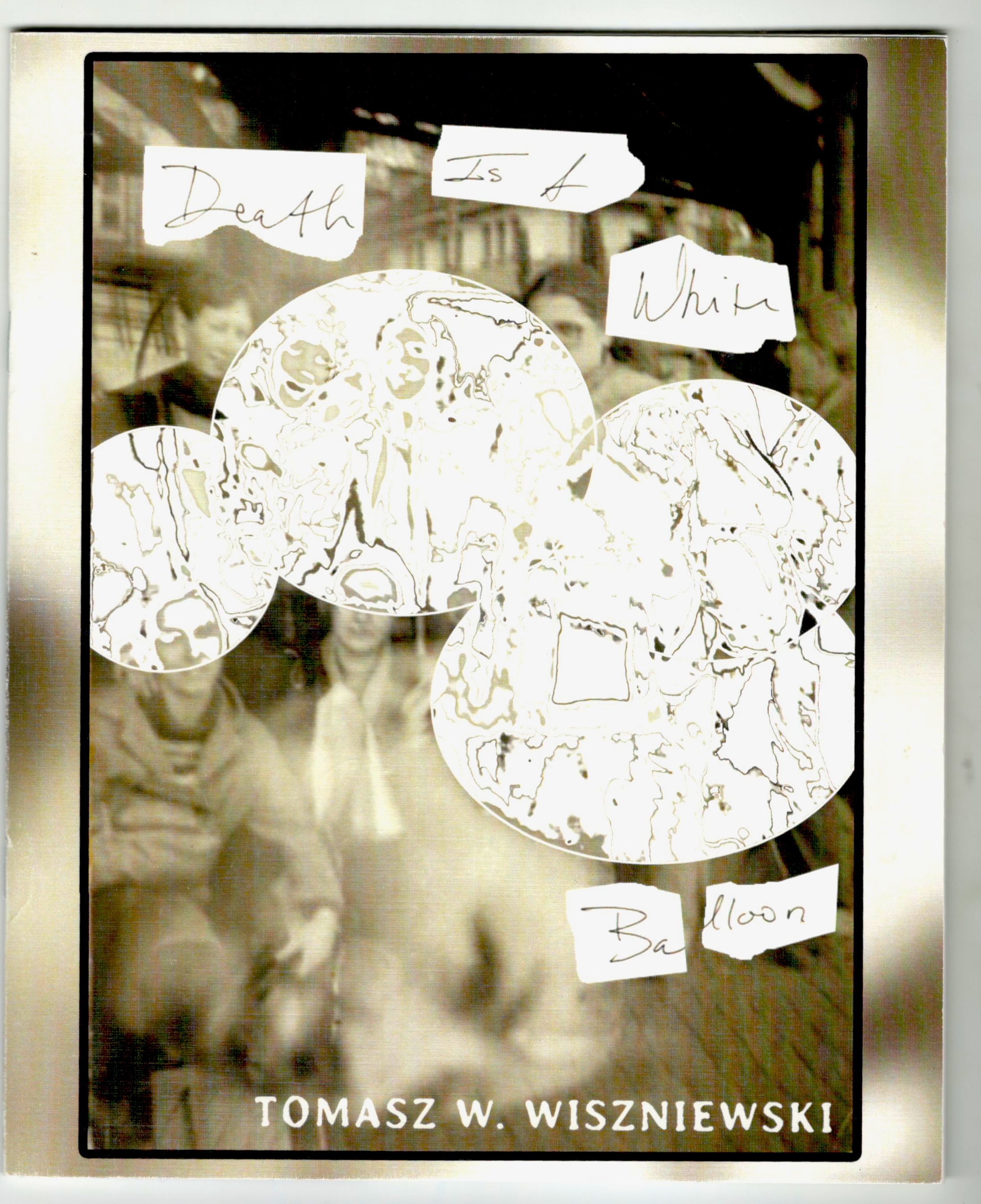 Death Is A White Balloon

This debut chapbook from Ottawa-based poet Tomasz Wiszniewski (previously published as Thomas L. Winters and currently trying out Thomas Koht) is guilty of a few lesser sins, but he seems to be aware of it. Several of his poems here are built strictly from lines that are so word- packed that they’re impenetrable, “Clinging to gilded coteries of your internal twiddly nocturne.”

Others take the opposite route, leaving generous gaps for the reader to fill in. “My crime was no more than the crime of a person trying / to understand the wave of their dream,” he admits. It’s possible this entire collection is a conveyance of dreams, which perhaps explains that the poet, too, could use some help deciphering these images. The clues are abundant: “in-ear Sandmen” whisper to him, an alarm clock is “flash- ing its inaccurate hour” (a common dreaming signal). A smothering mass is ever-present; it “Veils the now…giant drowning carousels…she feels them weigh down her shoulders.”

While it’s often a struggle to piece together what’s occurring in these texts, cut up and collaged, it all makes a weird kind of sense in the end. Perhaps it taps into the unconscious, reaching memories of past dreaming states. It’s like when someone is telling a long story confidently, but seemingly without any stable place to land. Perhaps once you realize it’s all a dream, everything is permissible.