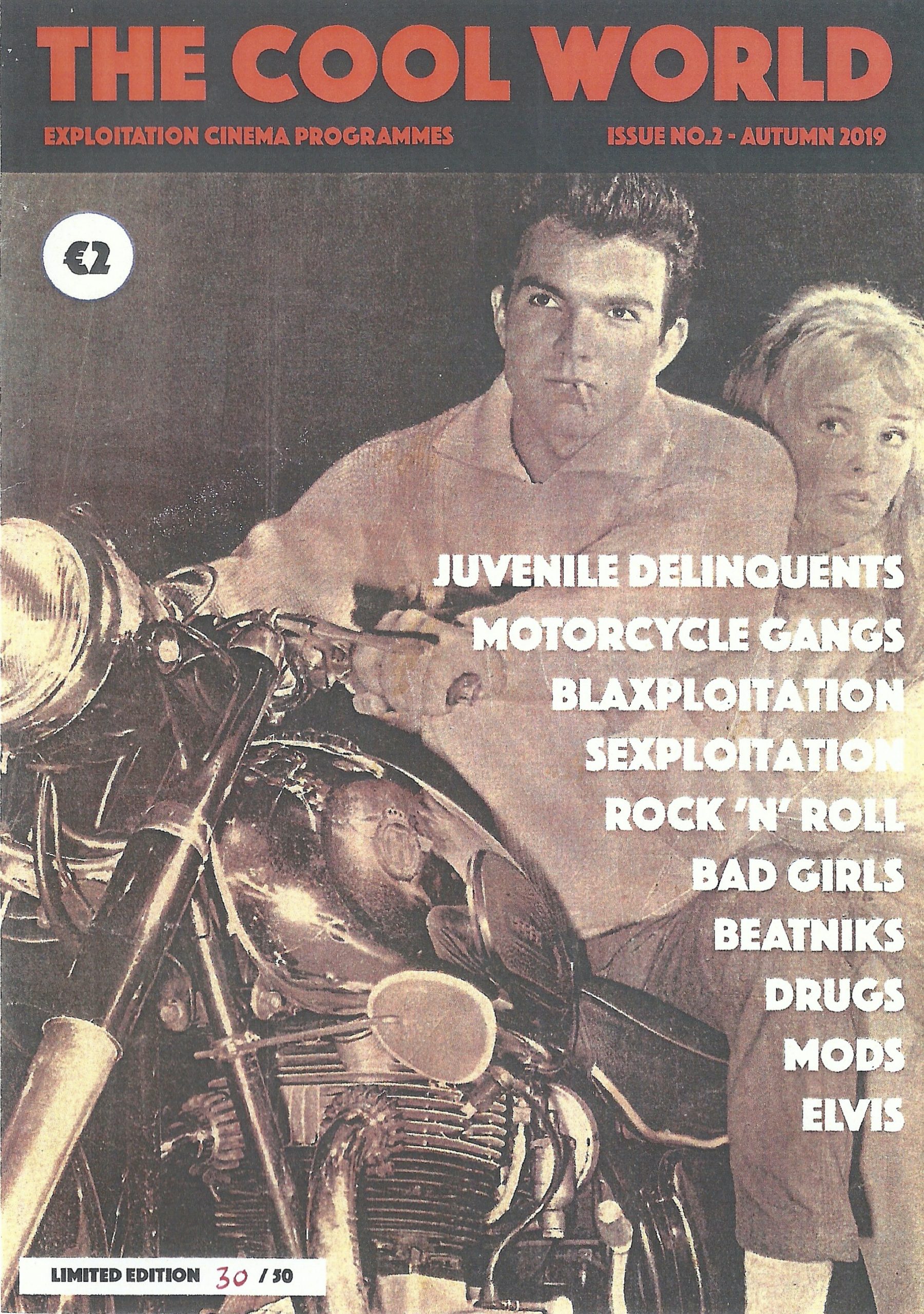 All the way from southern Austria, the pseudonymous Mr Farmer opens a window peering into the world of vintage cinema program. By Farmer’s explanation, we should not be surprised that this zine originated in Austria. He explains that it is “probably the only country in the world with an unbroken and ongoing tradition of producing film and cinema programs,” beginning in 1911 and still going strong. These programs, for the unfamiliar, are print promotional booklets circulated to advertise films and have become collectibles themselves.

Digest size and printed in full colour, the programs in this zine all come from vintage exploitation flicks, and is dedicated to “the deranged visionaries everywhere who keep the spirit of goneness alive!” As the cover suggests, the expected niches are present: juvenile delinquents, motorcycle gangs, blaxploitation, sexploitation, and so on. Most of the films are European, with a few American exceptions. Invariably, the program text is in German, but Mr. Farmer’s annotations and descriptive data are in English.

This essentially functions as a catalogue, presenting descriptive info for each film: title, director, stars, production info, some promotional copy, and a sentence or two about the film. The use of colour really ups the impact of the zine, demonstrating the richness of the program’s sepia tones and bringing them presumably closer to the originals. Those prone to geek out over exploitation films will find a lot to love here, but don’t expect much context. The real focus of the zine is to share the reproductions of the programmes themselves. Film buffs and collectors, dig in.