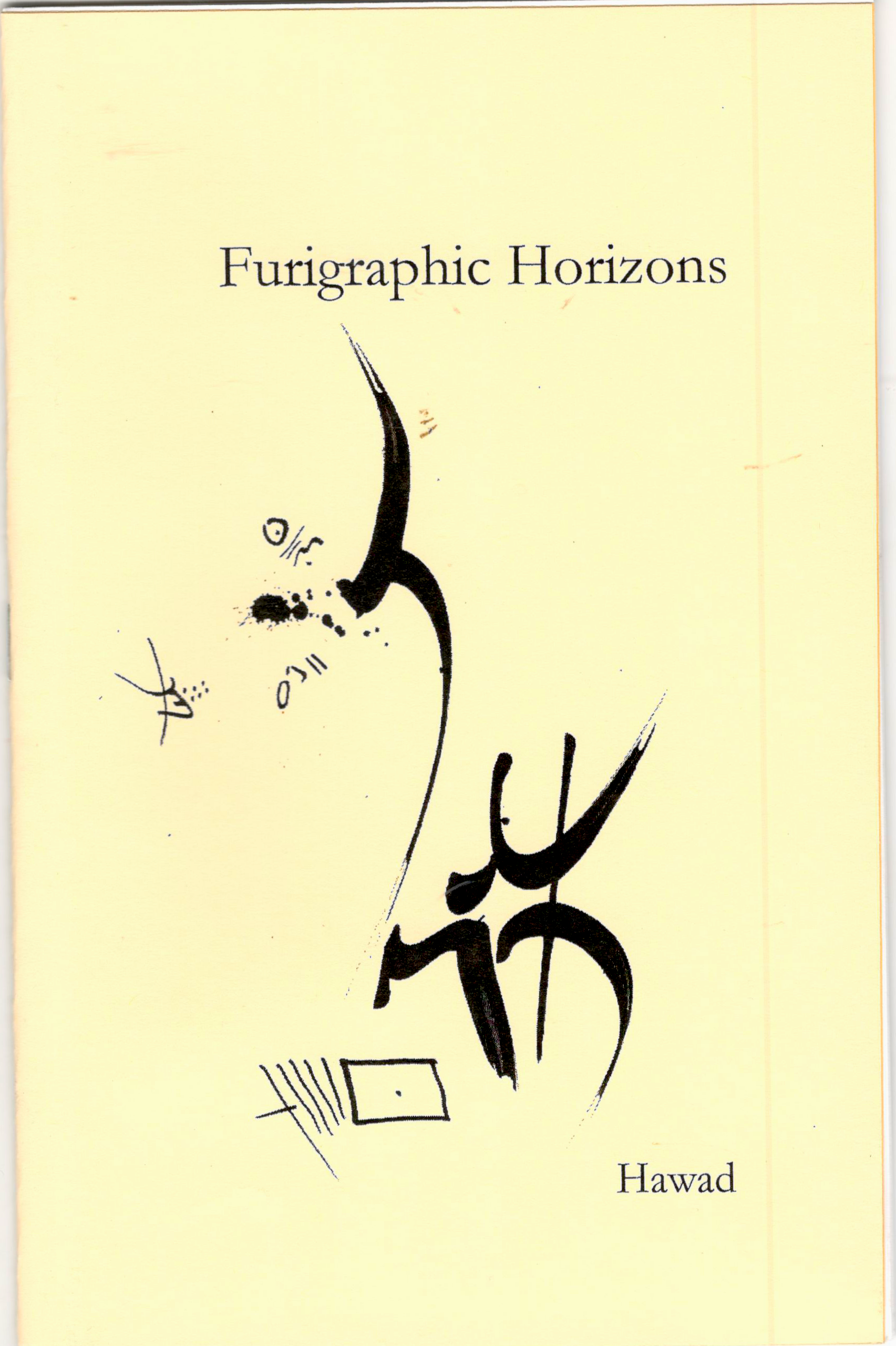 Translator Jake Syersak selects three poems from Hawad’s Furigraphie collection for this English language chapbook. The poet, Hawad, belongs to the nomadic Saharan Tuareg people, and the poems were composed in Tamazight dialect using Tifinagh script. However, Hawad alters the already obscure characters with an invented method of furigraphy, a wild calligraphic brushwork. These were subsequently translated into French by the author and his wife, Hélène Claudot-Hawad. Thus, conceptually, the project is a marvel: Hawad’s Tuareg-Tamazight tongue, written in Tifinagh, collaboratively rewritten into French with the Roman alphabet and again into English by Syersak. Then, of course, these were printed and bound by rob mcLennan on his trademark coloured copy paper and sent, most likely, to your mailbox. Following so far?

The poems themselves are compel- ling, meant to achieve a “literary transcendence of the self to encompass ubiquity and escape the superficial physical and mental constraints of time and space,” Hawad’s subject matter appropriately returns again and again to a search for solid, extrasensory truth.

His verse is punctuated by galloping images and grammatical puzzles. One is never sure where he is headed, because one is never sure where he’s situated to begin with. Just try reading “The Swell of the Horizons.” — “Iron hoof horse,” / Inside the brain head pebble/brain pebble head/horse inside the hoof / The fatal march toward utopia/forces the rider to drink / the swell vertigo tempestuous urine / of his horse inside the head.”

To read Hawad is disorienting, to say the least, but any determined search for immaterial truth should be. Hawad’s poems are fascinating on their own, but the implications brought to the fore a dogpile of languages, altered scripts and author-translators make these social poems sedimentary, worthy of study.