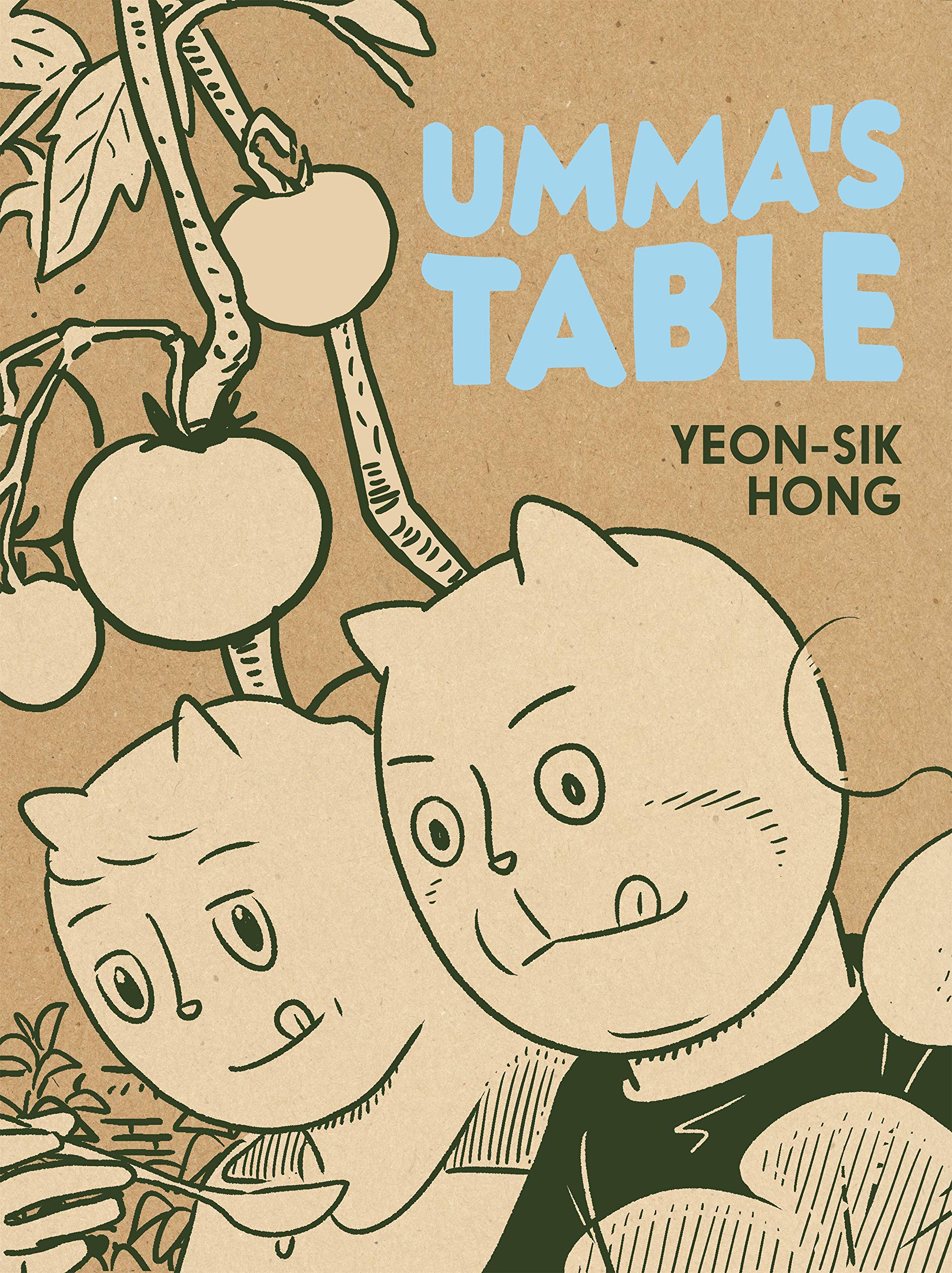 South Korea-based illustrator Yeon-Sik Hong introduces us to Madong and his family as they go through a difficult time. He’s just moved to the countryside with his wife and baby while simultaneously moving his ailing mother and alcoholic father out of their dingy basement apartment in Seoul. To cope, Madong, a cartoonist by trade, finds himself reminiscing about the meals his mom used to cook for him and his brother. Food gives Madong a way of reflecting on his childhood, dealing with his mother’s rapidly diminishing health, grappling with aging, and comparing his own childhood to that of his young son. Combined with beautiful illustrations and elegant translation by Janet Hong, the outcome is a really lovely, tender read.

It’s worth pointing out the similarities with Hong’s autobiographical title, Uncomfortably Happily, in which he reminisces about moving from the city to a house on a remote mountain. Beyond the premise, Madong’s personality is not unlike the Yeon-Sik Hong portrayed in Uncomfortably Happily. Most importantly, both books feel deeply personal. Reading them as fiction or as memoir is equally likely to make you feel lucky to observe the life of a thoughtful, caring person and their exhausting but ultimately worthwhile struggle.