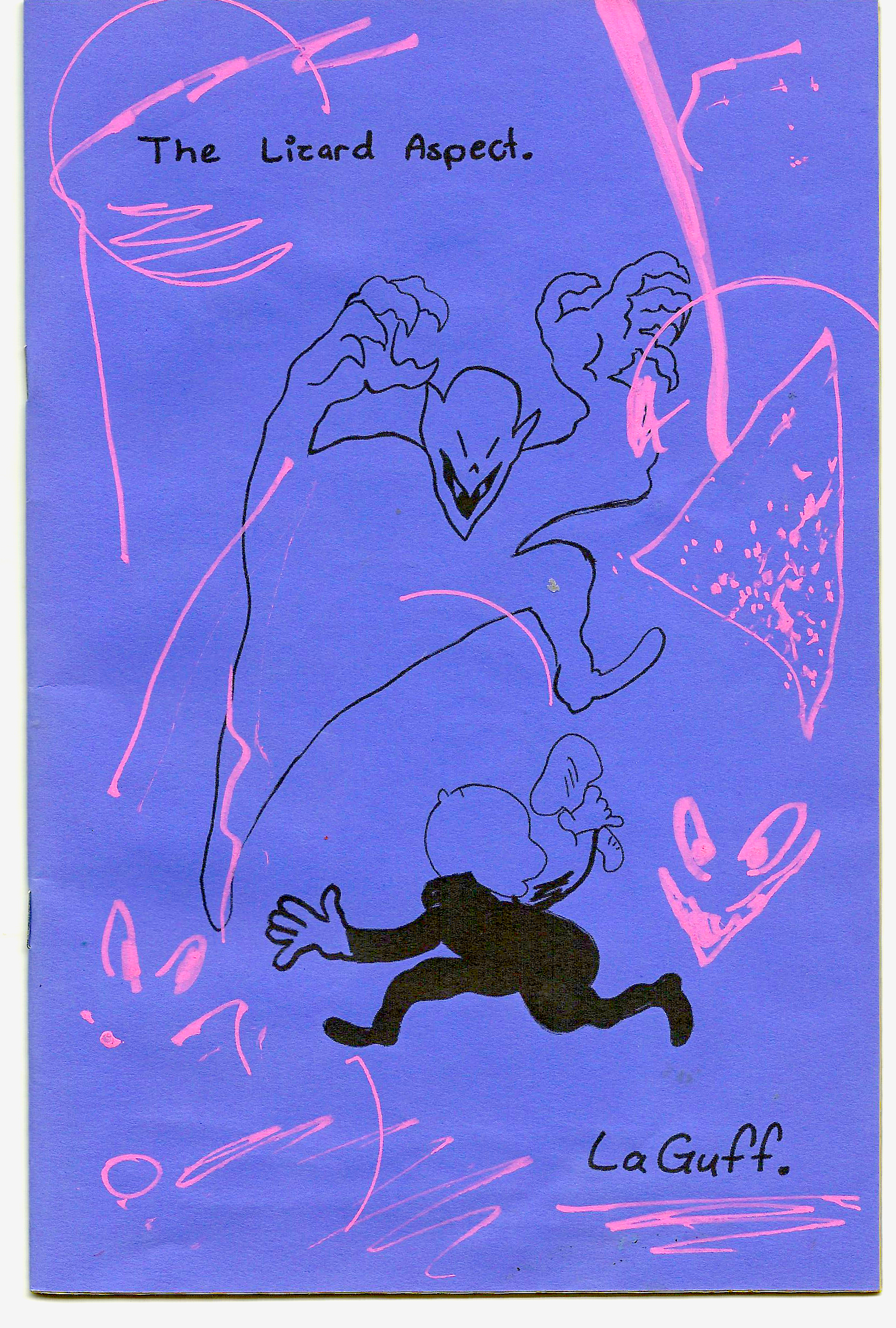 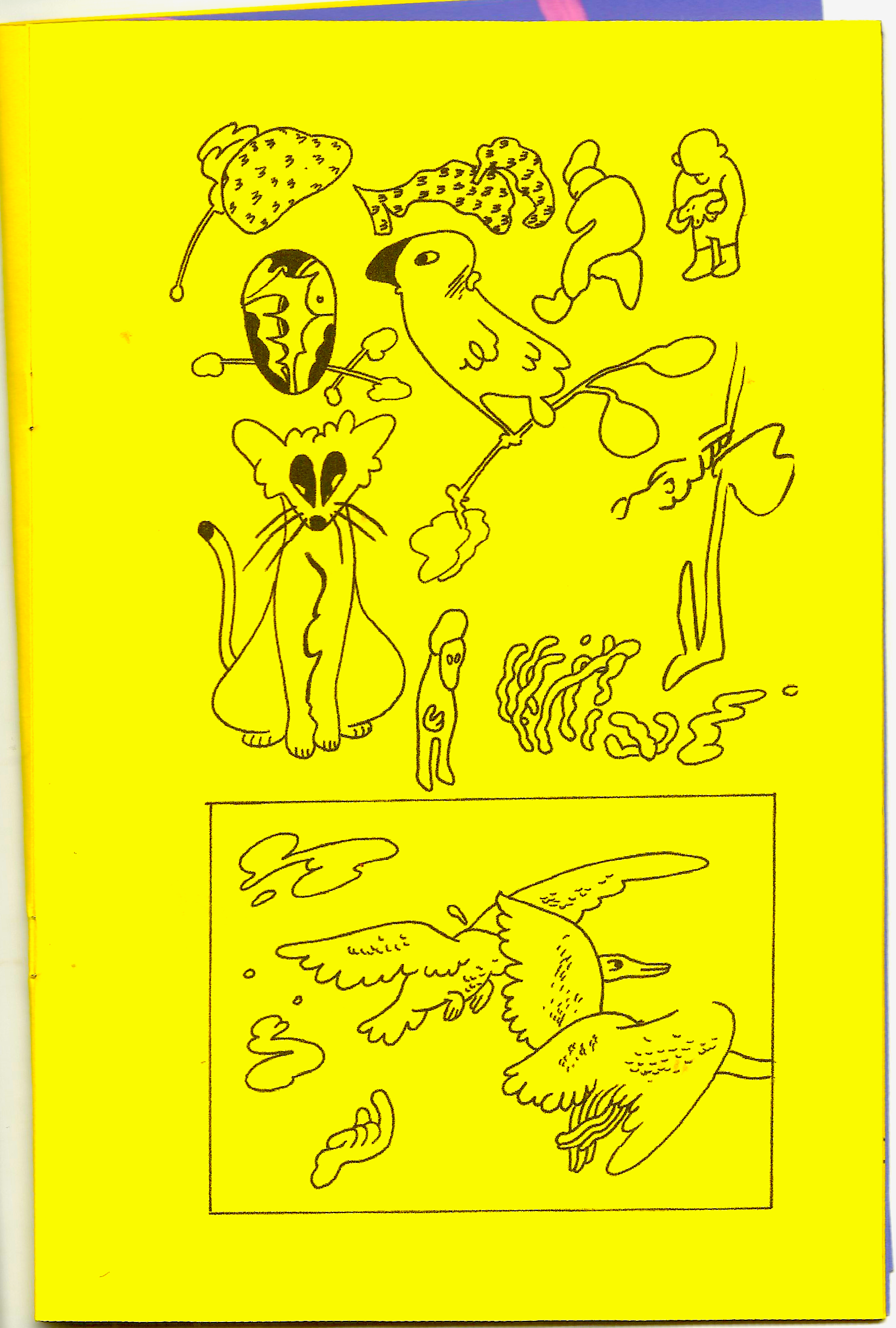 By his own words, Justin Laguff’s work is “colourful and billowy.” Judging by The Lizard Aspect, a collection of Laguff’s drawings from 2017-19, it’s safe to say this is accurate. Figures and animals puff up like clouds in Laguff’s linework, no subject unafflicted by or swollen proportions and curves. My intuitive characterization of these figures is hyperdeformed (in the spirit of the hyperreal), with any original referent in Laguff’s work obscured or at best slippery. Bodies defy gravity, their swirling back in on themselves, or their bulbous extremities and limbs scattering across the page. Even on quieter spreads, Laguff’s pastoral scenes are spiraling. In one, a series of tiny figures solemnly passes through plants rendered bulbous, swollen, almost alien shape. There’s an urgency to everything in The Lizard Aspect, even in simple things — a smile or a wavy-lined figure punching another in the face, their proportions squeezed, even threatening to collapse in on one another.

Having seen Laguff’s colour work, my only criticism of Lizard Aspect is that here we’re denied that. Though that’s simply just me wanting more. I really can’t say enough nice things about it. Excellent.