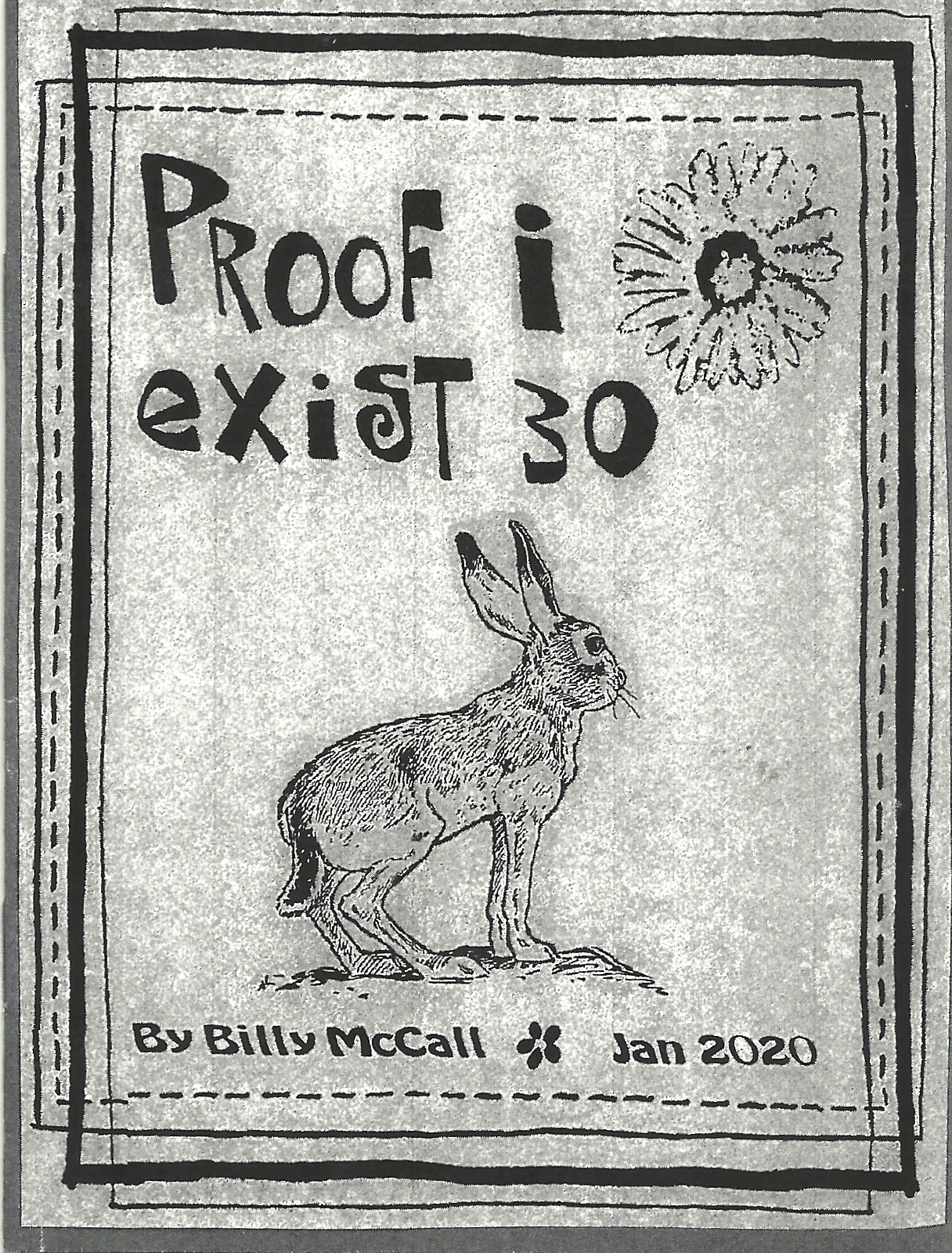 A punchy adage famously misattributed to Ernest Hemingway goes, “write drunk, edit sober.” This is probably bad advice — at least, it’s bad advice when you’re trying to write zine reviews, as I can attest. But what about when you’re actually writing the zines?

Well, zine veteran Billy McCall apparently decided to give it a shot, writing this little guy over the course of a single night, using only a typewriter and “too much wine,” to quote his Etsy page. This issue of McCall’s long-running perzine, (issue 28 of which won Best Overall Zine in the 2019 Zine Awards) opts for the favoured perzine format: quarter-size pages with cut and paste spreads printed in black and white and stapled lovingly down the seam.

In terms of content, it’s a fairly emotional word splatter of a ride. He flits from one topic to another: moving between Baltimore and Albuquerque, mid-life crises, non-monogamy vis a vis a short-lived fling, failure and friends. It’s a trip through Billy’s head on a fairly sad night. He questions some of his choices, but staves off regret with optimistic notes. Perhaps he throws them in for balance, but they seem to be more directed at himself more than to the reader: “Push on, push forward, like a typewriter with no correction tape. Just x-out the fuck- ups and keep typing,” he urges.

I feel like McCall ground this one out. The writing is frantic and sprawling, not unlike most sloshed brains late at night.

Taking a breath between his wish to never get zine famous (too late?) and considerations about which people don’t like him, McCall checks in with himself: “I guess this is going to turn into a 24-hour zine … Most of it will be garbage, but one or two lines will be brilliance and that’s enough to sell it for a dollar or two.” But as it turns out, there’s not too much garbage after all. A frazzled read, but one worth doing.