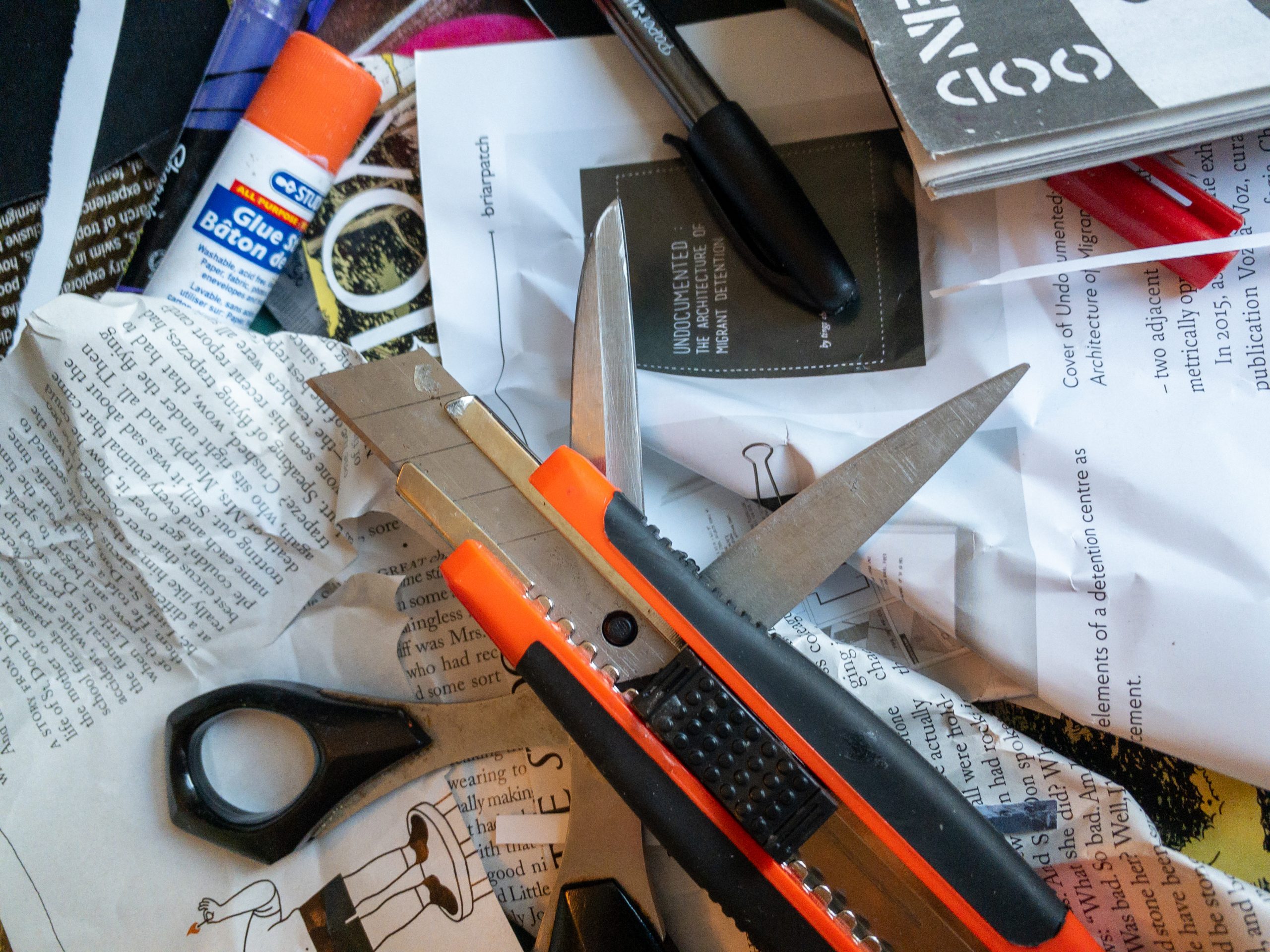 You know this, but it would seem weird if I didn’t say so regardless. The way we relate to making work and to each other is entirely different. And though it might seem minor against the horrors and struggles of today, the pandemic has brought me a struggle that will be familiar to many other artists accustomed to processing the world through creativity: artist’s block. I have really struggled these past months to find inspiration to create, much less the energy. I’ve been asking myself, is it inappropriate to make work or think about zine-related things, given everything that’s going on? Or is it necessary? And seriously — why is it so hard to get stuff done now that I’m always at home?

I know I’m not alone in this frustration. I know there are plenty of reasons you or I might find ourselves stuck with a blank page. Tension at home, being stuck inside, unable to leave. It’s all very draining. Then there’s making time — shouldn’t I have more free time now? I thought it would be so, but I’ve realized my free time isn’t so free anymore. Being in this same environment has produced routines and patterns that easily fill the space in my schedule. Finding motivation to break these habits is a chore — well, worse than a chore, since there are plenty of those to do too.

Seriously — why is it so hard to get stuff done now that I’m always at home?

I have tried to sit and force myself to make something happen, but it hasn’t worked. My creative attempts were so difficult that the meagre stuff I produced felt subpar and flat. As a result, I’ve begun and quit making three different zines now. That’s been draining rather than enjoyable, and I still have little to show for it.

So, I’m disheartened. It feels like I’ve lost my creative ability, which is key to who I am. My attempts at remedying this brought no luck, so I reached out to some other zinesters in my community to ask what they might be doing to get in the working mood.

“There is an uncomfortable pressure to be productive right now,” says Brampton-based illustrator Beena Mistry. “Even though people will say that it’s okay not to be, many artists want to be busy making things.” Instead of stressing out about the pace of it, Mistry prefers to look inward. They suggest three principles for reframing the whole premise:

••• Redefine what “being productive” means for me — and me only.

••• Reflect and be proud of the tasks I did accomplish, instead of what I missed.

••• Learn to be okay with doing nothing.

As I thought through these, I realized I’m not being very nice to myself about my practice. Even if the output isn’t as satisfying, my efforts do count for something. And of course, I can try again later. Failure is process.

I also spoke to Victor Martins, a Brazil-bred, Toronto-based illustrator and regular Broken Pencil cartoonist who also emphasized accepting and honouring the challenge.

“Leaving the house in any capacity is helpful, just to get out and take a breather,” they suggest. “And accepting that I’m not going to get as much done, because things are just different and harder now and that’s okay.”

Martins also said they’ve gotten in the habit of “pretending” they have a 9-to-5 job. “Waking up in the morning and going to work at home has been great.” Part of staying focused requires adding rest, they add.

2) Then take a short break.

Waking up for a 9 am start is daunting. (I’ve absolutely destroyed my sleep schedule.) But finding routines to mentally separate working at home from merely being at home is something I’m willing to try. Building one’s own structure requires some discipline and won’t come naturally to everyone, but that’s why people invented tips and techniques like these.