This ish of Lisa Carver’s little mag sports a bloodied woman with fishnet stockings lying (dead?) on the sidewalk. Nearby, there’s a piece of, also bloodied, pipe. Inside, we get to read an interview with the dead girl (AKA Liz Armstrong), who has a “sex-death obsession”. After the photo shoot, apparently she looked at all the images of herself and thought: “Oh my god, I’m hot! Awesome! Lookit-I’m all bashed up and stuff! I don’t really believe in Satan. He’s just this …sexy…guy who’s gonna…who might be on fire!” That interview devolves into guessing what a series of passerbys’ nipples look like. OK, whatever. Different strokes. There’s also music reviews by Lisa’s three-year-old son, who only answers to the name Car Alarm: “ABBA – fish dance, kick music” or “Judas Priest – This man mad-vroom, vroom!” Lisa and her friend Rachel make snarky comments about various bands and musicians for a few pages and call them “soul reviews” – gotta love the photo captions though. Then there’s a funny interview with a guy named Matt Jasper about the difference between girls’ and guys’ orgasms. All in all, an ish of Rollerderby’s definitely worth shelling out three bucks for… (EPW) 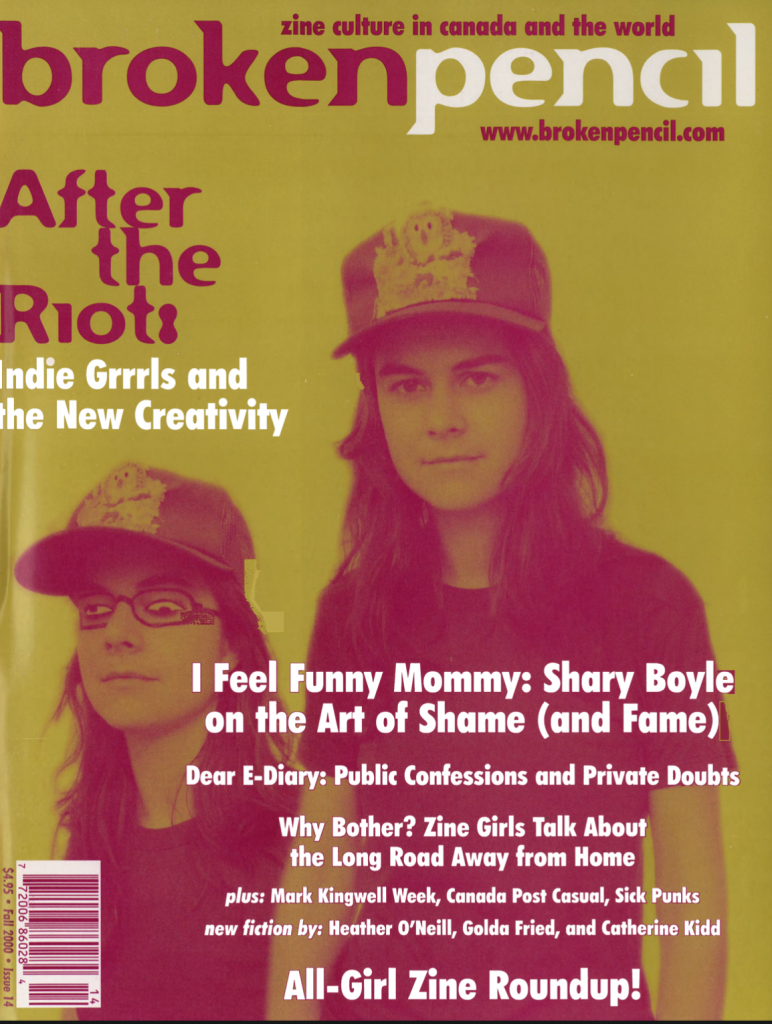