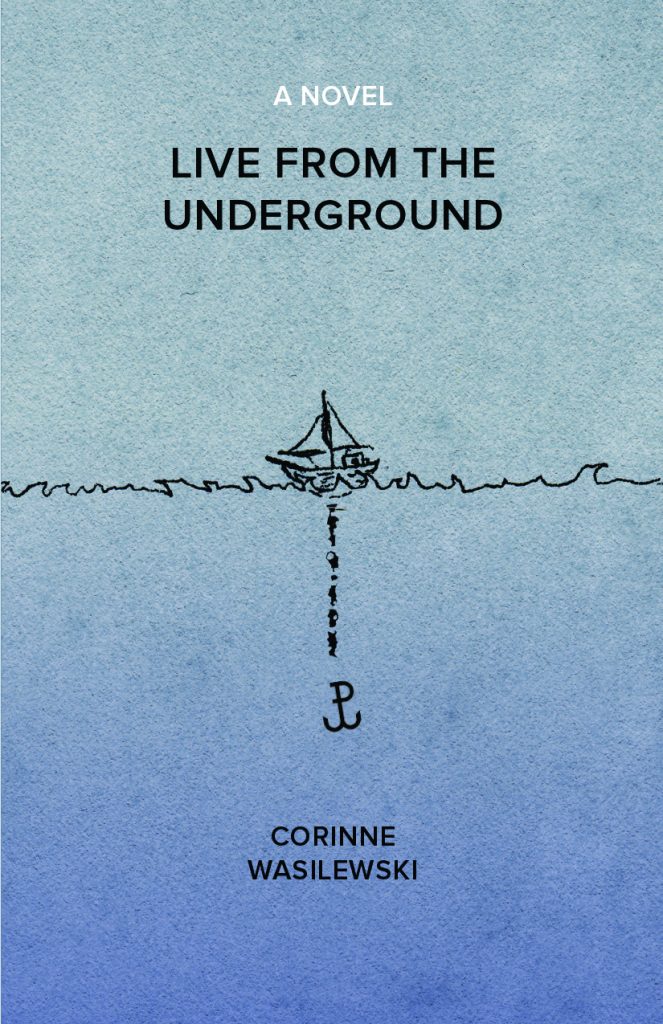 Corrine Wasilewski has a rare talent for description, characterization, and spinning engaging story threads. Live From the Underground began so strongly I wondered if I was reading what might become a household name in Canadian writing before long. I still feel this way, though this, her first novel, came to suffer from weaker wide-angle plotting.

Wasilewski set up her pieces in brilliant formation but then made puzzling moves. The first protagonist, Darek, we meet as an adolescent confronting the complex national and political developments of 1980-82 Poland. His father, Andrzej, is an active Solidarity member and the family is forced to emigrate to Canada and settle in Lampeq, New Brunswick. There, our second protagonist, Eleanor, takes an instant liking to the new Polish boy at school. Yet, from here their connection fades to the background. I’m an admirer of the literary romance that ought to be, but which never comes to fruition because it is held apart by society or by the lovers themselves. This is not what happens here, as their connection is loose and mostly evaded until a tragedy eases its reintroduction.

Wasilewski uses this tragedy to inject emotion and meaning when these would otherwise be lacking. In literature, tragic events should seem inevitable serving e a purpose engineered by the story leading up to them. The first tragedy, involving Darek’s mother Teresa’s inability to adjust to small-town Canada, was orchestrated carefully and evoked real sorrow in me. What happens to Eleanor, conversely, is random horror that allows an abrupt turn toward a conclusion. Prior to this, Wasilewski skirted the challenge of having her two protagonists sustain an arms-length yet simmering longing for us to become invested in.

Overarching structure aside, I highly recommend Live From Underground. Its problems are self-generated, and I chose to harp on them partly because it frustrated me that a talent like Wasilewski’s could have done more with such a well-set stage and her beautiful writing. I will eagerly seek out and read her next book. (Feliks Jezioranski)