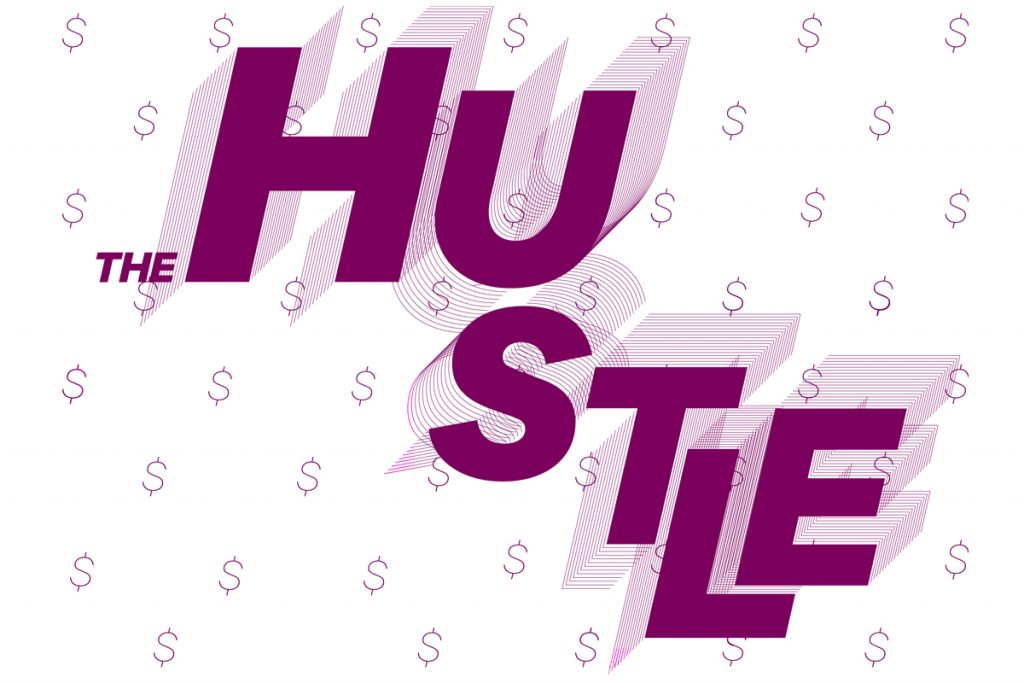 I always wanted to be an author when I grew up. As a teen I moved 4,000 kilometres away from my hometown on Vancouver Island with two suitcases and a box. I worked like crazy to pay my way through two university degrees, then competed like a champ for writing work in Toronto. I weathered layoffs and start-up bankruptcies in a volatile economy and hustled as a freelancer. I sacrificed social time and sleep to write. Along the way I picked up a bass, started jamming in bands and played local shows, which was awesome. When my novel Circle of Stones was published in 2015 to positive reviews, I felt all the effort I spent pursuing that dream was worth it.

But in the summer of 2016 I started to question it all. I was burnt out and broke. My book sold, but the market for Canadian literature is shockingly small. Freelance clients seemed surprised when I pitched them, as though they assumed I was making money from my book.

The reality was my creative pursuits cost me more than I made from them. I paid for editing, design, marketing and an indie tour for my book plus music gear, rehearsal space and recording. I wondered – were writing and music mere hobbies if they didn’t generate income? Would I only ever get to do this part-time? Was doing it for the love enough?

Cue anxiety and disillusionment. I felt like a failure and contemplated quitting. Yet when I tried to imagine life without writing and music it seemed bleak and pointless. Creative life brings me joy, and deep soul connections with the people I collaborate with.

Then I did some research and discovered the market for art, writing and music is broken. The Writers’ Union of Canada teamed up with Music Canada and other arts organizations to do something about it last fall, and the statistics they reported as part of their Focus on Creators campaign are ugly: Canadian musicians only earn an average of $7,228 a year from music; most musicians can only afford to spend up to 29 hours a week on music and Canadian writers are making 27 percent less today than they were in 1998.

At the same time, affordable housing, studio and venue space is at a premium in Canadian cities. The average one-bedroom apartment costa $1,740 in Vancouver, $1,350 in Toronto and $960 in Montreal in 2016. Gentrification continues to push artists out of commercial studios and live/work spaces: Toronto artists were forced out of warehouse spaces on Wallace Avenue and Sterling Road in 2016, and as the year ended, after 23 years of housing cultural organizations, even the iconic 401 Richmond building was under threat by an 85 percent tax hike. The tragic Ghost Ship venue fire in Oakland in fall also left artists across North America fearing a crackdown on DIY spaces and more displacement.
Artists are losing the spaces they need to create and jam in, at the same time their incomes are dropping and the cost of living is rising.

The creative middle class is dead. It really is tougher than ever—but not impossible. Here’s how eight indie creators from across the country are making it work: 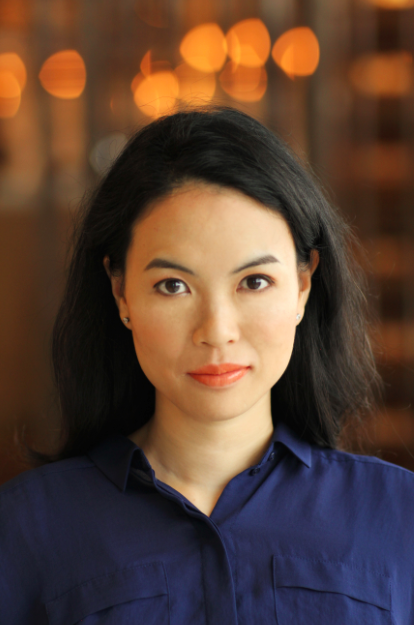 Author of the story collection, How Does a Single Blade of Grass Thank the Sun?

Balance and innovation: She’s working on a novel and a screenplay and blogs about wellness at dorettalau.com. She saves money by making lunches and abstaining from alcohol and coffee. She also prioritizes her writing, even if that means saying “no” to invitations, and refuses to write for free.

Reality check: She says receiving a Canada Council grant in 2014 felt like winning the lottery (it was $12,000). She now lives in Hong Kong but when she lived in Vancouver in the early 2000s she says it was more affordable: she could tutor, deejay and interview bands for the alt-weekly and get by.

Advice: “Make sure you have a big project in progress and that everything you do is in service of completing it.”

Balance and innovation: He moved back to Winnipeg from Toronto last year and is working on the next collection for Train Yards, producing one of his plays at the University of Manitoba and writing a poetry chapbook.

Reality check: Like many of us he struggles to stay positive: “My challenges are all mental hurdles, based on reality—the feeling of everything being for nothing, where every step forward is threatened with two steps backward.”

Advice: “If you’re an artist in a large city, take advantage of all the opportunities available, and if you’re in a small city, know as many like-minded people as possible.”

Balance and innovation: Her band Werewolves, Beware! toured with The Pack A.D. and she co-founded IF WHEN NOW YES, a performance company. To get by, she gave away and sold almost all of her belongings and splits her time between Alberta, BC and Toronto: “My expenses are so simplified that I’ll never need to do 40 hours at a side job. I have dominion over my time and I value that above anything else.”

Reality check: All of her income from music and dance productions goes back into making more. She focuses on staying healthy and reducing stress amidst zero job security: “Every year I have no idea what work will come my way, but it’s a kind of mystery I’ve always loved.” 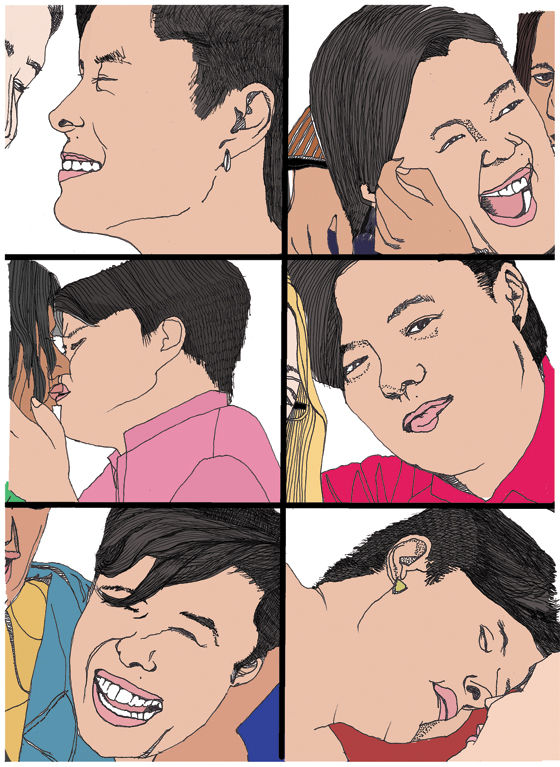 Income sources: Back at school studying art history after freelancing and working in galleries.

Balance and innovation: They found success turning comics into practical objects like calendars, notebooks, jewellery and zines (see @elisha_lim on Instagram), and that’s helping sustain them through school as a side hustle, alongside personal loans and savings. Going back to school marked a shift for them but at the height of their practice they felt alive: “Every day I was making art I cared about. It’s worthwhile and I think it changes the world.”

Reality check: “The challenge is getting to the end of the month and barely having enough to pay your rent. It’s depressing.” But they also note artists aren’t precious: “I’d fight for more social welfare so everyone can afford to eat and pay rent. I think any mom who feeds their kids is doing good work.”

Advice: “If you don’t have the privilege of a white guy, niches are crucial. Sell zines at a queer zine festival, submit your films to the Real Asian Film Festival. Find an audience in any subculture you belong to.” They also recommend every artist download a budgeting app, like EveryDollar.

Game and movie writer/producer, background as a graphic and prose novelist

Balance and innovation: Munroe published his first novel with Harper Collins in the ’90s, then decided to self-publish his work. He spent a decade publishing his own books then became interested in games. He also poured energy into arts community organizing, which raised his profile and helped build his network of pals and allies. He says he “continues to strive to bring something beautiful and necessary into the world.”

Reality check: He says he usually has to work at something for about five years for free earning any income from it, and, as a self-professed anarchist considers money as a byproduct of the cultural capital he creates. He’s also concerned about creators in their 20s: “It really sucks that this generation has to hustle because they were born too late. It’s already created conditions for anxiety and other mental problems. I feel like a lot of them are going to hit a wall by their 30s, unless things change.”

Advice: “Develop skills that are useful to other people that compliment your art practice. Become useful enough that people pay you to do those things.”

Survival tactic: Keep busy and maintain a sense of humour.

Balance and innovation: He plays bass in a lot of bands, including AA Wallace, Thomas D’Arcy, Overnight, Bankruptcy, Brent Randall, the Ossington Rippers and also for the punk/CBGB-themed offshoot of Good Enough Live Karaoke, though admits “adapting to the rehearsal schedules of seven different bands can get pretty hairy.”

Reality check: In spite of his hectic band schedule he still needs to supplement his music earnings with other work, and not every band he’s in pays. Those projects are about “hangouts and good times. That’s what being alive is for!” 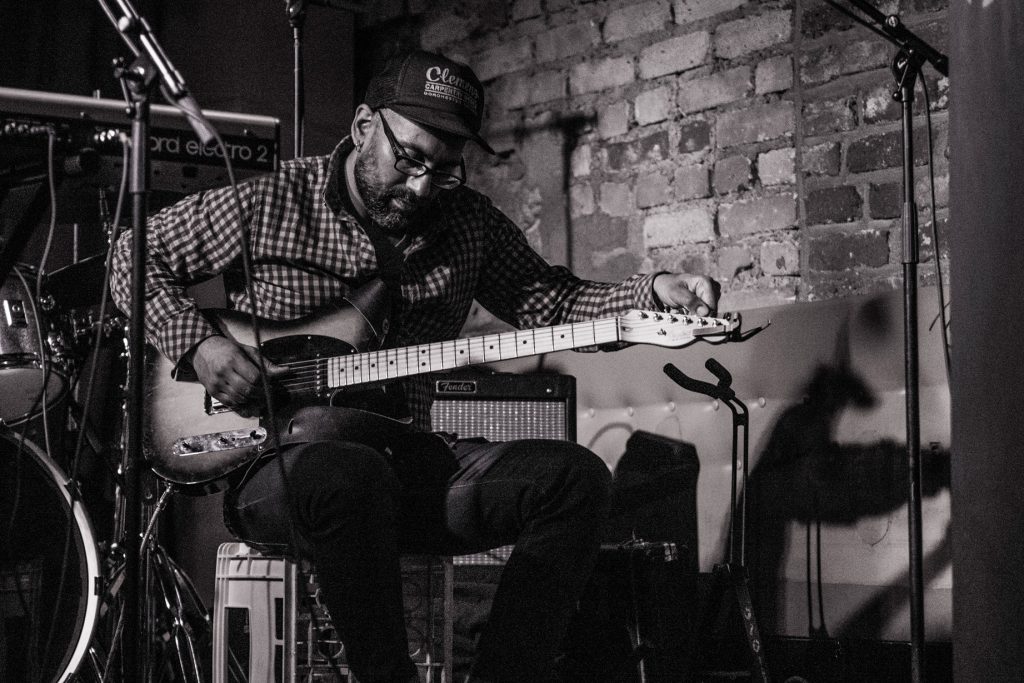 Musician in the band Brasstronaut, solo singer-songwriter and writer

Survival tactic: Follow your heart, live frugally and don’t give up.
Income sources: Creative writing instructor at the University of British Columbia, FACTOR music grants.
Balance and innovation: Before landing the teaching gig he spent a decade working in coffee shops. He advocates living frugally in a way that doesn’t feel torturous: he saves money by making lunches and rarely eating at restaurants. Music is always a priority for him and he relies on passion to stay motivated: “If you love doing it, that’s what drives you. Make good art you feel proud of and the other stuff will fall into place.”
Reality check: He says all of his creative projects have the potential to make money, but there are no guarantees: “Brasstronaut is definitely a labour of love done with friends. We’ve been at this for awhile with no windfall. We used to tour with camping gear, and now we ask for accommodations but I still have my Therm-A-Rest.”
Advice: “If you really believe in a project put your effort and passion into it. Keep trying and don’t give up.” 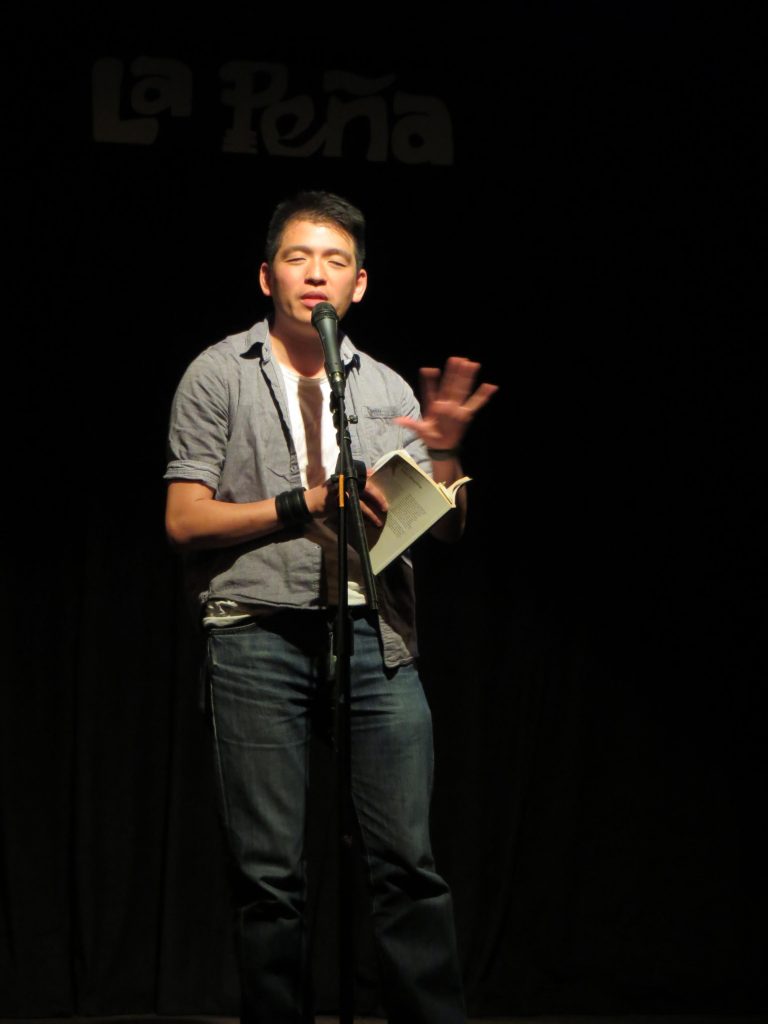 Balance and innovation: He’s writing a novel that’s a mash-up of fiction and philosophy. He emigrated to Canada last year from Australia where he helped an Australian arts organizations develop business plans as part of their funding applications.

Reality check: After teaching grant writing workshops he now advocates for changes to grants systems that would make them more diverse and more gracious to people whose first language is not English or have limited education. “I want arts funding systems that can better accommodate the breadth of artists and art practices that exist, and create fairer distributions of power in the arts.”

Advice: “Create arts funding systems that are more hospitable and just. . . support artists on low incomes in carrying out their creative practice.”

Interviews were edited and condensed.