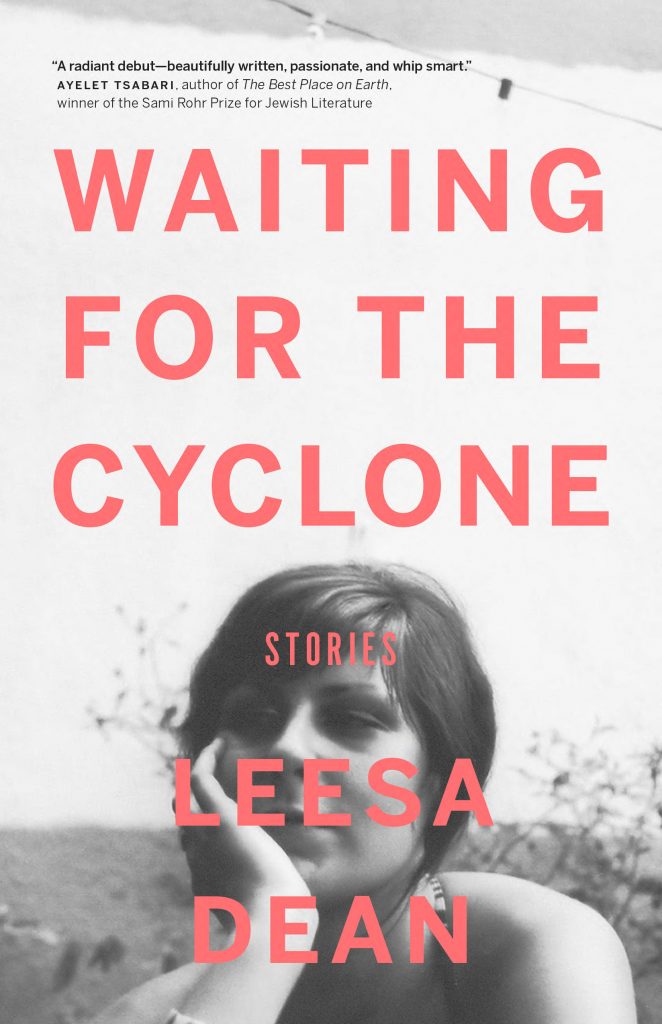 Leesa Dean’s debut collection, Waiting For The Cyclone, is tried and true storytelling. Each story has a hook, subsequent reading is effortless; each has a clear arc happily married to its characters, who are realized through believable dialogue and use of telling details: “When the phone rang, Erika straightened her skirt, as if the person on the phone would be able to see her.” The prose, erring on the side of spareness, is efficient and evocative enough to do justice to often superb plotting. The subject matter tends to be the creatively safe plight of cool young people with problems having a Real Meaningful Time.

In “Tiebreaker”, Valery avenges her brother against Christian, whom she randomly encounters while hitchhiking; she manages to draw out the one-time assailant of her sibling in conversation, resulting in a satisfying comeuppance.

In the sexually electric “Conflict Zone”, Dean constructs a complex scenario mostly inside her characters’ heads, resulting in a marvellous ending where the psychological and physical coalesce at the revelation of the true motivation behind Alex’s decision to go away, and what it has cost him.

“Libertad” is told backwards, a “Dude, Where’s my Monogamy?” set in a well-drawn tropical locale. Alison tries to figure out how she ended up in bed next to a stranger in a hotel made of driftwood, which “looked like it had been built by pirates. Dream catchers and mobiles dangled from cage-like balconies and tiny seashells spelled out Posada la Palma over the entrance.”

The book’s blurb offers that it runs counter to a tendency for fictional female characters to be unrealistic ideals. I felt Dean’s deviation from this supposed norm was a byproduct of a moral balancing she favours between her characters, resulting in a lot of them being all-too-human, victims internally or externally, or simply weak-willed. The plot device of one character withholding important information from another out of little more than inertia feels overused. This sort of thing can result in a slight hollowness where meaning might have been, but it also prevents any suspicion of Dean being a masked didact nicking her characters’ autonomy. (Feliks Jezioranski)