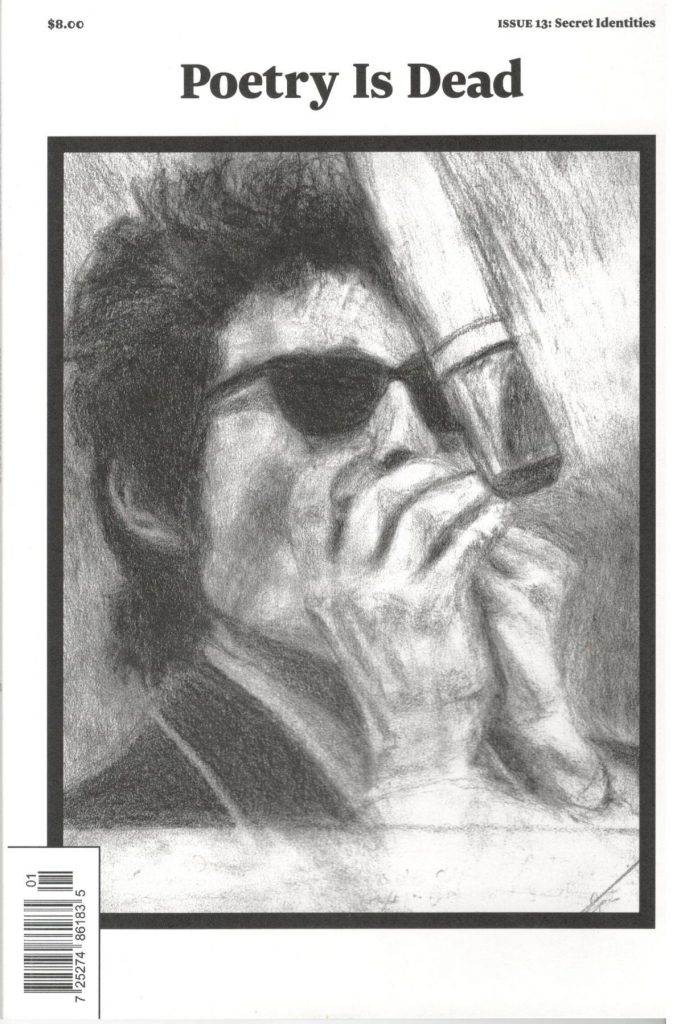 For this themed 13th issue, submitters were given a choice: send prose poetry, poems about superheroes, or a combination of the two.
Several writers approached the task by bringing a dose of reality to the comic book world. In a prose poem about the Joker, Kim Fu conjures a room with a “wall of Robins” (the Joker has killed a few Robins over the years), where mounted sidekick heads haunt and taunt him. In Aaron Giovannone’s poem about the Teenage Mutant Ninja Turtles, we find Leonardo contemplating deeper problems than we’re used to: “I’m unaccustomed to this age — can’t tell / the drug-afflicted from the poets.”
While the superhero writing rarely disappointed, the stand-out pieces from this issue are an enigmatic sermon from Gary Barwin, who blames alien babies for all of his woes — “Alien babies, you’ve given me migraines and made me forget how to play saxophone.” — and a prose poem from Sina Queyras that presents parenthood from the perspective of great thinkers: Samuel Beckett; Jacques Derrida; Anne Carson.
The only negative for this issue: the several art contributions don’t match the theme. It’s understandable that the magazine can’t reproduce trademarked characters, but a few generic superheroes would have been welcomed. (Scott Bryson)