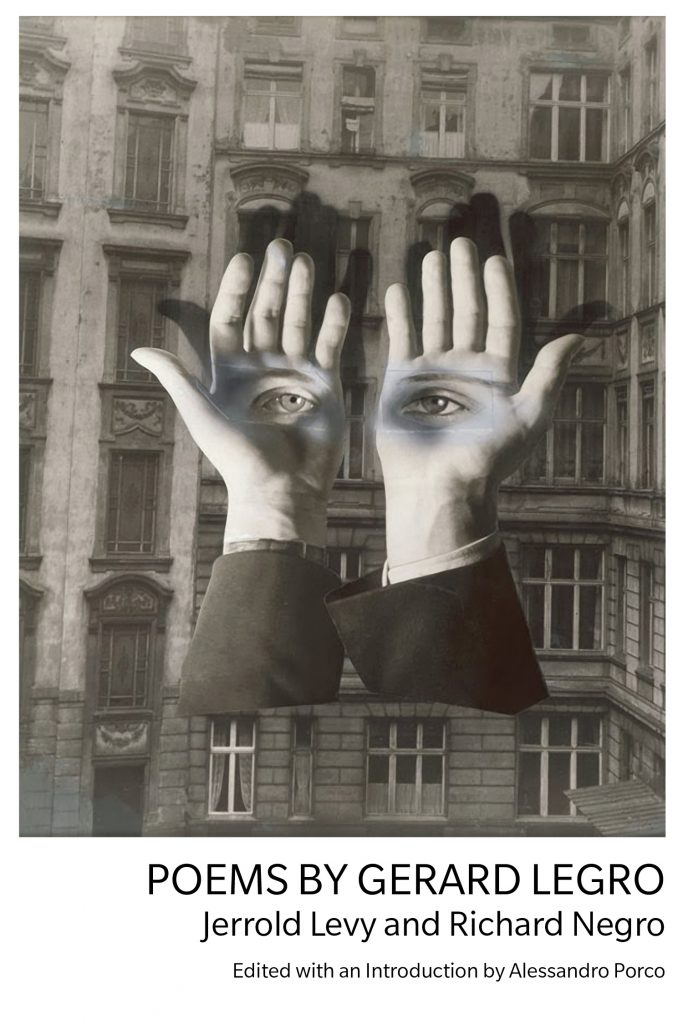 Gerard Legro was many things over the course of his life: a New York City-street urchin, a deranged, globetrotting polyglot, an early postmodern poet. Perhaps most importantly though he was a prank and literary nom du guerre for Jerrold Levy (1930-2002) and Richard Negro (1929-???), two friends who attended Black Mountain College in the late 1940s and who felt stifled by the artistic modernism pervading the school. BookThug’s reissue of Legro’s collected works, previously only distributed within the college itself, constitutes a small Black Mountain miscellany thanks to the inclusion of photos from the school and the thorough introduction and endnotes of Dr. Alessandro Porco.

The poetry itself takes up a small portion of the book, and it dextrously walks a line between stylistic experimentation and snot-nosed piss-takes on the opaque maestros of modernism. Ezra Pound and Charles Olson are spoofed in pieces which make use of frequent use of collage and are filled with scatological puns (“Through the comb twisted mountains/ Gestures of late Picassoles”) (Pg. 47), schoolyard rhyming and inside jokes. Dr. Porco’s extensive notes make the reading experience something which fans of Vladimir Nabokov’s Pale Fire will be familiar with. A short book with a very specific focus, Poems by Gerard Legro perhaps won’t win converts among those uninterested in the Black Mountain poets, but it is an impressive feat of archival necromancy and, for those with a pre-existing interest, it is well worth checking out.