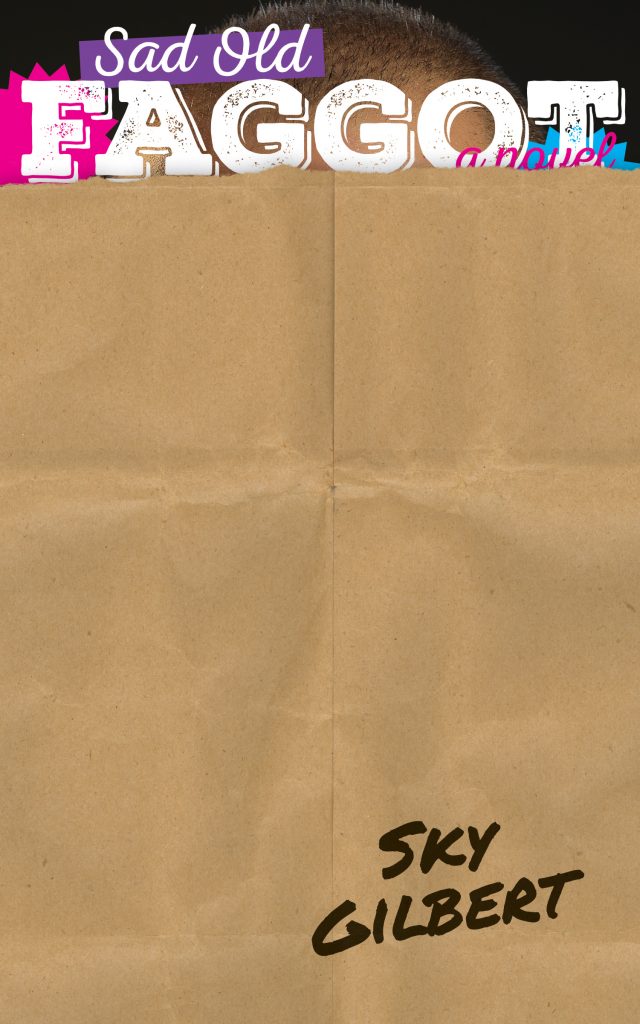 Sky Gilbert is already prepared for you to to dislike him, to write him off, to mis-recognize him for all that he’s done. And it’s true, there’s a lot about the things he says and the way he acts that make him tough to like. It’s also what’s made him famous.

In Sad Old Faggot, Gilbert goes above and beyond the self-deprecation prefigured by the title. As he puts it bluntly partway through the book, he is truly “having a hard fucking time getting old.” This is the essential confession that underscores every episode in the book, most of which are somewhat embarrassing, and increasingly endearing stories of Gilbert’s follies as he stumbles into age 62. The chapter chronicling his attempt at having sex with a female friend is called “The Ultimate Degradation,” and the chapter titled “Then There Was That Awful Night” chronicles the time he came on to a guy who viewed him as a mentor, against his better judgement. You get the idea.

So this first half of Gilbert’s memoir is swimming in regret and shame, and it’s hard to know whether to pity him or tell him he ought to have known better. He has that attitude that many good artists do, which is a simultaneous “Fuck you, I’m right” and “I hate myself and so do you.” The stories are punctuated by welcome bits of gossip and strong, unpopular and abstract opinions about art and activism. But he writes in a somewhat rocky stream-of-consciousness style, oversaturated with punchy asides that cause more motion sickness than they’re worth.

Yet for some reason I was compelled to keep reading, though it made me somewhat queasy. And I’m glad I did. The last third of the book follows Gilbert on a strange journey to Connecticut to figure out who his real rather might be, and whether he was gay (or something). What follows is a weird and wonderful story that momentarily becomes about somebody else besides Gilbert, and brings so much of the book together.

Gilbert is abrasive and unapologetic, and anyone who’s experienced his work or personality knows this already. If you’re up for that, you may find something special buried underneath all the grump. (Jonathan Valelly)